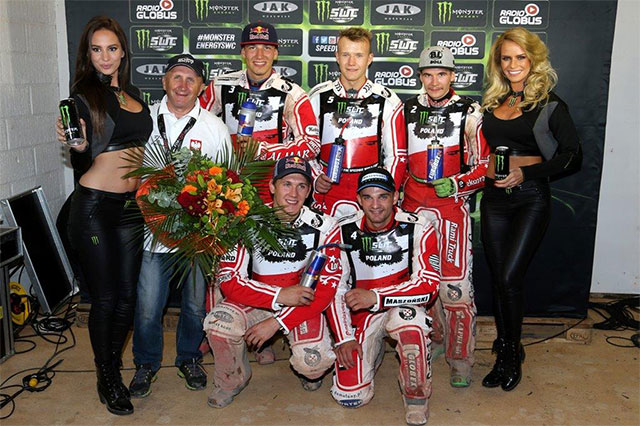 Polish hero Patryk Dudek hopes his side‰Ûªs sensational spirit will carry them to Monster Energy FIM Speedway World Cup gold after they booked their place at the Final in Manchester.

The Poles triumphed in Event 1 at Vojens on Saturday night, piling up 39 points to beat hosts Denmark (36), Russia (32) and the Czech Republic (19).

The six-time winners now join Great Britain in the Final at Manchester‰Ûªs National Speedway Stadium next Saturday, with the Danes and Russians lining up in the Race Off there on Friday night. The Czechs are eliminated.

Dudek ended a sensational night‰Ûªs work on 11 points, securing the all-important second place in heat 20 to put victory beyond doubt, before being given the bumps by his elated team mates.

The Zielona Gora and Dackarna star paid tribute to the awesome atmosphere in the Polish camp as Piotr Pawlicki also starred on 12 points, while Bartosz Zmarzlik notched nine and Maciej Janowski scored seven.

"We have a very good team spirit," Dudek said. "Every four heats we were talking and changing our setups. It was very good teamwork in the pits and I hope it will be the same in the Final. Maybe we can win?‰Û