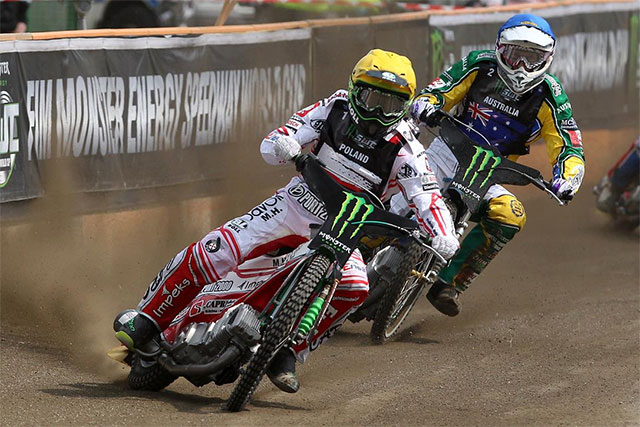 Polish shooting star Patryk Dudek has been handed a dream World Championship debut as wild card for the LOTTO Warsaw FIM Speedway Grand Prix of Poland on May 14.

The Zielona Gora and Dackarna star dons the famous No.16 race jacket for one of the biggest events on the world speedway calendar, staged at the stunning PGE Narodowy stadium.

Dudek won the FIM Speedway Under-21 World Championship in 2013 - a year which also saw him make his Monster Energy FIM Speedway World Cup debut for Poland.

The 23-year-old stepped in at the 11th hour to replace national icon Tomasz Gollob for the opening round in Czestochowa, before helping the Poles qualify for the final and playing his part as they lifted the Ove Fundin Trophy at the Marketa Stadium in Prague.

Dudek ended the 2015 season in sublime form and has taken his high scoring into this year to earn tonight‰Ûªs huge opportunity at Poland‰Ûªs biggest speedway event.

He is joined at PGE Narodowy by track reserves Maksym Drabik and Pawel Przedpelski.

Drabik, who lines up at No.17, races for Wroclaw in the Polish Ekstraliga and played a key role as they reached last year‰Ûªs play-off final. He‰Ûªs the son of former World Team Cup winner, SGP star and double Polish champion Slawomir Drabik.

Torun and Smederna rider Przedpelski takes the No.18 race jacket. The 2015 FIM Speedway Under-21 World Championship finalist is tipped as one of the favourites for this year‰Ûªs world junior title.

The referee for the LOTTO Warsaw SGP of Poland is Krister Gardell from Sweden.