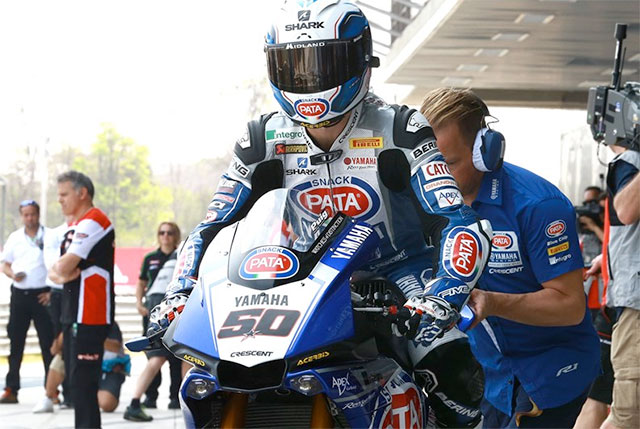 Excited by the prospect of racing their WorldSBK-spec YZF-R1's on European soil for the first time, Pata Yamaha Official WorldSBK Team's Alex Lowes and Sylvain Guintoli are looking forward to round three of the 2016 MOTUL FIM Superbike World Championship at Motorland Aragon this weekend.

Buoyed by his points-scoring finishes in each of the first four races, Frenchman Sylvain Guintoli is eager to continue the development work undertaken already in the year's opening quarter. With progress already made and updates continuing race-by-race.

"After a solid start to 2016 in Australia and Thailand, I am looking forward to carrying on the development of the World Superbike YZF-R1 as the season really kicks in with the European rounds. We have some new parts to try in Aragon as well as continuing the work already started with the electronics strategies. So it will be back to work as normal on Friday morning," Guintoli said.

Alex Lowes is just as impatient to get back to work and put his turbulent start behind him with a good showing at the Spanish circuit.

"I'm looking forward to getting back out on the YZF-R1 at Aragon this week," Lowes said. "The team have been working hard on development since the Thai races so I'm looking to close the gap on the guys in front. I'm anxious to see how quickly we can improve and take the next steps in the project and push hard for our first podium of the year as we move into Europe."

The Pata Yamaha Official WorldSBK Team commences track action at 10:15 local time on Friday 1st April for the first of the day's two, hour-long free practice sessions, while lights go out for the two 18-lap races at 13:00 on both Saturday and Sunday. 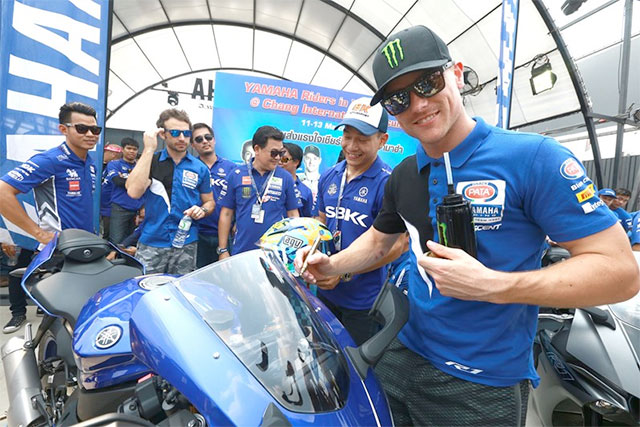