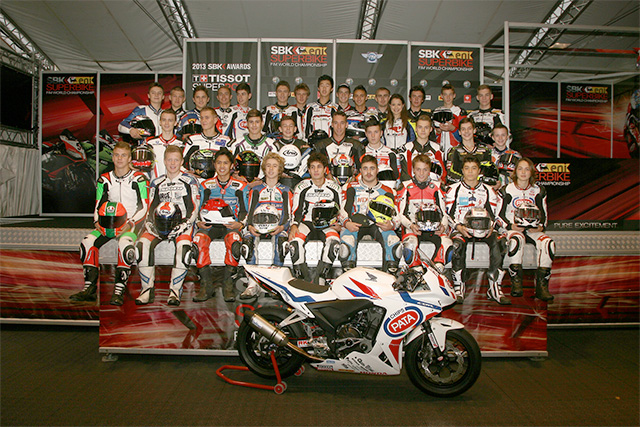 The Pata European Junior Cup, powered by Honda, will again feature at eight rounds of the eni FIM Superbike World Championship in 2014, it was announced at Jerez in Spain yesterday.

Designed specifically to identify potential future racing champions, the series is open to young racers from all over the world aged between 14 and 19 who will compete on identically-prepared Honda CBR500R machines, once again with the continued support of Italian snack manufacturer Pata.

The championship was launched a year ago at the EICMA show in Milan with the Pata Honda World Superbike team‰Ûªs Jonathan Rea riding Honda‰Ûªs new CBR500R on to the stage in front of the world‰Ûªs media.

Since then, 46 riders from 18 countiries around the world have shared the World Superbike championship paddock and circuits with some of the world‰Ûªs finest racers and most influential racing people.

This year, the European Junior Cup has produced some of the closest and most exciting races of the 2013 SBK season. With the final race due to take place at Jerez tomorrow (Sunday), eight riders still have a mathematical chance of claiming the title.

Gerry Bryce - series director, said, "We are very pleased to continue working with Dorna SBK, Honda and Pata Chips. The European Junior Cup has grown in stature year-on-year and for 2013 we have been privileged to have some of the best young racers from around the world competing. Jerez will be a very exciting conclusion to what has been a great season for us all and it will produce a worthy champion. We look forward now to working with a new class of talented teen racers in 2014."

Carlo Fiorani - racing operations manager, Honda Motor Europe, added, "Honda‰Ûªs involvement in the European Junior Cup has been an incredible success; even more than our expectations. This is not only from a sporting and technical aspect but also from a human point of view. The relationship between competitors and parents in the EJC paddock has been great and we are very happy to renew our own relationship with the series in 2014. From a commercial point of view, the Honda CBR500R has also been a great success in the market, based on its performance and its sporting appeal to young riders, so we are happy with all aspects of the relationship."

Daniel Carrera - WSBK championship director, Dorna, concluded, "We are delighted to continue offering the possibility to young riders to start their careers with fully production bikes provided by Honda, sharing and living in the same paddock as the big stars of the eni FIM Superbike World Championship. They have provided very exciting races during the last seasons and we are confident that we can still grow up together to establish this competition as the initial springboard for our championship." 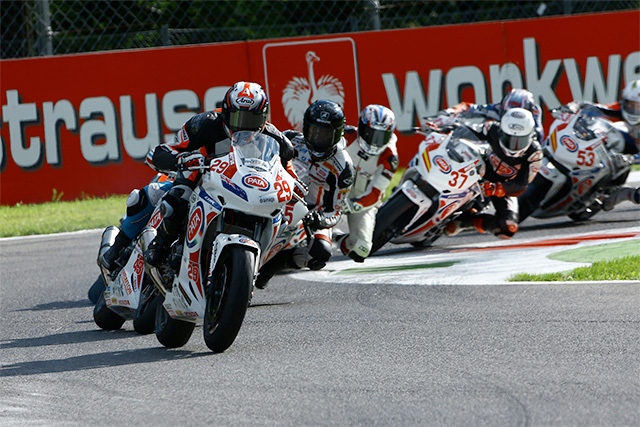