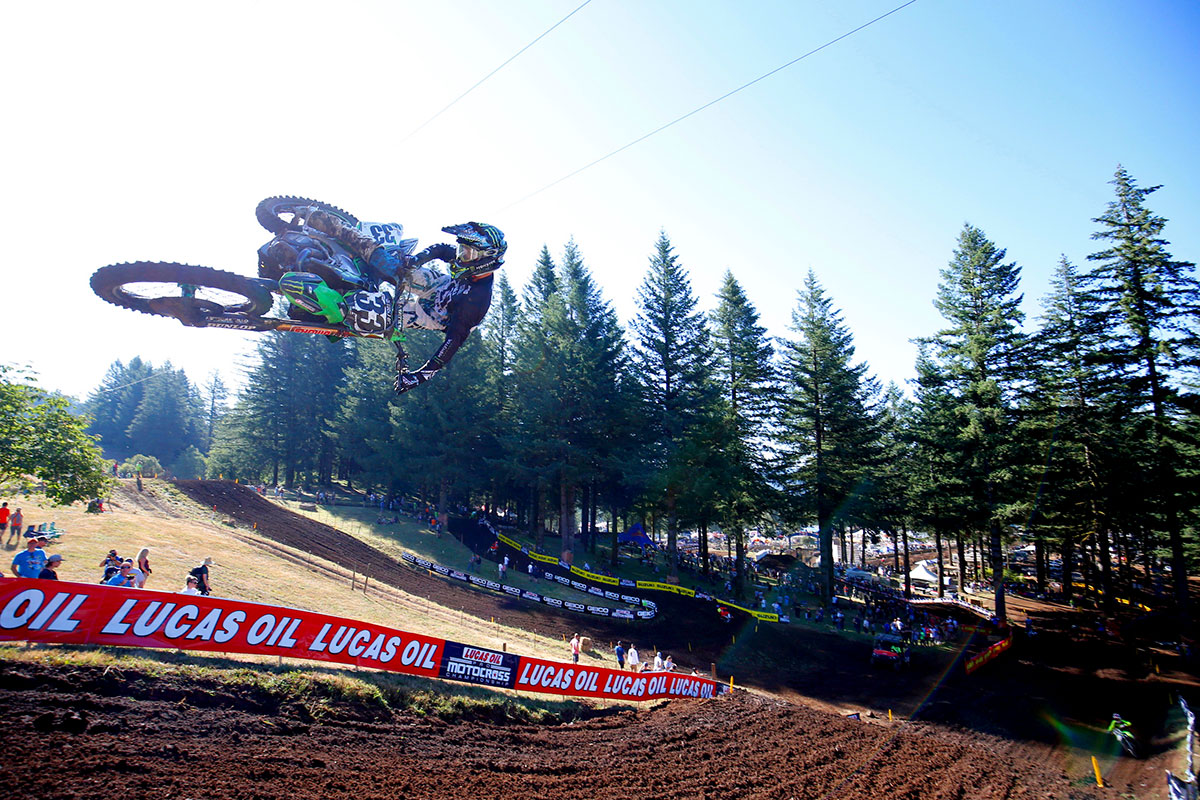 Josh Grant was flying high until pain saw him sit out the second moto at Washougal
Josh Grant has made his season debut at Round 9 of the 2018 AMA Pro Motocross Championship after missing the start of the season with a serious ankle injury.

In his first race in six months at the Washougal National Grant rode impressively as he shot off the gate in fifth in the opening moto.

Unfortunately, the technical and hard-packed clay track turned out to be too rough on Grant‰Ûªs newly recuperated ankle injury, causing him to lose positions until he crossed the finish line in thenth. Due to ongoing pain Grant withdraw from the second moto.

‰ÛÏI was really excited to come back for Washougal, and felt great in that first moto,‰Û