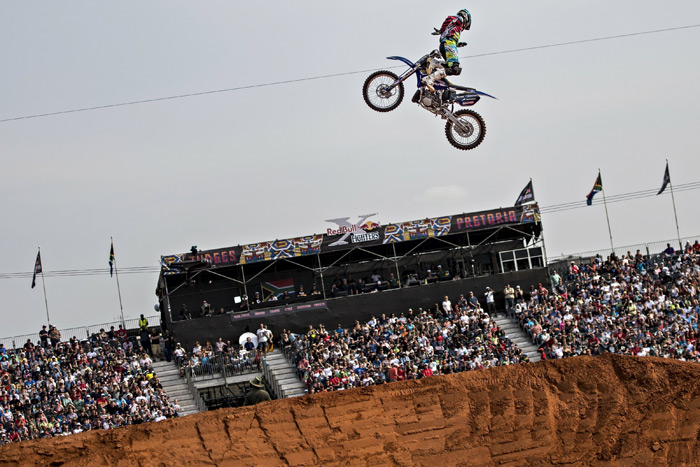 Tom PagÌ¬s of France and Clinton Moore of Australia delivered a Final for the ages on Saturday in front of 17,000 wild fans at the return of the Red Bull X-Fighters World Tour to Pretoria, South Africa. PagÌ¬s claimed the top step of the podium with Moore in second, while Taka Higashino of Japan took third.

France‰Ûªs Tom PagÌ¬s, the innovator who has changed the game in freestyle motocross, shook up the 2015 World Tour standings as well with an electrifying triumph in the Red Bull X-Fighters return to Pretoria, South Africa on September 12.

PagÌ¬s faced the man who has clung to the top of the overall leaderboard all season, Clinton Moore of Australia, in a flawless Final where both riders served up tricks that were unimaginable in seasons past.

Moore drew roars from the 17,000 spectators, delivering his signature Bundy and the first dirt-to-dirt Volt ever landed in competition on the unique track‰Ûªs double line.

But PagÌ¬s has the biggest bag of tricks in the sport, and, going last, he rode like a man possessed. The Frenchman threw down his signature Alley-Oop Flair, Bike Flip and Special Flip, as well as the Transfer Flip he just added to his tricklist, to claim the unanimous votes of all five judges.

The result ties PagÌ¬s and Moore in the points at the top of the overall standings in the world‰Ûªs most prestigious freestyle motocross series, setting up what‰Ûªs sure to be an epic showdown at the season finale in Abu Dhabi on October 30. 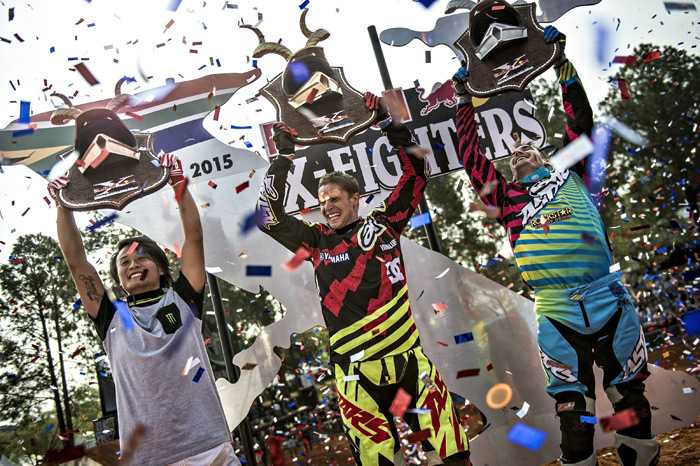 Top Image: Aussie Clinton Moore is tied on top of the Red Bull X-Fighters standings after a epic duel with Pages in South Africa