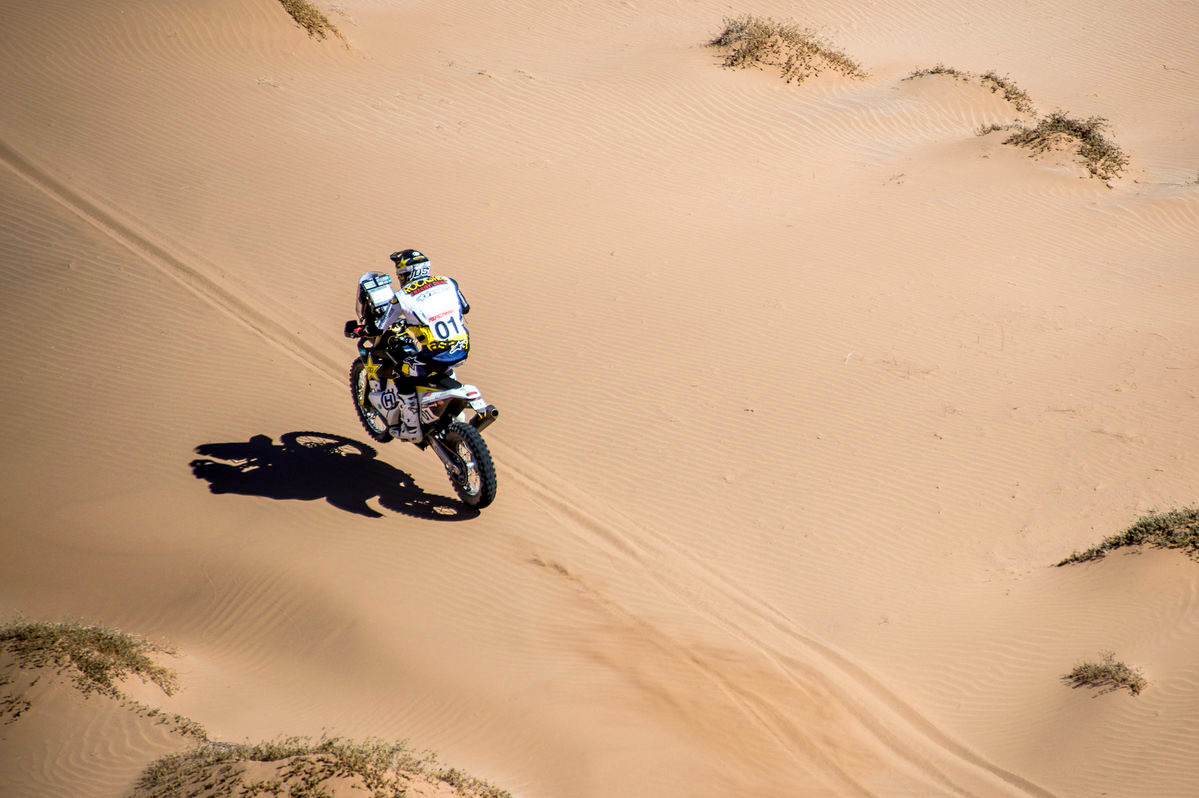 World Champion Pablo Quintanilla blasted back into the lead of the 2018 Atacama Rally on stage three after clawing back almost 4 minutes on stage 3. Credit: Rally Zone
Making short work of a demanding stage three at the 2018 Atacama Rally, Pablo Quintanilla has secured stage victory and regained the lead in the event‰Ûªs provisional overall standings.

With two stages still be to run in the Chilean desert, the reigning world champion enjoys a lead of four minutes and 56 seconds in the provisional overall.

Featuring a mixture of sandy terrain and fast dusty roads, stage three of this year‰Ûªs Atacama Rally was challenging for all competitors. Making use of his vast experience in tricky stages, Pablo rode a faultless stage and was the only rider to post an overall time below the three-hour mark. Over than three minutes faster than his rivals, the Chilean rally star has taken control of the race with two more stages to go.

‰ÛÏIt was a really good day for me. Every day that goes by I feel more and more confident to push hard on my bike," Quintanilla said. "Today I had a really good start position and took advantage of it. I tried to remain focused on my navigation and it paid off. I am happy with this stage victory. We‰Ûªre making great progress despite this being a physically demanding rally. Fortunately, the pain on my injured back is not so bad and I can ride the way I know how to. Everything has been going according to plan and I will try to keep this momentum going until the end of the event.‰Û 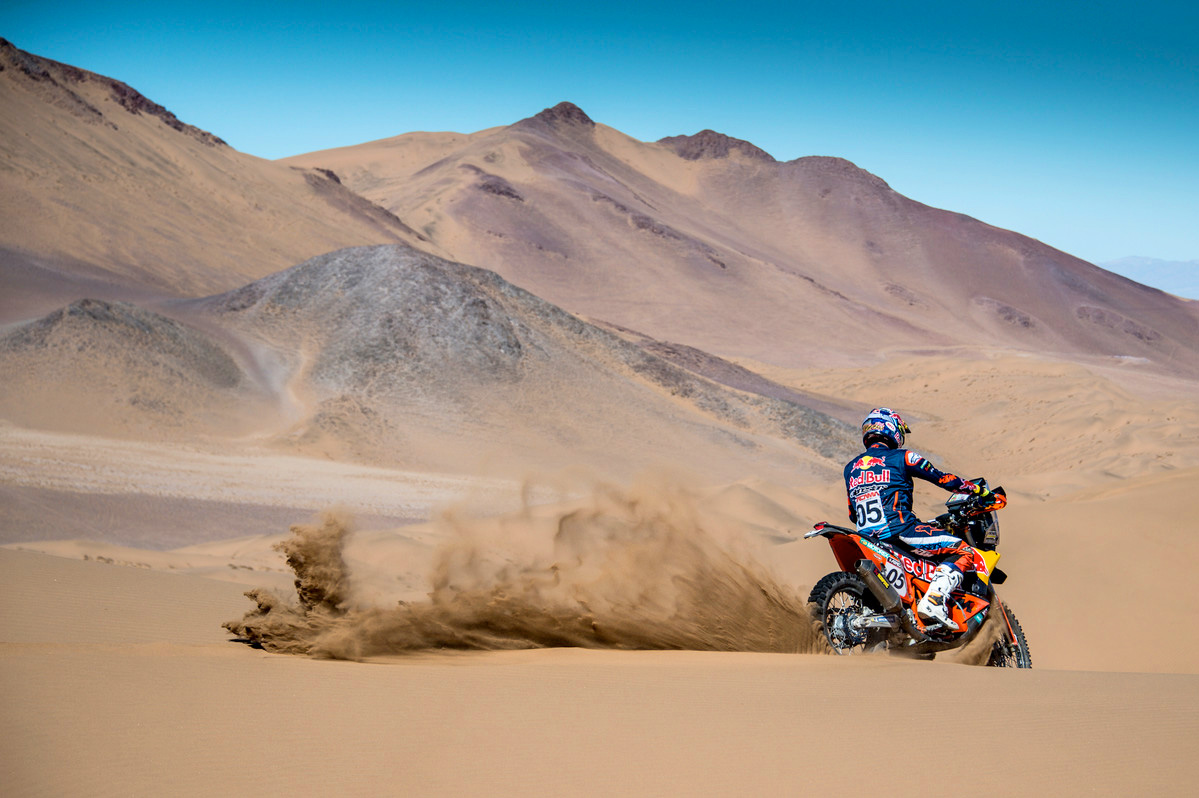 Setting off second in the morning following his performance on the previous day‰Ûªs stage, Sunderland immediately pushed hard to try and close the gap on Honda's Kevin Benavides ahead of him. Despite the tough terrain and challenging navigation, the Brit was able to maintain a strong pace and close down the gap to his competitors.

‰ÛÏI enjoyed the stage today, I was a little worried that running near the front would result in me losing some time but I was able to push pretty hard straight from the start," Sunderland said. "About 50km in there was a tricky spot to find and I spent a little time searching, but I think everyone had the same issue. I am starting to feel more comfortable on the bike and I‰Ûªm getting used to the road book a little more. Tomorrow I‰Ûªll push again and try to climb even higher in the standings.‰Û 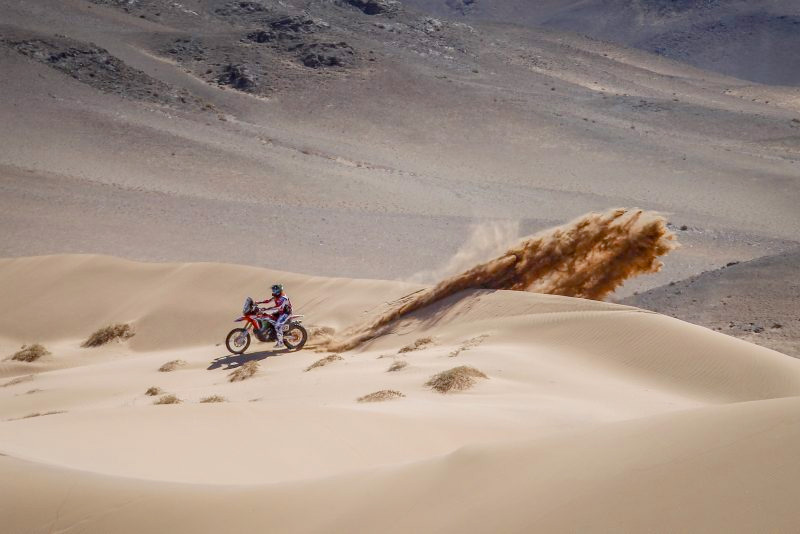 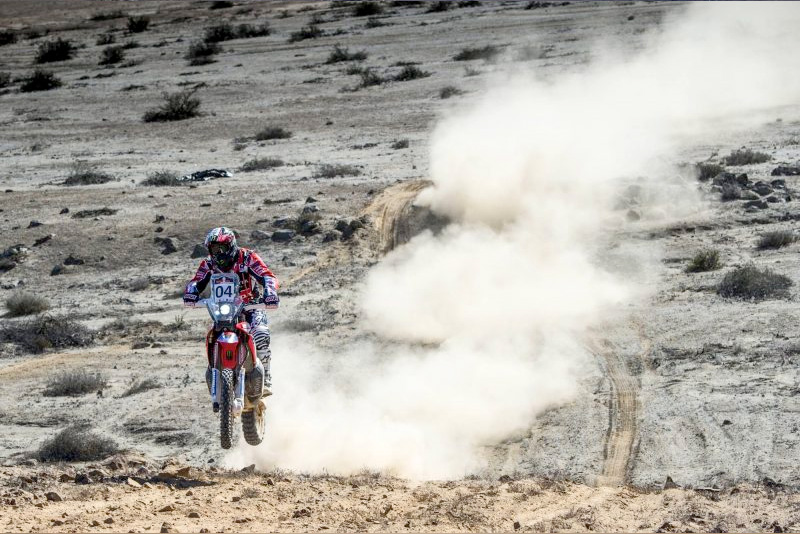 Honda's Paulo GonÌ¤alves finished 4th, despite getting lost on the stage. Credit: Rally Zone
Paulo GonÌ¤alves improved from the previous days and finished one minute behind his Monster Energy Honda team-mate, in fourth position.

"It was a stage with lots of sand and dunes," GonÌ¤alves explained. "I did a lot better despite getting lost at kilometre 75 which meant that I dropped quite a bit of time. I keep on improving and managed to keep up a similar pace to the front-runners. The bike is going well and I hope to continue attacking over the next two days." 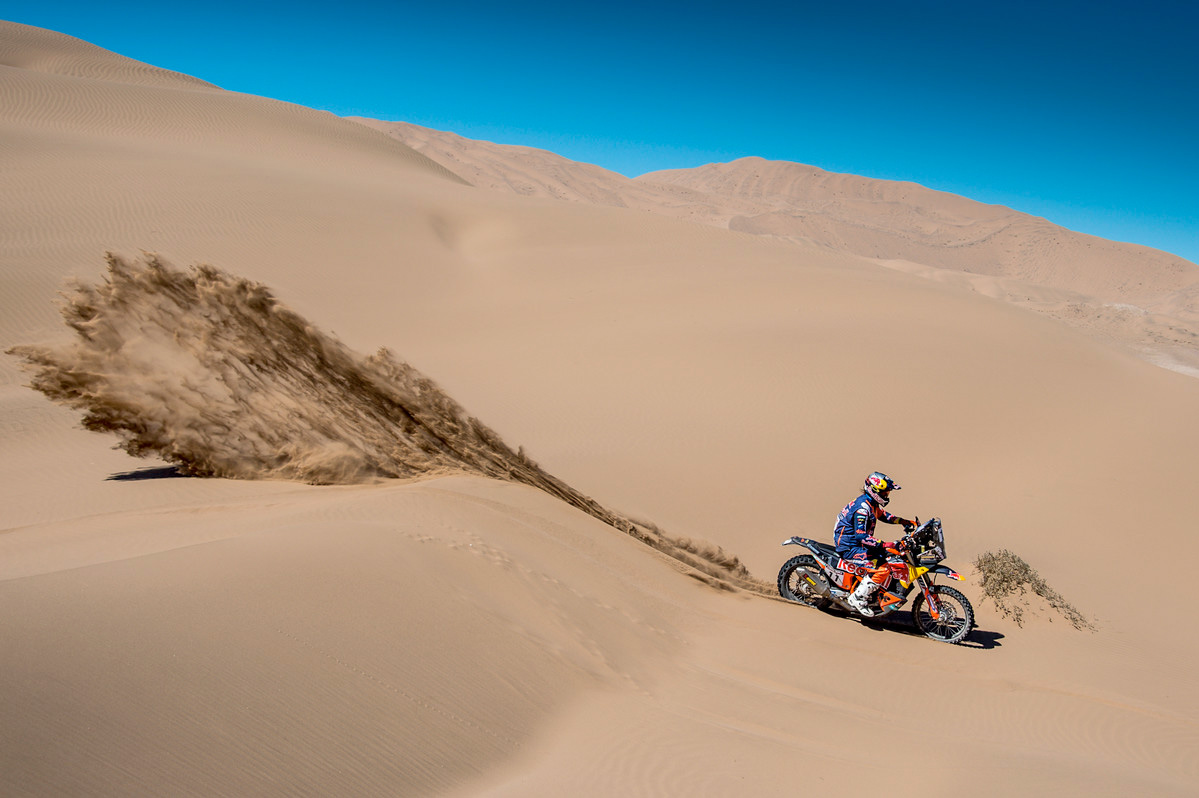 ‰ÛÏI felt pretty good today, navigation was tricky and there was one waypoint in particular that was hard to find," Price said. "I did lose a little time on that one but overall, I am pleased with my pace over the majority of the stage. The pace at the front is really fast and it‰Ûªs tricky to make up any time but I‰Ûªll keep on riding consistently and hopefully have another good day tomorrow.‰Û 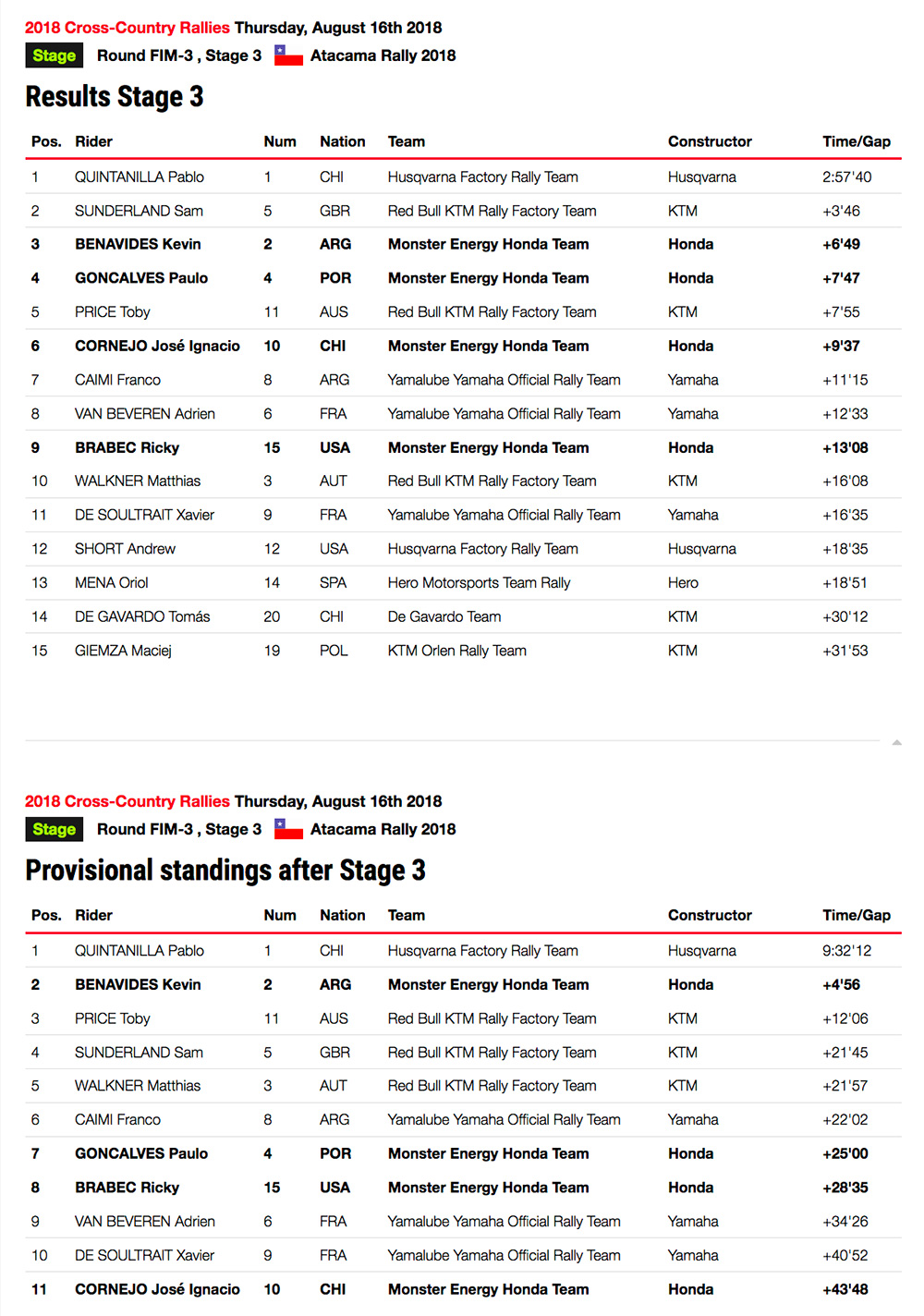