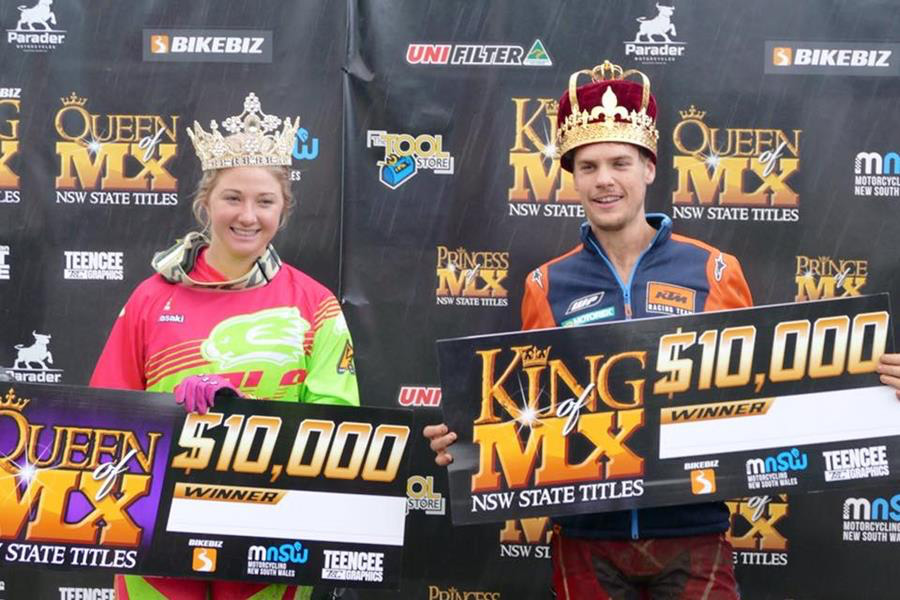 The 2018 King and Queen of MX, Meghan Rutledge and Luke Clout
With 21 new NSW State Motocross Champions as well as a King and Queen of MX, Motorcycling NSW has confirmed, thanks to event sponsors and organisers, that over $42,000 in cash and prizes has been awarded to racers in the King of MX NSW State Motocross Championship final.

All three riders to make the podium in each class, from juniors through to seniors, took home their share of the prize purse while select senior classes were paid all the way to fifth place for their efforts to be the best racers in NSW.

"We had a few different aims when we started planning the new-look State Titles," MNSW CEO, Dave Cooke said. "We wanted an event that gave riders all over NSW an equal opportunity to compete, and we wanted to create an event where just qualifying to ride at the final was an achievement in itself, so that everyone competing at the final would feel like a winner, not just those who finished with a championship medal.

"We also wanted to turn it into an event that was truly about the riders, and that‰Ûªs where the King and Queen of MX idea was born. It was about providing real prize money to the riders, and truly rewarding them for their efforts. 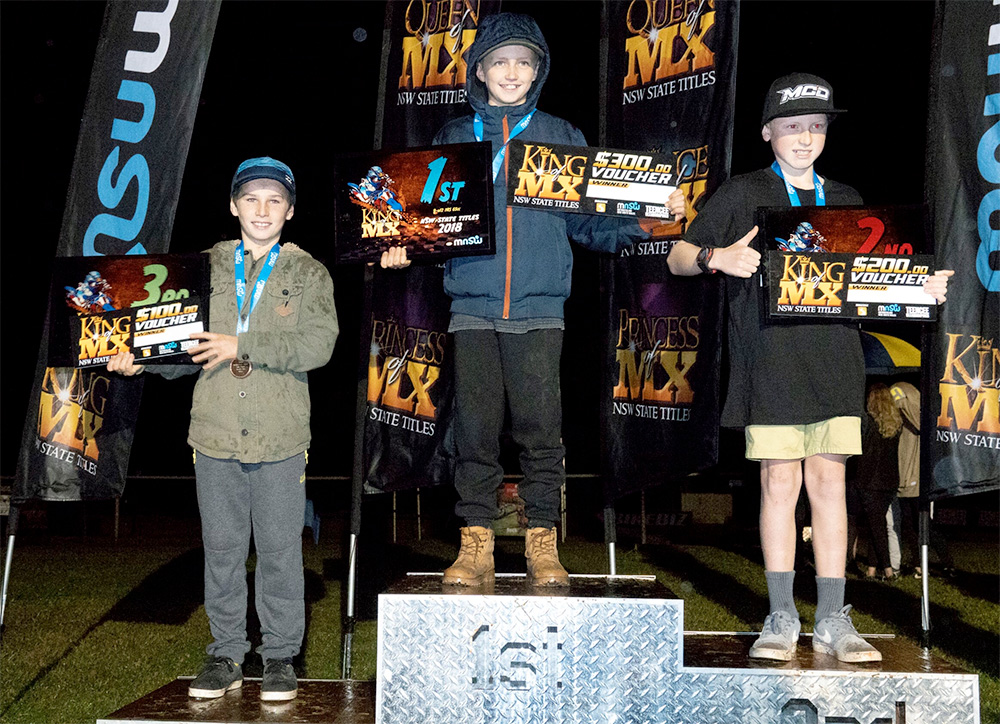 65cc 9/u12 Years podium: 1. Seth Burchell 2. Jyle Campbell 3. Koby Hantis
"It was a challenge, to say the least, to achieve those targets, and without the amazing MNSW office staff and all the volunteers and the clubs who worked so hard to put the seven events together, this event would just not have been possible.

"The generous support of Bikebiz, The Tool Store, Tee N Cee, Parader, ADB and Unifilter Australia enabled us to give back such a huge amount of prizemoney to the riders, so thank you to those companies for believing in the concept. We're already well into the planning of the 2019 King of MX to ensure we build on the success of 2018," Cooke concluded.

While dates of the 2019 NSW King of MX State Championship qualifier events can't be announced yet, those that believe they're the best motocross racers in the state should pencil in the 2019 June long weekend. 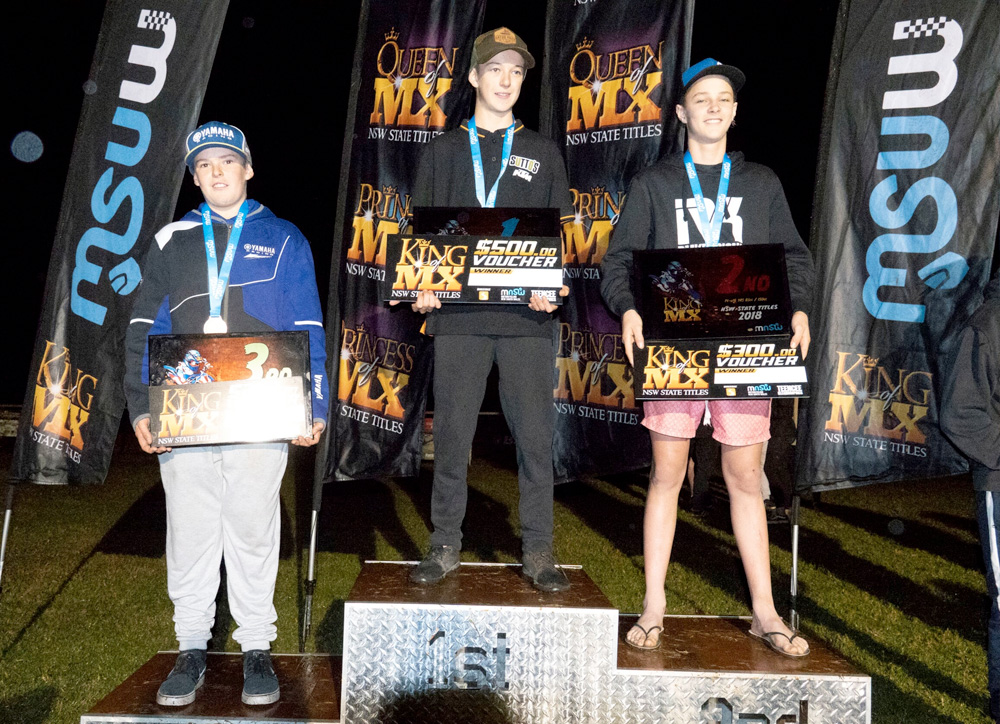