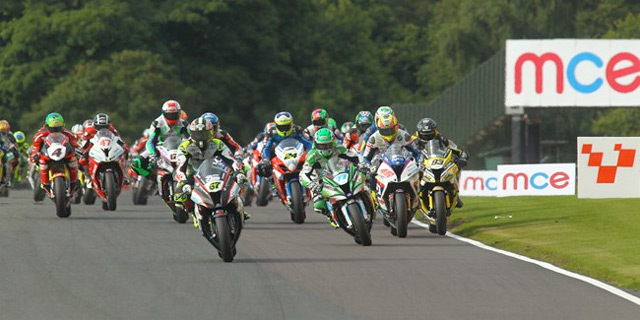 Byrne had grasped the advantage from the opening lap and had a pack of riders queuing up to try and snatch it away from him led by Tommy Bridewell with James Ellison and Danny Buchan in close contention.

Bridewell was pushing for the lead, but disaster struck the Tyco BMW rider on the seventh lap and as he closed on Byrne to try and make a move he was sidelined by a technical problem that forced him to retire. The Tyco BMW rider still holds fourth place in the overall standings despite his non-points score ahead of tomorrow's Showdown deciding two races.

That left a returning Ellison and young gun Buchan to keep pushing for the final podium positions and the Be Wiser Kawasaki rider was looking for anyway to grab the second place away from the JG Speedfit Kawasaki rider but it wasn't enough. Ellison held him off despite his best efforts to confirm his place in the Showdown six with Buchan celebrating his debut MCE BSB podium finish in third place.

Brookes had started 30th on the grid after his problem in Datatag Qualifying but the Milwaukee Yamaha delivered arguably one of his best performances to date, scything through the field to eventually score a fourth place finish with the podium contenders in his sights.

Dan Linfoot claimed fifth position after a race-long scrap with Luke Mossey as the pair both bid for the Showdown six. The Honda Racing rider narrowly had the edge by the final lap ahead of the rookie with Buildbase BMW locking out seventh and eighth with Richard Cooper and Lee Jackson respectively.

"I want to be five times BSB champion but I am not going to do that finishing in sixth or fourth or whatever." Byrne said

"I know how easily things can turn around and the team left no stone unturned to get back at the front. That race was kind of tricky, I wanted to go out and try and get away but at the same time I didn't want to go out and get away and then get 10 or 12 laps in and be doing speedway riding round the whole place!

"When I was leading I had a big push and that got me the gap but when I settled in to a pace that I knew would look after everything, and make sure I had plenty left at the end. The 67th win is finally off my back, so a massive thanks to Paul Bird and everyone who stands by me." 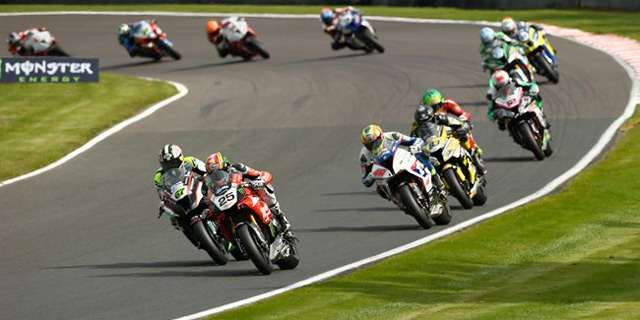 Josh Brookes has returned to the top of the MCE Insurance British Superbike Championship title fight as the Milwaukee Yamaha rider claimed the victory in the second race at Oulton Park as arch rival Shane 'Shakey' Byrne was forced out with a technical problem.

Byrne had initially led the race from the pole position but Brookes was instantly on the attack and he fired the Milwaukee Yamaha ahead to lead the second lap. The pair then swapped places again as the defending champion made a move to go ahead of Brookes at Old Hall, only for the Australian to push back in front at Shell.

The pair had Tommy Bridewell in close contention to spoil their race too and the Tyco BMW rider was looking to make a move until he suffered a huge high-side at Cascades on the fifth lap and he was out of the race for the second time this weekend.

At the front the battle continued between Brookes and Byrne but the pack behind turned into a huge scrap between Dan Linfoot, Danny Buchan, Luke Mossey and James Ellison. After his debut podium finish yesterday, Buchan eventually moved ahead and then he edged a gap to hold third.

Buchan was then promoted to second place on the penultimate lap when Byrne was forced to retire with a technical problem to his PBM Kawasaki, ending his hopes of taking the fight to Brookes on the final lap.

The intense tussle for third was then in the hands of Linfoot and Mossey and the pair traded places several times before the Honda Racing rider held the advantage on the final lap to move closer to a Showdown position at the expense of Stuart Easton who withdrew from the races with injury.

Ellison held on to fifth place for JG Speedfit Kawasaki ahead of Peter Hickman, Michael Laverty who confirmed his position in the Showdown, Richard Cooper and Christian Iddon. James Westmoreland completed the top ten.

The top five riders in the standings have now confirmed their position with sixth place to be decided in the third and final race of the weekend. Easton currently holds sixth place but only seven points separate him from Linfoot.

"It was a fast race. I could see on my dash the times we were doing, and it was much faster than race one yesterday." Brookes said. "I felt much better being able to ride at the front rather than through the pack, and I just tried to settle into a rhythm at the front. Obviously though, getting past Shakey first was the primary target.

"I felt confident a couple of times to make the pass, and finally got the lead - and set about trying to set a smooth fast rhythm.

"The plan was to bridge a gap, like I have at other events, but Shakey was having none of that! He really stayed with me, and every time I did a good lap and made a gap, he would just get right back on me. With a few laps to go, I knew it would be easier to defend a gap than a position, so I put my head down and tried hard to use the last energy I had left in reserve to just get a little clear.

"I came through and saw +10 seconds on the board - and didn't know if it was a mistake! I questioned for a minute 'did I see that right?' until I was able to look over my shoulder and see there was no one there. It's funny how things work out, isn't it? I try and not get too cocky when things are going right; I just keep my head down and do the best I can. Misfortune can come at any time!" 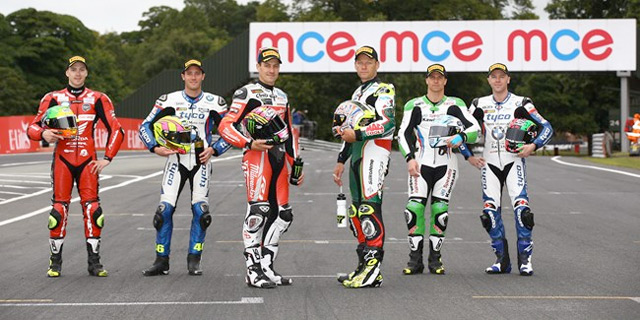 Shane 'Shakey' Byrne celebrated the final race win of the triple-header weekend at Oulton Park by just 0.394s from arch rival Josh Brookes but the defending champion still trails the Milwaukee Yamaha rider by just two points ahead of the Showdown opener at Assen.

Brookes had fired himself into the lead on the opening lap as he bid to repeat his winning performance from earlier in the day. He held the advantage from Byrne and Tommy Bridewell who bounced back from a huge crash to be running third for Tyco BMW.

The Nissan GT-R Safety Car was deployed on the eighth lap when Shaun Winfield crashed at Old Hall and as the pack lined up behind, Brookes still had the advantage from Byrne, Bridewell and Dan Linfoot who was pushing to confirm his Showdown position.

As the race resumed Byrne went for a lunge at Old Hall on Brookes but ran wide and dropped himself down to fourth as the pack took advantage of his error. The PBM Kawasaki rider was fighting back and he passed Bridewell with a determined move at Shell Oils corner to move back into second place two laps later.

Brookes and Byrne were inseparable at the front after marginally bridging Bridewell and the pair were dicing for the lead. Byrne made a move at Shell Oils corner to give him the advantage and Brookes did everything possible to recapture the lead but he was forced to settle for second, but arrives as the series leader for the opening Showdown round at Assen.

Bridewell celebrated third place ahead of Danny Buchan and James Ellison; the Tyco BMW rider holding fourth in the standings behind Ellison and the JG Speedfit Kawasaki team ahead of Assen.

Dan Linfoot did enough to claim the final place in the Showdown in sixth place for Honda Racing, holding off Richard Cooper and Christian Iddon. Ryuichi Kiyonari and Howie Mainwaring completed the top ten.