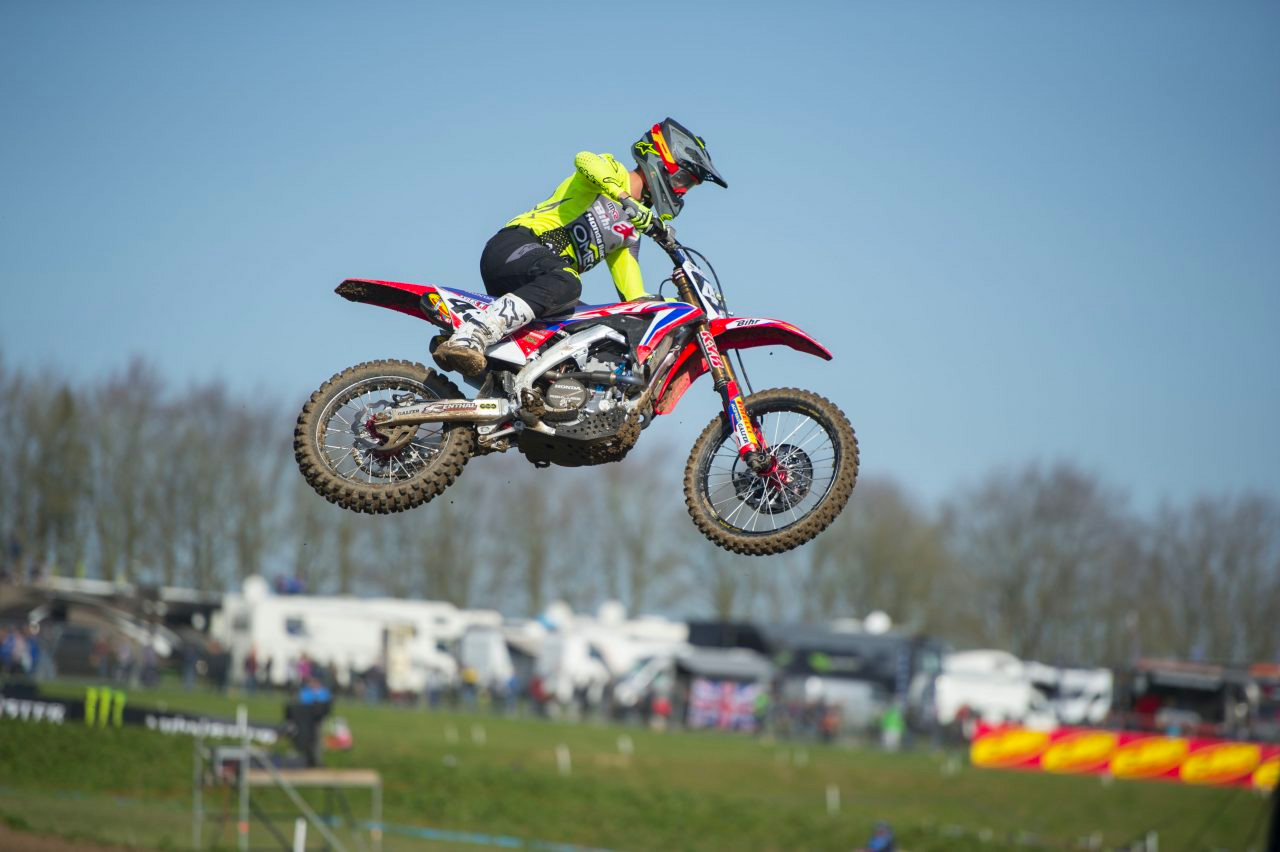 Mitch Evans at Matterley Basin in the UK. Photo: Bavo
A fall in the opening moto of round two of the MX2 World Motocross Championship has cost Australian Mitch Evans the chance of repeating his opening round podium performance.

The Team Honda 114 Motorsport rider crashed during the opening moto at the MXGP of Great Britain at Matterley Basin and was forced to pull into the pits to have work done on the clutch. The time in the pits being costly with the Queenslander forced to accept a thirty-fourth place finish and zero points.

Following a mid-pack start in moto two Evans staged a spirited fightback to claw his way back to eighth place and enough points to claim fifteenth for the round.

Bad starts in both motos didn‰Ûªt do me any favours. After a small crash in moto one I had to make a pit stop to fix my clutch to stop it from slipping, which left me almost a lap down. I will continue to work on my starts, and we should be sweet.

Despite the hiccup, Evans sits eighth overall in the championship with a lot of racing left in the season. Evans will be back on track next weekend for the MXGP of The Netherlands at the challenging Valkenswaard circuit in Holland. 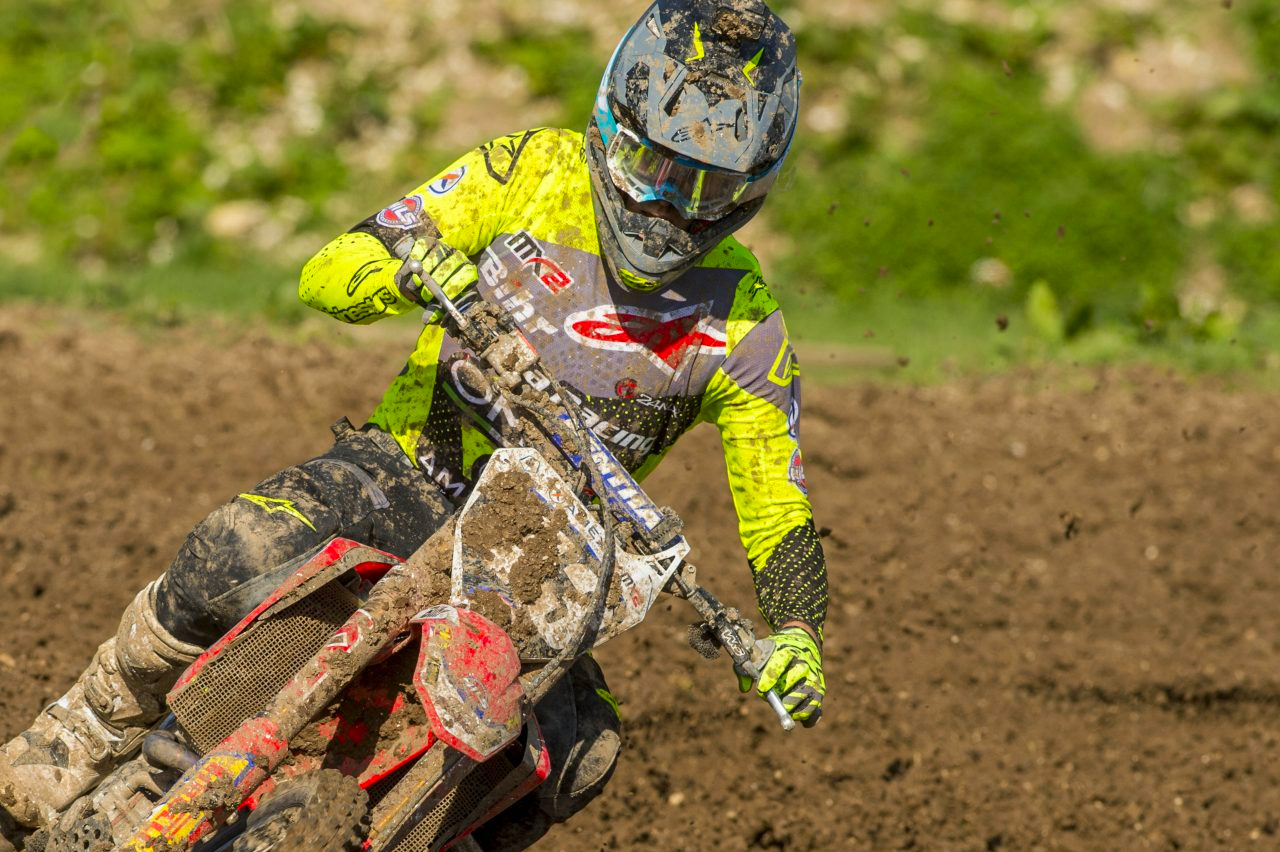 Mitch Evans at Matterley Basin in the UK. Photo: Bavo