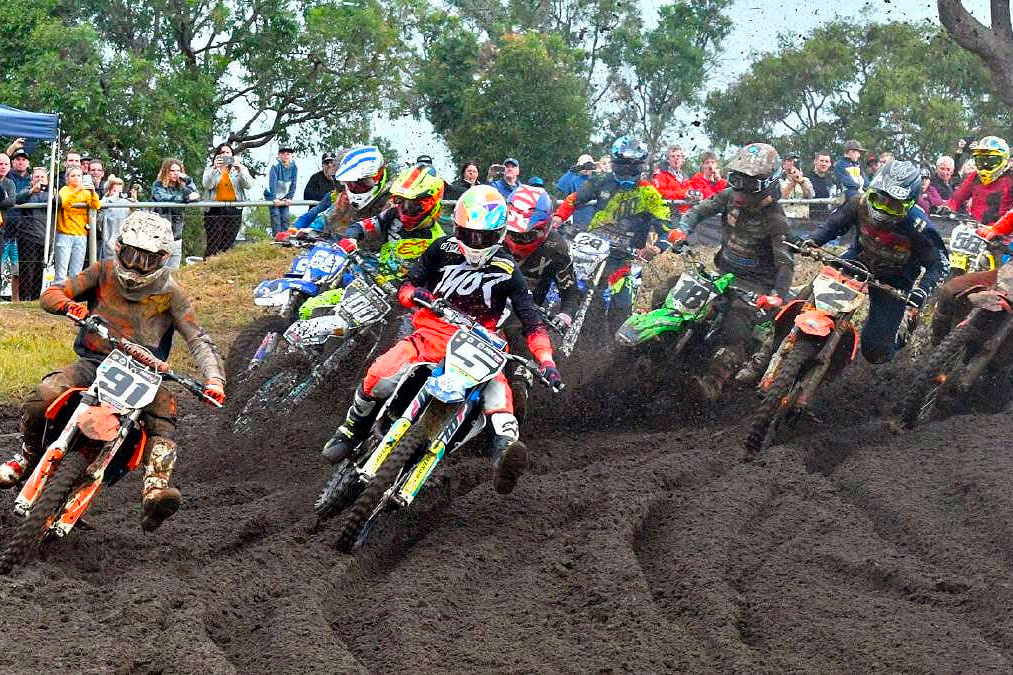 The 2018 The King Of MX field was packed with talent and produced some great racing.
With one week to go until entries close for the first of six King of MX qualifiers, the list of competitors continues to grow for the Appin event on February 15 and 16, hosted by Macarthur Motorcycle Club.

The King of MX Qualifiers give you the opportunity to race an event with some of the best riders, not only in the state, but the country. The 21 classes cater to all rider levels, and with six or seven (see event calendar below) top qualifiers at each event earning a Golden Ticket, the chances of making it to the final are in your favour.

Those racers who perform well in their chosen class final will then have the opportunity to race in the King of MX Feature Race for senior men or the Queen of MX feature race for senior women to battle it out over a 10-minute, winner-takes-all, sprint race for $10,000 each.

‰ÛÏ2018 was a learning year for us, and the first year of King Of MX ended up being a huge success," Motorcycling NSW's Dave Cooke said. "The number of competitors at last years final proved our concept was good, and with the feedback we've had from those at the events, we're working hard to ensure the King of MX continues to grow and offers our racers a chance to compete and associate with other racers across the state.

"The great thing about the King of MX is it allows every rider in the state to turn up and have a crack at a Golden Ticket to the finals, whether you are one of the elite riders in the sport or a rider who prefers to focus on club events. We don‰Ûªt have room for the big semi-trailers, so anybody could find themselves sitting in the pits alongside our top pros, like last year‰Ûªs King Of MX winner Luke Clout. The King of MX is a professional event that retains a family-friendly atmosphere in competitive racing, and we want everyone to come along and be part of it. It‰Ûªs an awesome experience.‰Û