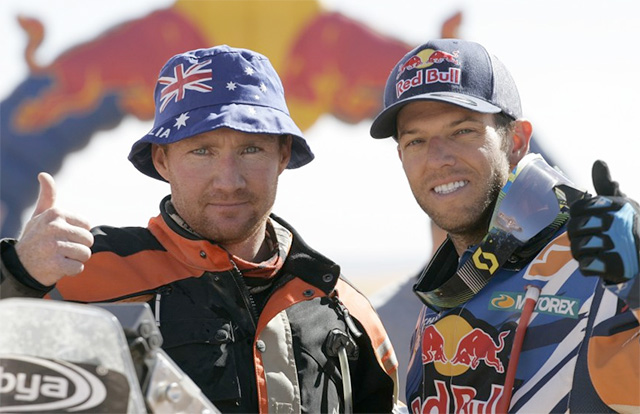 If he hadn‰Ûªt already done so, HSE Motorex KTM‰Ûªs King of the Desert Ben Grabham has announced his presence on the international cross country rallies arena in no uncertain terms with a victory in the final stage of the OiLibya Rally in Morocco.

Thirty-one year-old Grabham, from Bathurst, won the last day of the sixth and final round of the FIM Cross-Country Rallies World Championship by over a minute from Helder Rodrigues (Honda) and KTM Red Bull Rally Factory rider Kurt Caselli.

Grabham had visited Coma in Spain directly before the Morocco Rally and trained with the three-time Dakar champion on navigation ‰ÛÒ an investment which the Aussie hopes will help him toward his goal in the world‰Ûªs biggest off-road race, the Dakar Rally. 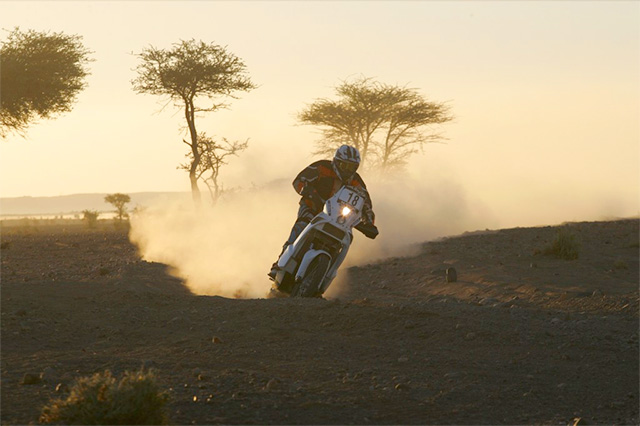 Ben Grabham in action. Credit: Rophe F
‰ÛÏIt feels great to win a stage of a World Rally especially as it was my first World Rally Race," Grabham said, "After some navigation training with Marc coma in Spain and some riding with the team before the start in morocco I found my speed was good on the rally bike so it was just a matter of putting together a full day of racing.

"Earlier in the race I was still making small mistakes but on the final day I made very few mistakes and took the win. All week I was pretty much just doing my thing and not getting fussed over to much but soon as I won the final day that all changed pretty fast and I was getting dragged in every direction for attention from the press. It gives me some good confidence and motivation heading into Dakar.‰Û 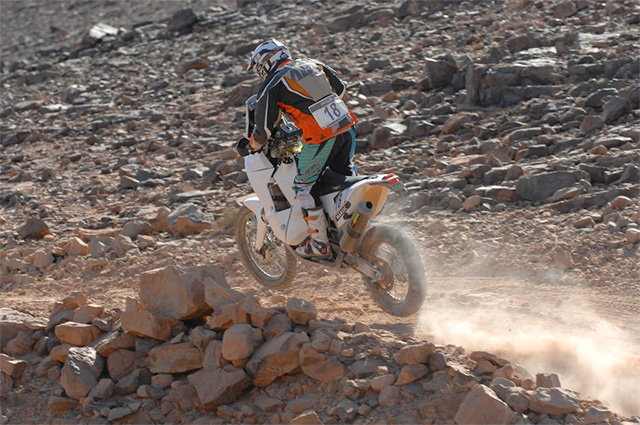