NSW Junior Dirt Track Championship To Be Decided This Weekend. 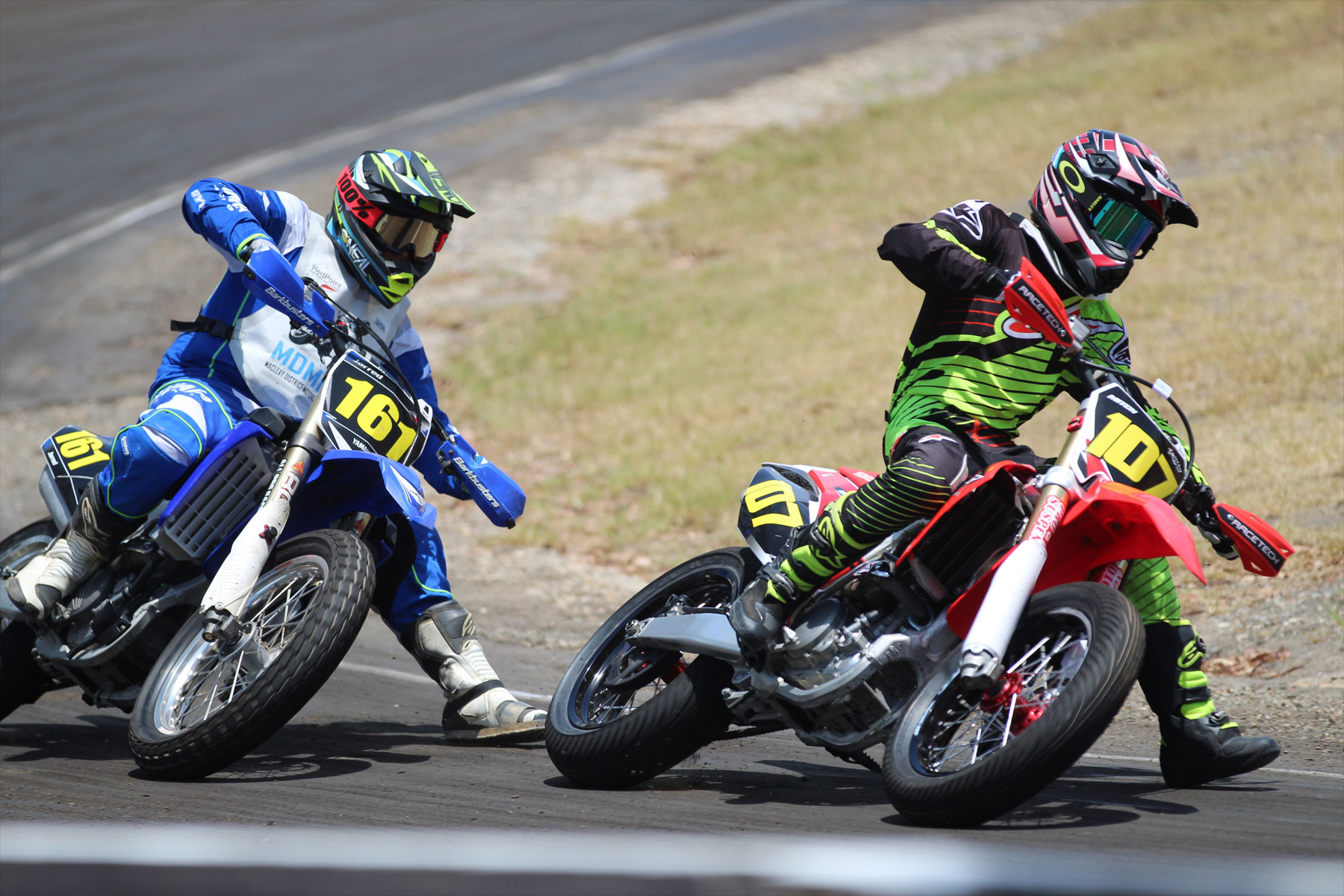 The 2019 New South Wales Junior Dirt Track Championships will be decided at the Old Bar track, near Taree, this weekend (Saturday 13th and Sunday 14th).

The Taree, Macleay and Gunnedah clubs have all provided significant numbers to the entry list ‰ÛÒ not surprisingly as all clubs have an oiled track as their ‰Û÷home‰Ûª base.

Pleasingly riders from many other clubs across the state, plus a sprinkling of Queenslanders, will descend on the Taree Motor Cycle Club‰Ûªs venue to battle it out for honours across 11 championship classes and three support classes. Even with a small contingent from north off the border there is still a strong chance of a few significant trophies heading out the state.

Racing for the 13 to Under 16 year olds always takes much attention as these are the next group of riders who will head in to the senior ranks.

Ryan Smith from Singleton looms as the rider to beat with Queenslander Seth Qualischefski also a strong contender against Taree duo Mitch Bisley and Haydon Lennon and the Kempsey contingent of Jarred Loveday, Tyler O‰ÛªDonnell and Mackenzie Booth.

Another Queenslander Glenn Nelson returns to dirt track racing this weekend after recent outings at road racing. He contests the very competitive 11-13 classes against locals Hayden Nelson, Will Bisley and Thoren Openshaw and the usual tough opposition from Kurri riders Cameron Dunker and Thomas Bullen.

Viv Muddle is another well-credentialed rider from north of the border who will contest the 7 toUnder9s.

One of the most looked forward to battles is between Jayden Holder of Kempsey and the Forbes rider Beau Bailey in their clashes in the 9 to Under 13s.

Stand-alone junior meetings like this one invariably showcase two things ‰ÛÒ firstly that there is some great talent coming through the ranks.

Secondly, particularly around the Old Bar track the juniors, riding smaller capacity machines, invariably turn on the racing that is just as close and hard-fought.as seniors do.

While many of this weekend‰Ûªs competitors may well turn out to be ‰Û÷stars of the future‰Ûª, most of the competitors are already very experienced and accomplished performers ‰ÛÒ many of them already have impressive credentials with many title wins to their credit.

Fans can set up their seat on the spectator mounds and watch the action starting with practice at 9.30am on Saturday, with a 10am start on Sunday.