No limits victory for Sasaki in Misano 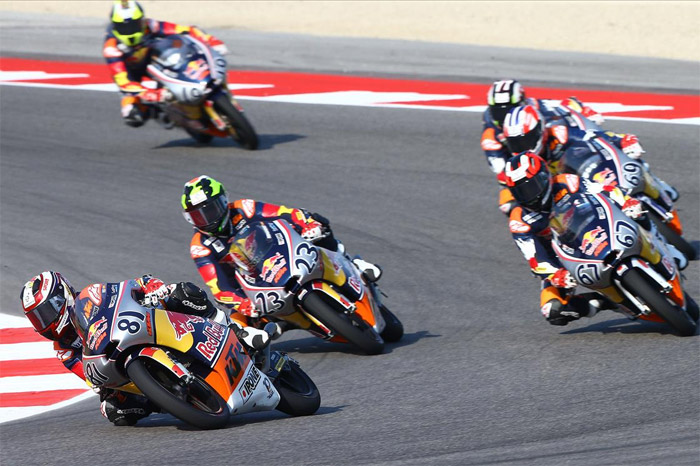 The Red Bull MotoGP Rookies Cup action boiled over in Misano and Ayumu Sasaki took home the 25 points ahead of Aleix Viu and Kaito Toba. That was the order on the podium but not crossing the line.

The trio, Viu, Toba and Florido, were all then penalised a place for exceeding track limits by MotoGP Race Direction. Thus Sasaki, the 15-year-old Japanese who had crossed the line fourth, was promoted to winner.

It was Viu who did most of the leading, as he has in other races, and he crossed the line first or second on each of the 17 laps. Around him the positions changed at every turn with 15-year-old RaÌ¼l FernÌÁndez also having plenty of time in front.

‰ÛÏI just planned to do like the other races, lead every lap including the last one,‰Û