No Brno race for Jack Miller 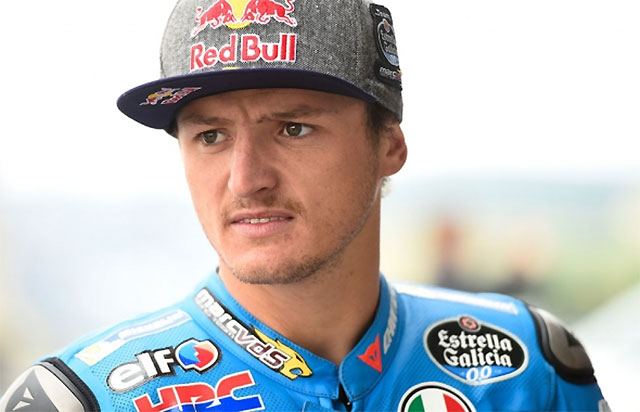 Team Estrella Galicia 0,0 Marc VDS rider Jack Miller will not participate in this weekend's Czech Republic Grand Prix, after sustaining a back injury one week ago in Austria.

Miller was passed fit to ride by medical staff at the Brno circuit but in conjunction with HRC and the rider's management, the team took the decision to withdraw the Australian from this weekend's race to allow him more time to recover, not just from the back injury but also from the wrist fracture he sustained in the same crash.

Miller will return to action for the British Grand Prix at Silverstone.

Michael Bartholemy: Team Principal, said "Jack is a racer, so he obviously wanted to race after being passed fit today. However, after discussions with both HRC and Jack's management team, we have made the decision to withdraw him from the Czech Grand Prix. For us it's more important that he has more time to recover from the crash in Austria, because we want him back to full fitness as soon as possible. Our priority is to have a fully fit rider back on the bike and that's why we made this decision."