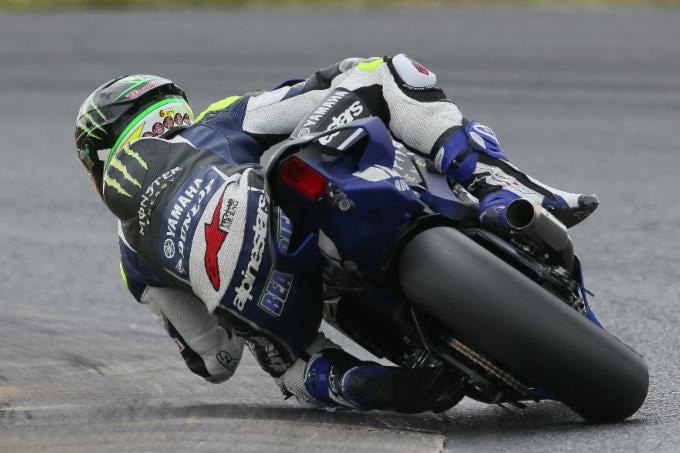 When isn't paint just merely paint? When it's the FIM-approved paint used on curbing and white lines at racetracks around the world.

That paint is much more than just paint. It's a safety improvement.

New Jersey Motorsports Park in Millville, New Jersey, recently upgraded its curbing and white line paint to the FIM standard paint, a gritty substance that allows race tires to grip the curbing and lines even in wet conditions. The popular track that's located just an hour from Philadelphia will play host to two rounds of the 2016 MotoAmerica AMA/FIM North American Road Race series - April 28-May 1 and September 9-11.

"This is really step one in us being pro-active on improving the safety elements of our racetrack," said Brad Scott, Chief Operating Officer of New Jersey Motorsports Park. "If there's FIM-approved paint available for us to use on our curbing and white lines, why not make the effort to get it done? Rider safety is of utmost importance to us and this was just one more thing we could do to advance the safety of our facility."

From MotoAmerica's standpoint, it says a lot about the track and its staff to take it upon themselves to make the improvements.

"We're happy to see New Jersey Motorsports Park taking steps to make their racetrack safer," said MotoAmerica partner Chuck Aksland. "While paint may seem like a pretty simple thing, the FIM-approved paint is a big difference maker in terms of safety. It adds grip to the white lines and the curbing and any time you can increase the grip level of your racetrack you've made a big step toward improving safety. We applaud NJMP for making this happen."

The 2016 MotoAmerica Series gets started at the Circuit of The Americas in Austin, Texas, April 8-10, in conjunction with round three of the MotoGP World Championship.