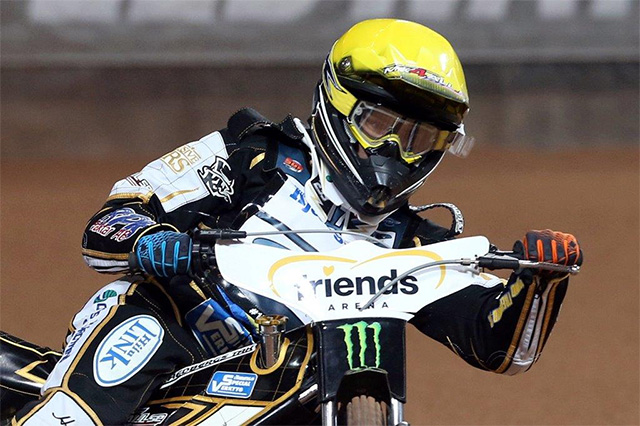 Swedish star Kim Nilsson is back at the Friends Arena after being named as wild card in his home city for the Stockholm FIM Speedway Grand Prix on September 23.

Born in Stockholm, Nilsson dons the No.16 race jacket for what will be his fourth appearance in the national stadium. He raced as wild card in 2013, before replacing Darcy Ward in 2014 and Andreas Jonsson last season.

The 27-year-old races for Masarna in the Swedish Elitserien, as well as Vargarna in the Allsvenskan League and Leicester in the SGB Premiership.

The line-up is completed by track reserves Jacob Thorssell and Filip Hjelmland, who wear No.17 and No.18 respectively.