NIGHT of the JUMPs set for September return

The FIM Freestyle MX World Championship series kickstarted in January 2016 with NIGHT of the JUMPs in Basel.

The second half of the season returns on September 30th at NIGHT of the JUMPs in Jerez, Spain. Two weeks later, the next championship points will be up for grabs when NIGHT of the JUMPs returns to Riga. The Riga Arena will welcome the best riders on the 15th of October, 2016. ?

For the 3rd year in a row, the World Championship riders will return to Shenzhen, China in the local football stadium on 29th and 30th of October to give two days of championship points.

From the tour stop in Asia, it‰Ûªs back to Europe again for the return to Poland. The next points will be at the FIM Freestyle MX World Championship round of Gdansk, Poland on 19th of November, 2016.

The Grand Final for the 2016 season with one of the most tightly contested series ever and will take place in the Bulgarian capital of Sofia. There is still a strong battle from all riders in the series, however all eyes will be on the reigning two-time World Champion Maikel Melero and the three-time World Champion with the most titles ever, Remi Bizouard. 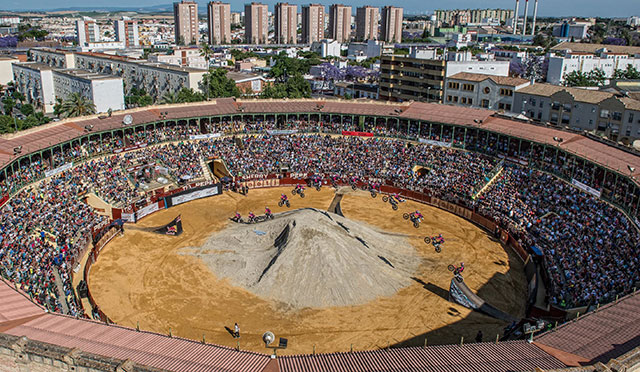 NIGHT of the JUMPs set for September return at Jerez
Currently there are 20 points separating the two riders, but with 120 points remaining in the last six contests, Bizouard will need to prevent the little Spaniard from collecting maximum points to claim his 3rd title, so that Bizouard can hopefully take out his fourth World Title.

Second half NIGHT of the JUMPs series 2016: