NIGHT of the JUMPs Munich 2016 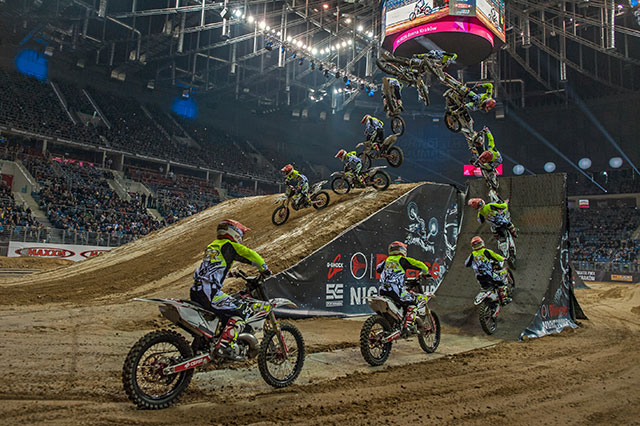 The biggest Freestyle MX series returns to the Olympiahalle and the Munich Premiere of the Buggy Flip.

On April 23rd, 2016, NIGHT of the JUMPs will return for the sixth time to the Bavarian capital. For one day only, the longest running FMX sporting series will take the reins in Munich and the best Freestyle MX riders will be flying through the Olympiahalle.

However not all FMX riders will be on Motocross bikes as they sail through the hall, there will also be a special guest, the Austrian Gerhard Mayr who will try to backflip his 650kg heavy Buggy and try to land on all four wheels.

12 riders will face each other, looking to score valuable points in the official European FMX Championship. The local German ‰Û÷Wonderkind‰Ûª Luc Ackermann will return and is a favourite to do well as the European FMX Championship runner-up last year. With his 540 Flair, California Roll, Open Loop Flip and Surfer Take-off Tsunami Flip, he will create a sensation if he becomes the youngest NIGHT of the JUMPs rider ever to win.

But it won‰Ûªt be an easy task, considering his older brother Hannes Ackermann will be on hand to take the win also. After recently landing the huge Double Grab flip which he threw down for the first time at the World Championships, he will be looking for a top place. And as with Luc, with the two quarter pipes set up for the Flair and Egg Roll, it will be the first time we‰Ûªve seen these integrated into the Munich track and Hannes will make good use of them.

Also joining the field will be a reigning World Champion and 3 former World Champions, Maikel Melero (ESP), Remi Bizouard (FRA), David Rinaldo (FRA) and Libor Podmol (CZE). Maikel Melero will be a favourite to win the event. The Spaniard has dominated in 2016 and has so far remained undefeated all year in NIGHT of the JUMPs contests. Bizouard is also in great shape at almost every round this year standing high on the podium, especially when he brings the Volt and Egg Roll to the finals. After Libor Podmol made his sensational comeback in Stockholm and Krakow following a 6 month break, he has been sitting in second place at NIGHT of the JUMPs at each event since. 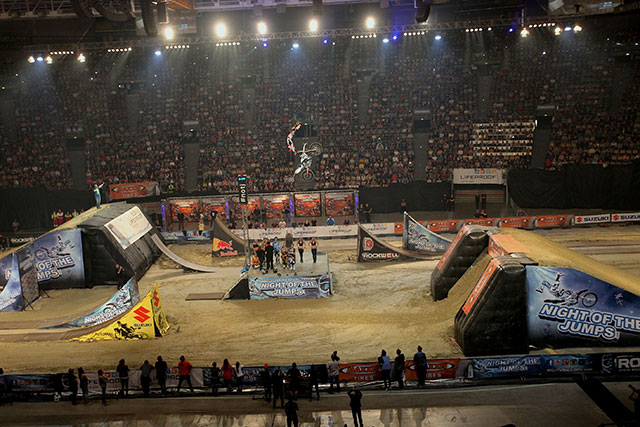