NIGHT of the JUMPs heads to Shenzhen this weekend

On the 29th and 30th of October, 2016, the best riders from NIGHT of the JUMPs will be ready to fly again in China for the fifth time.

The Shenzhen Sports Center will host the largest FMX course for this year‰Ûªs World Tour. Nearly 200 truckloads of dirt will create the three big landings, two of which will be placed in a Double-Double line for the World Championship rounds.

For the third consecutive year, Shenzhen will be the host venue of the FIM Freestyle MX World Championships. The metropolis boasts the highest per capita income in China and is one of the fastest growing cities in the world. Only 30,000 inhabitants were living here in 1979 before Shenzhen became a ‰Û÷Special Economic Zone‰Ûª which places importance on foreign investments and has since grown to more than 10 million inhabitants. 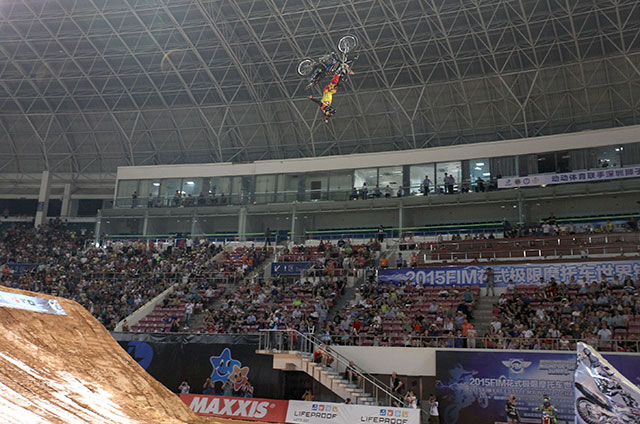 Aussie Rob Adelberg sits second in the standings
11 riders from six nations will compete at the 9th and 10th rounds of the World Championships. First and foremost, the World Championship leader, Maikel Melero (ESP) will return after his huge crash in Cologne but made a miraculous comeback in Latvia to win just one week later.

Rob Adelberg who is currently sitting in second place in the World Ranking, missed the opportunity to shorten the points distance on Melero in Riga. However, if the Australian can beat Melero twice in Shenzhen, the World Championship decision will come down to the NIGHT of the JUMPs final round in Poland.

With a minimal chance of winning a record 4th World Championship title, Remi Bizouard (FRA) will still hope to ride in China, despite having a broken hand, and try to gain as many title points as possible to catch up to Melero.

Petr Pilat (CZE) and David Rinaldo (FRA) are fighting for a place on the World Championship podium. Trailing behind 3rd place by 7 and 10 points respectively, they still have every possibility to finish with a Bronze Medal by the final in Poland.

Brice Izzo from France will not only compete in the Freestyle MX competition in Shenzhen, he will also make his season premiere in the Maxxis Highest Air competition. Izzo will go up against Massimo Bianconcini (ITA) and Marc Pinyol (ESP).

After his final jump crash in Riga and end of the season for Libor Podmol, Pat Bowden will fill in for the two rounds of NIGHT of the JUMPs in China. He will not only want to shine in the FMX competition but also get a victory in the LifeProof Best Whip competition. 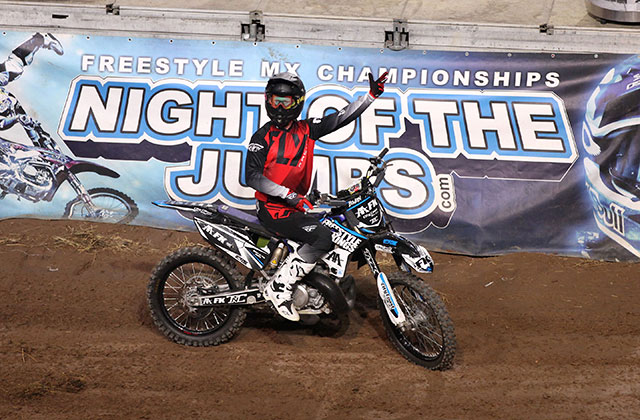