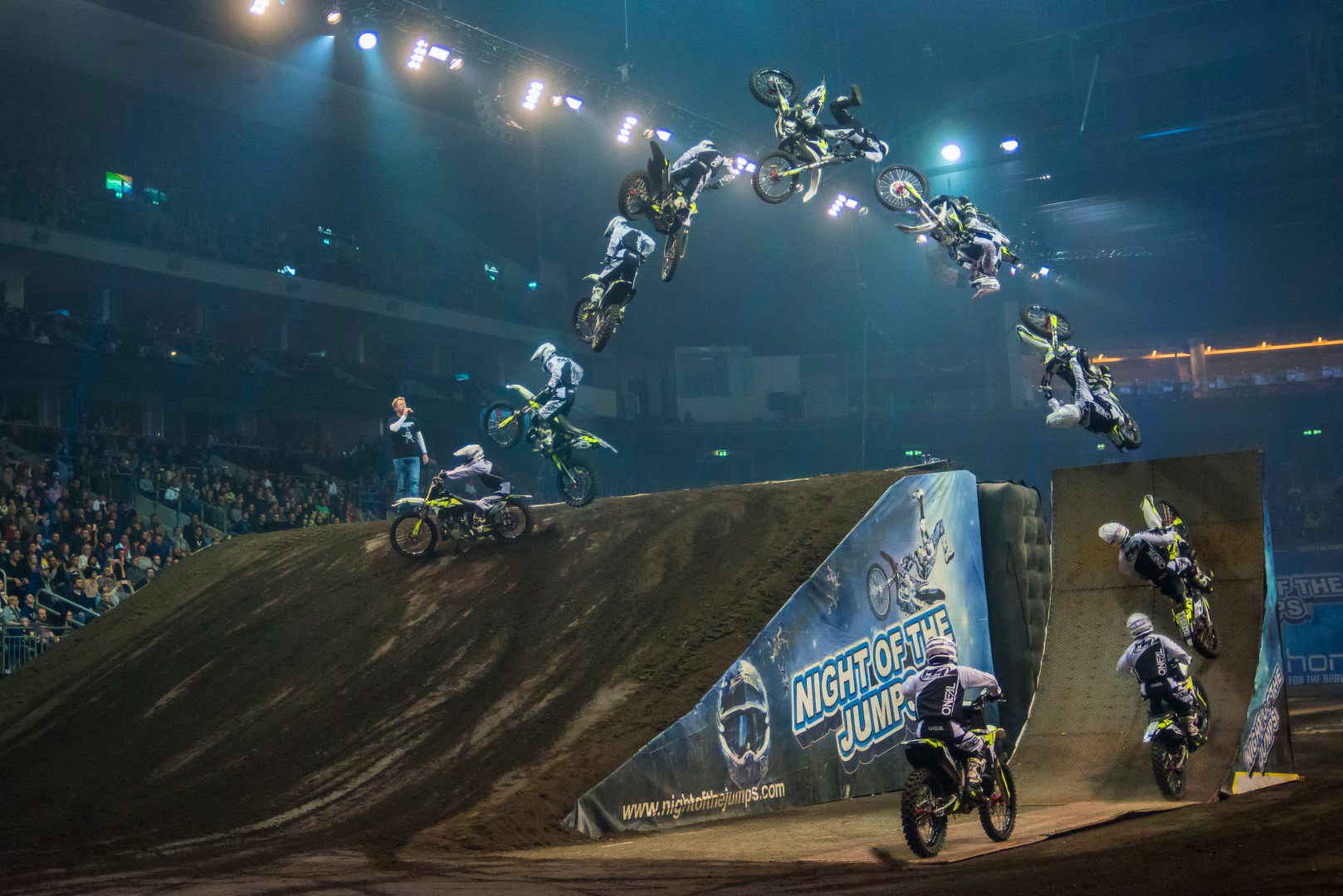 Current World Champion Maikel Melero
Starting the season with two huge rounds of competitions on the 22nd and 23rd of February, 2019, the curtain opener event for 2019 will shine the light on the world‰Ûªs best Freestyle Motocross athletes at NIGHT of the JUMPs as they catapult themselves through the Mercedes-Benz Arena on their 100 kilogram dirt bikes.

Since 2005, the world‰Ûªs longest running Freestyle MX series has been hosted by the German capital every year. In 2019, it will be the first time the official FIM Freestyle Motocross World Championships season opener has been hosted in Berlin.

NIGHT of the JUMPs is the original and only series in Europe where Freestyle Motocross competition is held on a dirt track. With the natural feel of dirt, it‰Ûªs here that the riders feel their most comfortable to perform the biggest and most dangerous tricks in the sport in the fight for the world title.

In 2019, NIGHT of the JUMPs will see one of the best ever fields of riders with athlete‰Ûªs competing from all over the world, and in Berlin this will include the current and former World Champions, Maikel Melero (ESP, 2014-2018), Libor Podmol (CZE, 2010) and Javier Villegas (CHL, 2011).

In Berlin, the local German crowd will be hungry to watch one of their own, as the German wunderkind and 2018 FIM FMX European Champion and 2018 Runner-up World Champion, Luc Ackermann will treat the crowd to a display of the biggest tricks in the sport. Luc‰Ûªs range includes the 360, Surfer Tsunami, Flair, Egg Roll, California Roll and Double Backflip which can possibly help the 21 year old German to win in front of a home crowd. 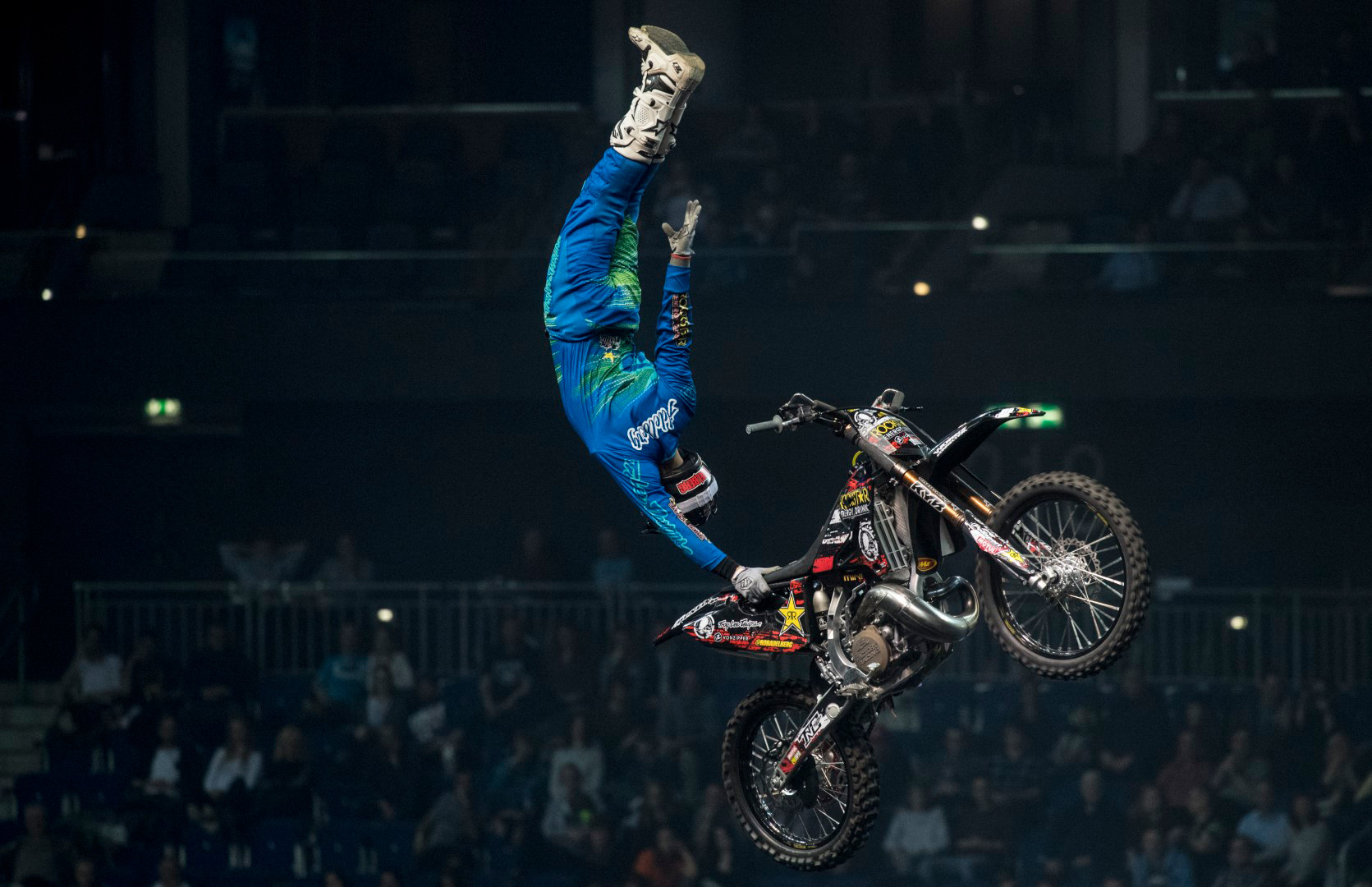 2019 2019 Winter X Games champion Rob Adelberg will represent Australia
Looking to rain on the German‰Ûªs parade are two of the biggest threats coming from the other side of the planet, the Australian‰Ûªs Pat Bowden and Rob Adelberg, who are the current champions of the 2018 Nitro World Games and 2019 Winter X Games respectively. Both are hot candidates for the 2019 World Cup title and have tricks like Front Flips, Rock Solid Backflips, Cali Rolls and Egg Roll combos in their arsenal.

The other two Czech riders to compete will be former European Champion, Petr Pilat, and the younger Podmol brother, Filip. Pilat is a backflip combo machine and won the European Championship two years ago. Filip who is the younger brother of former 2010 World Champion, Libor Podmol, is ready to stir trouble in the championship race after recently landing a Double Backflip in the Airbag.

The elder statesman from France, the runner-up World Champion from 2010, Brice Izzo will return to competition in Berlin. Leonardo Fini will also represent Italy as he has really pushed his trick extension and style over the past 12 months and proved that he is able to battle for the finals in Berlin.

The Berlin local hero, Kai Haase, will round out the starting grid for NIGHT of the JUMPs. Kai has also recently made a solid push with his trick repertoire with a massively extended Lazyboy Flip, Egg Roll and California Roll. His whips have also earned him a plethora of Best Whip trophies over the years. After his first time making it into the Top 6 Finals at the final round of 2018 in Shenzhen, the young German has a taste of reaching the finals and will want to improve his placing in 2019.

NIGHT of the JUMPs will also build the largest dirt course Berlin has seen in 2019 with over 800 tonnes of dirt inside the normally spotless Mercedes-Benz Arena. With a new 5 metre high landing to provide more safety but also the chance of new tricks being landed, multiple ramps which will cover the arena floor can provide opportunities for Double Backflips, Front Flips and several Quarter Pipe tricks ‰ÛÒ the 11 best FMX athletes from 7 nations and 3 continents will utilise every aspect of the course to perform their craziest tricks.

In 2019, the German capital will see the World Tour kick-off for the first time, and as the opening round of the season the riders will be looking put their stamp of authority on the season. Advance ticket sales for NIGHT of the JUMPs Berlin 2019 are in full swing. Tickets are available from ‰âÂ45.90 plus fees on www.nightofhtejumps.com and all ticket agencies.

If you‰Ûªre unable to make it to Berlin live to watch the action, you have the opportunity to follow the entire World Championship series on the new NIGHT of the JUMPs TV LiveStream at the following link: https://www.nightofthejumps.tv 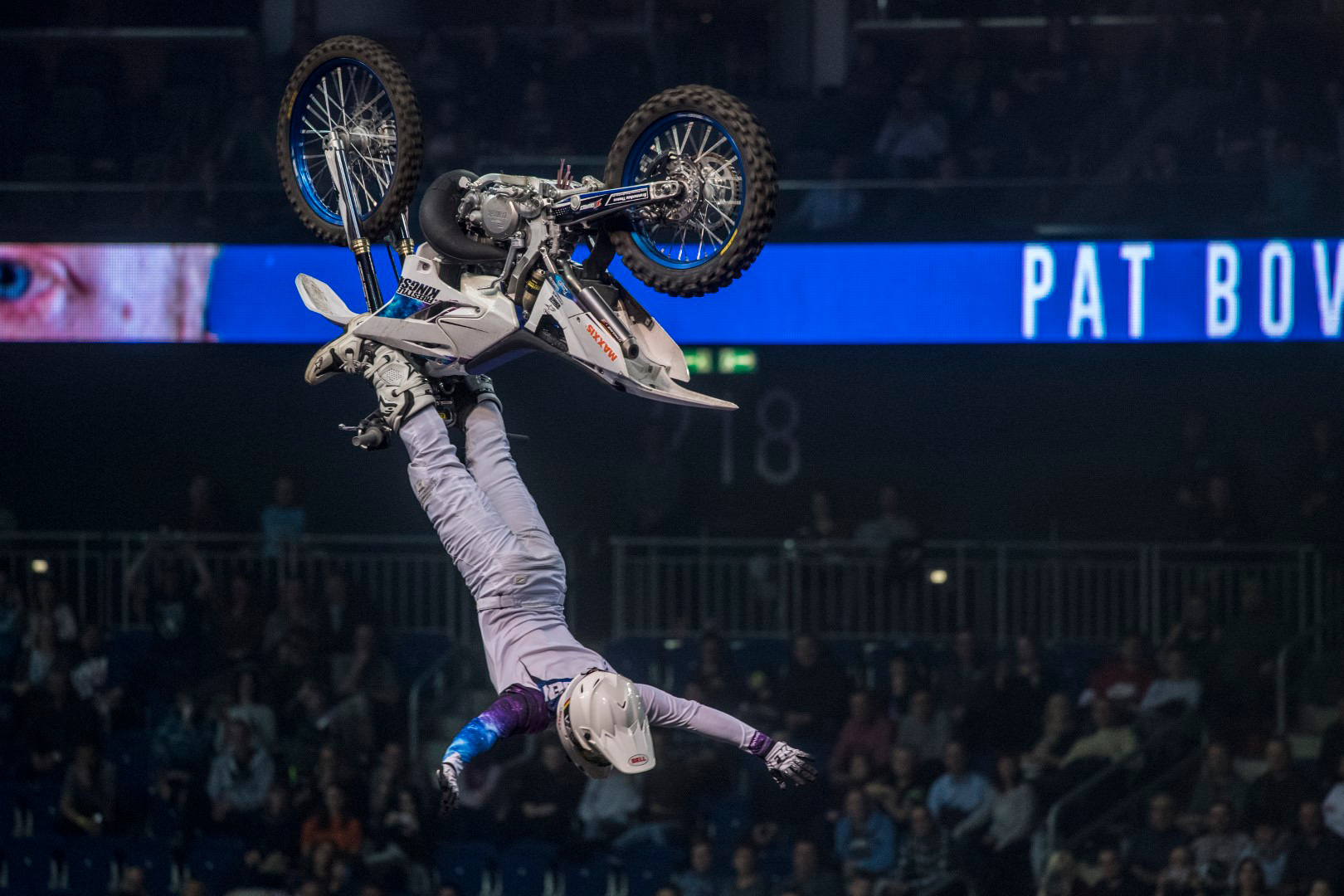