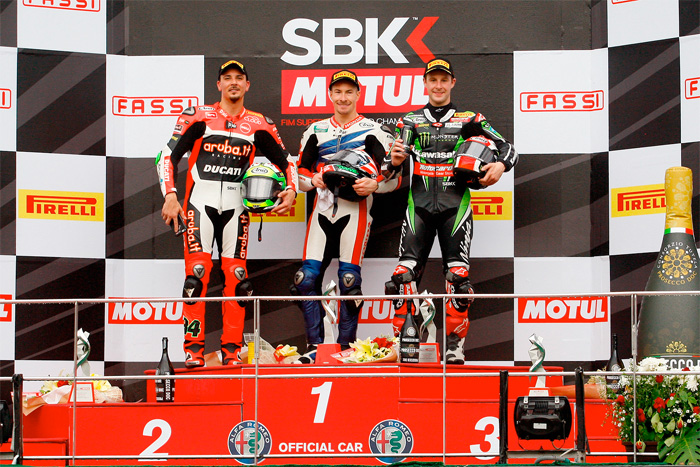 The American, a rookie in the class, took off from the pack in a supreme display of speed and control in difficult conditions. Ducati‰Ûªs Davide Giugliano came home second after a late charge, ahead of reigning Champion Jonathan Rea.

Sunday in Sepang saw sun replaced by rain as a downpour hit the circuit just before the WorldSSP Race was due to start. As the weather conditions worsened and the World Supersport Race was postponed until after WorldSBK, the riders had a long look at the sky in preparation for a Wet Race.

A cautious line up threaded through turns 1 and 2 for the first time as the front row of Sykes, Rea and Lowes was joined by Honda rider Nicky Hayden from the second row. Hayden, who is a veteran of the track but a WorldSBK rookie, then began to pull a gap on second placed Rea as riders behind battled for position.

With grip tricky to judge, only Kentucky Kid Hayden seemed confident in the initial laps, with Rea remaining behind in P2 as Lowes and Sykes struggled to find similar pace. With the top three settled as Hayden, Rea and Davies, it was second Aruba.it Racing ‰ÛÒ Ducati rider Davide Giugliano who then began to set the fastest laps of the track and caught teammate and title contender Davies.

‰ÛÏIt feels pretty good to be up here and to win the race," said winner Hayden after Race 2. "In the first laps I tried to get in front, try to get clear track and pull a bit of a gap. We had no idea what the tyres were gonna do in the wet.

"As the track started drying I was a little worried and it wasn‰Ûªt easy. I‰Ûªm very happy to get this win. I want to thank my team and all my supporters and I want to dedicate this win to my Dad. He asked for a podium this week as he has had a rough week and I told him I would see what I can do. I went a little bit better so I hope he is having fun.‰Û 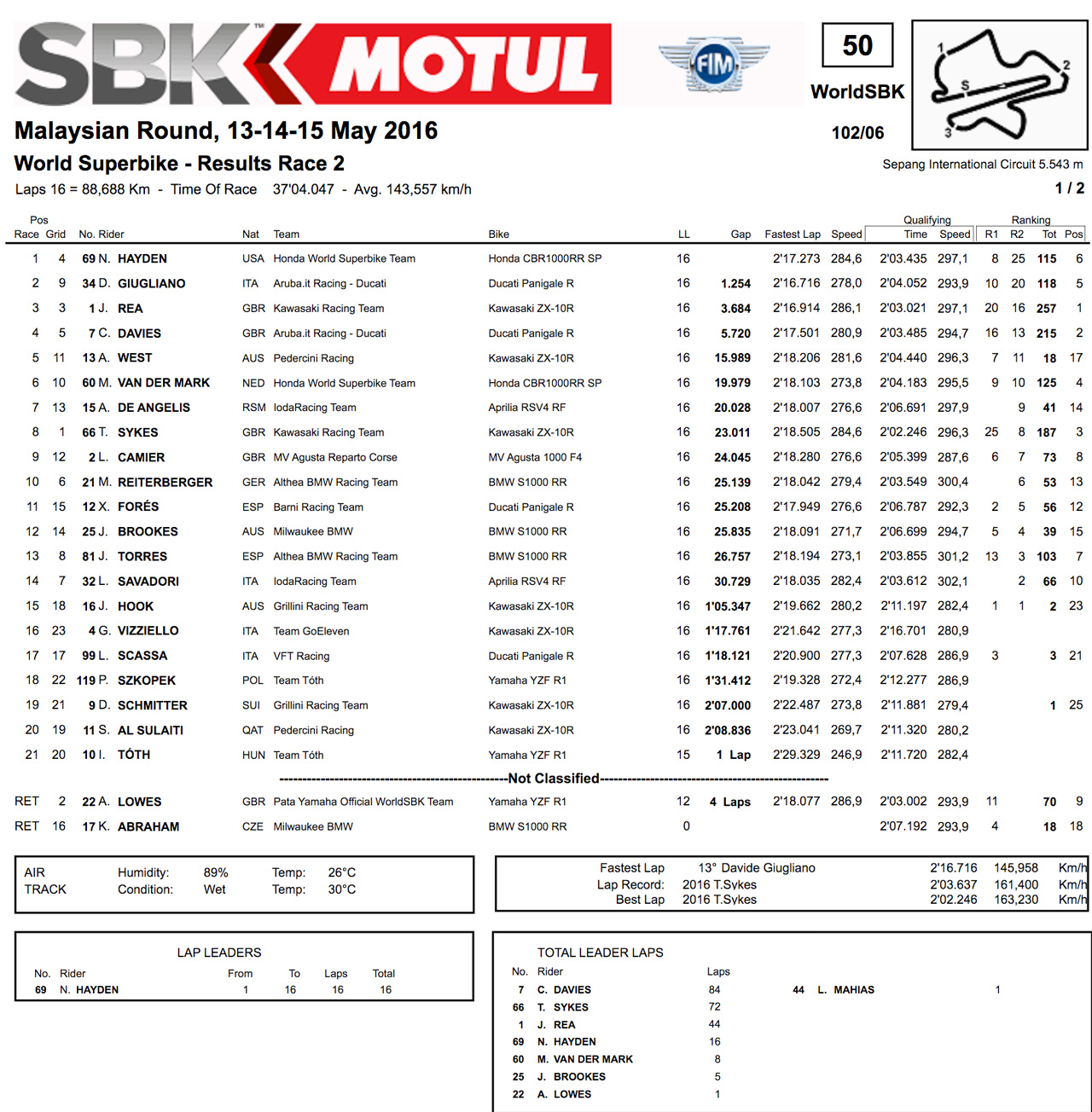 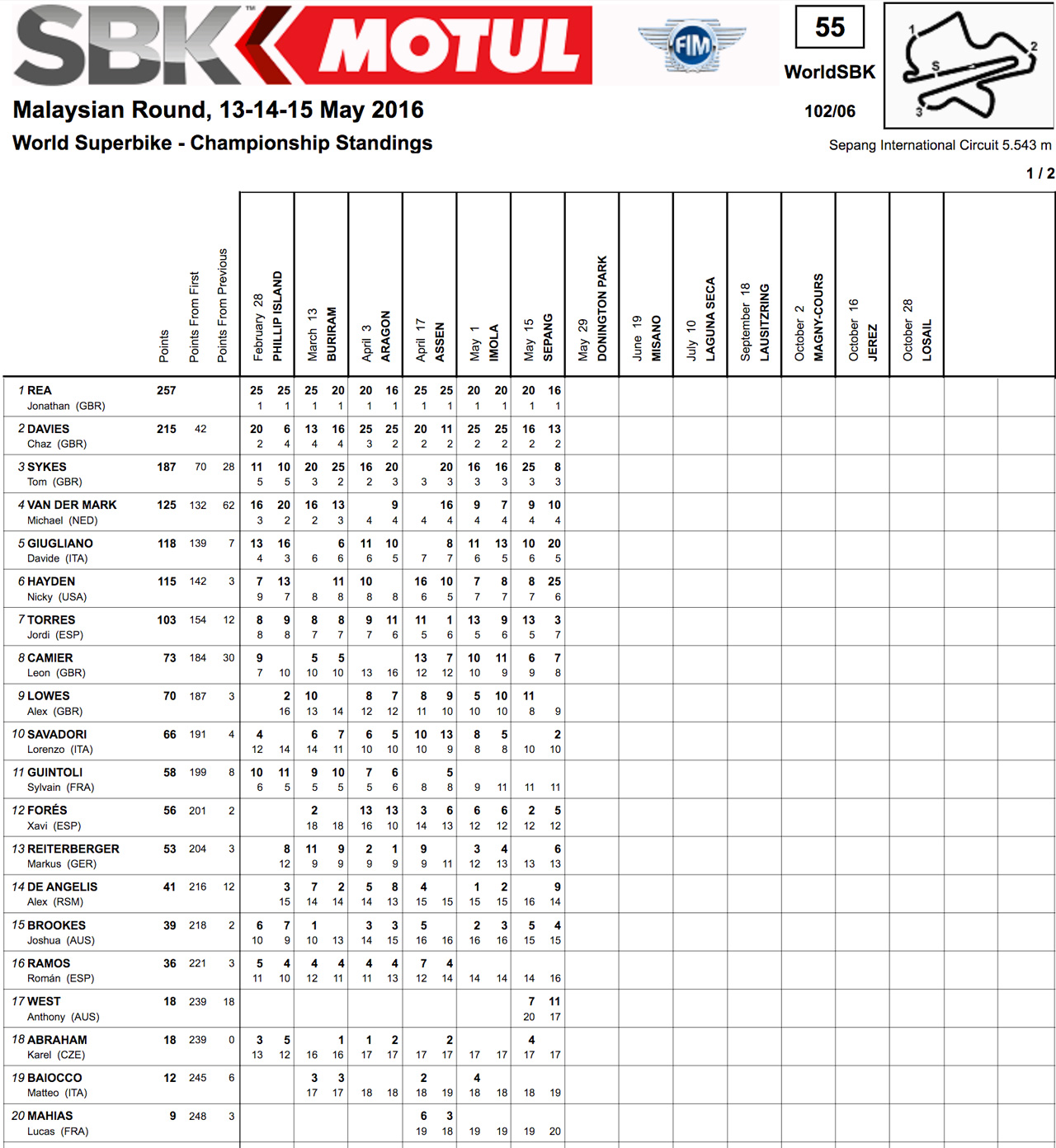