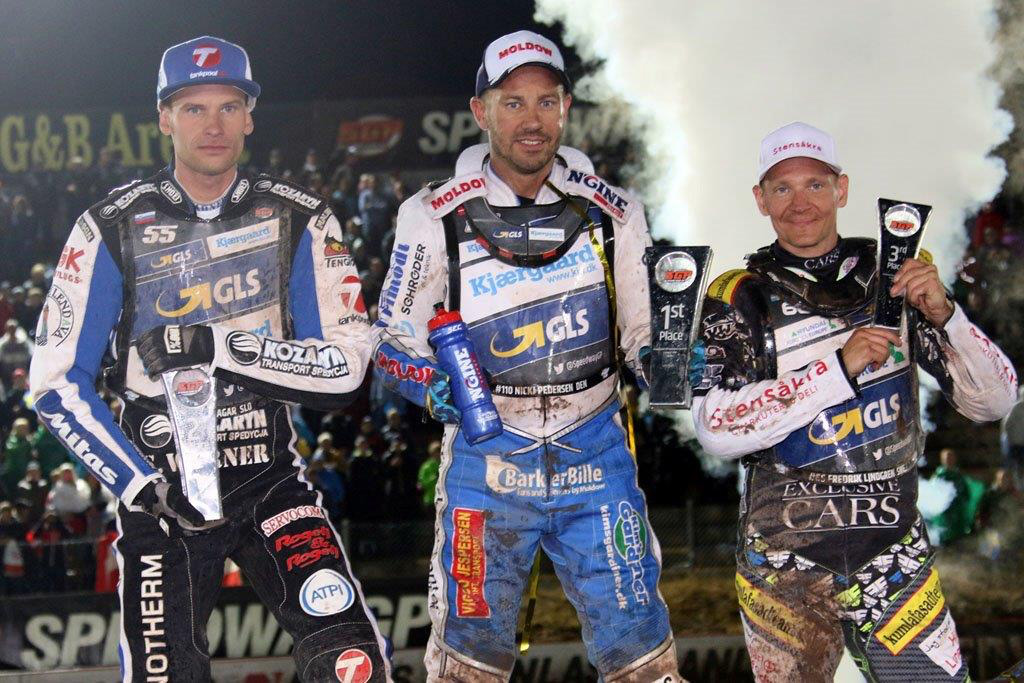 The great Dane topped the podium in Malilla ahead of Slovenian star Matej Zagar, home hero Fredrik Lindgren and Slovak racer Martin Vaculik for his first SGP win since he triumphed at Torun on October 3, 2015.

It has been a tough road back to the top of the box for Pedersen. His 2016 and 2017 seasons were both ended by separate fractures to the same vertebra in his back, leaving him fearing for his speedway career.

Pedersen bounced back this year, only to suffer a broken bone in his hand in a PGE Ekstraliga meeting at Gorzow on April 29.

But he refused to slow down and is now 10th in the standings ‰ÛÒ just seven points short of the top-eight automatic qualification places for SGP 2019.

Pedersen was elated to bring his form on to the SGP stage and silence his doubters. ‰ÛÏIt‰Ûªs always easy to say ‰Û÷he‰Ûªs finished‰Ûª and things like that. But my family and I always believed in me," Pedersen said.

‰ÛÏI know where I‰Ûªm standing. I always look at myself in the mirror and the day I know I am finished, I wouldn‰Ûªt even get on the bike.

‰ÛÏIt has been uphill. I have broken my back two times. I haven‰Ûªt quite been there and the engine hasn‰Ûªt been where I wanted it. But we just kept on pushing and working and getting the points.

‰ÛÏAll we wanted to do was plug away and get the points. As the meeting went on, we thought ‰Û÷whoa, we can reach the final or even get on the rostrum.‰Ûª Step by step, we got up there.

‰ÛÏI felt I had a good start to the season, but then I had big, big injuries again. I banged my head twice and crashed in a league match at Gorzow and in the Warsaw Grand Prix. That knocked me out for some time ‰ÛÒ my hand is still not 100 percent, but it‰Ûªs getting a lot, lot better.

‰ÛÏThe form hasn‰Ûªt been there, but I have the racing in me and I never give up before the fat lady sings. I proved that tonight.‰Û