Nick Sutherland Continues to Fire At Mount Gambier ASX Round 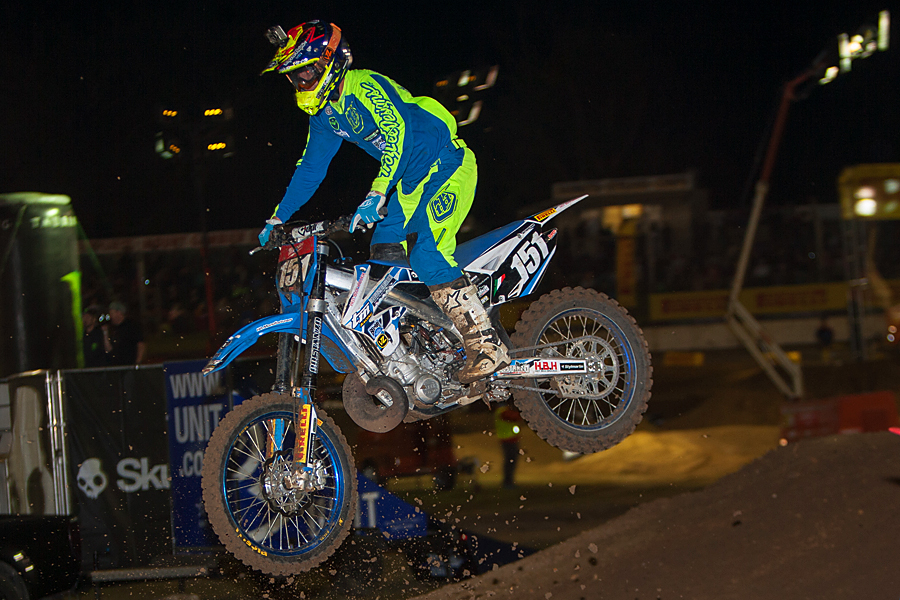 TM Racing Australia's Nick Sutherland has finished deep inside the top ten of the SX Lites class for the third straight round of the 2013 Terex Australian Supercross Championship held at Borderline Speedway in Mount Gambier South Australia over the weekend.

Sutherland who finished with a 7th and 8th place finish at the opening two rounds in Darwin aboard his TM MX250Fi four stroke machine, made the switch to the TM 250 two stroke for round three and instantly showed that both the TM 250 four stroke and two stroke range are more than competitive on the national stage racing to a fine 6th place finish in the nights main event.

It was another great result for the rider who hails from New South Wales, with the result highlighted by the fact that Sutherland was one of only five riders in the main event able to dip under the 52-second lap mark and was able to produce those lap times while coming through traffic.

"To be honest my start was woeful tonight," Sutherland, admitted. "I came through the field well and was feeling really good during the first half of the race. I worked my way quickly up to 6th place and then just got stuck in the same pace as the rider in front of me.

"If you look at my lap times all day, in the final the leaders were doing 51s and I was doing 51s coming through the pack, in qualifying I was point nothing off the top couple of riders.

‰ÛÏIf I could just get a start I know that I can get up on the box," Sutherland added.

Sutherland's sixth place finish at Mount Gambier has him sitting in sixth place in the championship standings, only six points behind his two nearest rivals, both of which he finished in front of at the South Australian round.

The 22 year old will now turn his attention to Phillip Island's double header this weekend as the Australian Supercross championship runs along side the Australian round of the MotoGp Championship.

"I am so keen to get to Phillip Island and go racing again, after tonight I just want to get back out on track and race,‰Û 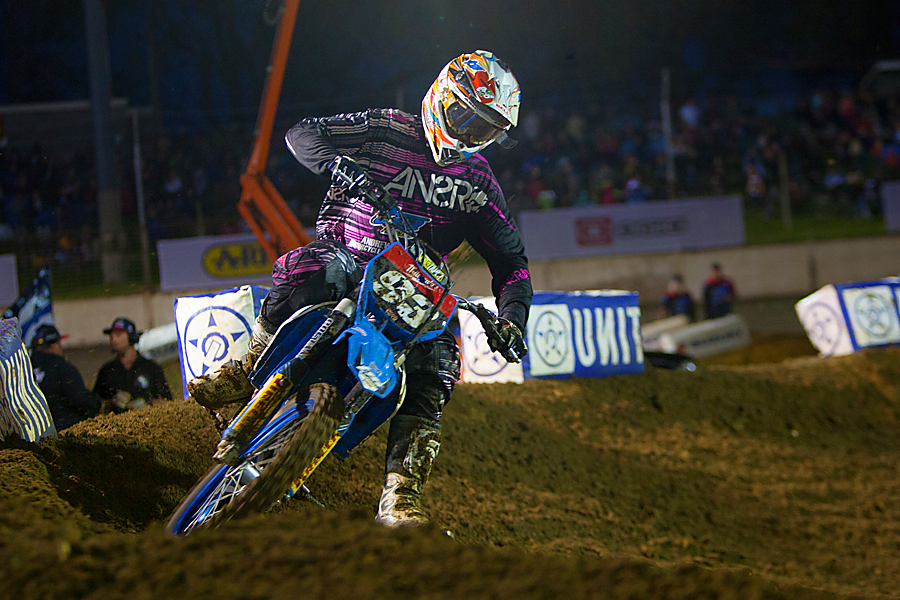 Ryan Ziepes made a steady return to national action rounding out the SX Lites main event in 12th position
Ryan Ziepes returned to national level racing for the first time since injuring himself in a nasty qualifying crash at the opening round of the 2013 MX Nationals back in April this year.

Ziepes aboard his TM MX 250Fi got his return to racing off to a steady start, continually improving on his laps times through out the day and into the nights main event where he finished in a very respectable 13th position.

"It felt good to just get out there, get a result and most importantly finish a race, it has been so long since I finished a main event due to injuries. We managed to do that and it was a good feeling," Ziepes explained.

Rounding out the TM Racing Australia three-rider line up at Mount Gambier was Nyk Geck, who certainly showed during the early laps in both his heat race and the main event that he has the pace to run near the front during the second half of the 2013 Australian Supercross series.

Finishing in 6th place in his heat after running in fourth position until the midway point of the race, Geck continued his form in the early running of the main event holding down a top ten position until just before the half way mark.

Unfortunately for Geck, a dislodged tough block sitting in the middle of the track caused him to crash, which in turn put an early finish to his night suffering an ankle injury in the fall.

"I was in tenth, I was happy, I was going well and then I hit a tough block that was sitting out in the middle of the track," Geck stated, "I was in the air and could not do a thing and just landed on it and went down big time, spraining my ankle in the process.

"I came into the round looking to show improved pace and I was able to do that, I just needed a bit of luck!" Geck concluded.

The TM Racing Australia team will head to Phillip Island in Victoria this weekend the 19th and 20th of October for rounds four and five of the six round Terex Australian Supercross Championship.

Top Image: Nick Sutherland on his way to his third straight top ten finish at the 2013 ASX Championship