In a move sure to impress fans of Supermoto, the Newcastle International Supermoto has announced this year‰Ûªs event will incorporate the Inaugural FIM Oceania Supermoto Championship.

Behind the scenes, the FIM Oceania Supermoto Championship has already attracted interest from riders around the world including several past world champions from differing disciplines.

Promoter Graeme Boyd said, ‰ÛÏSo far we have secured athletes from a dozen nations including New Zealand, USA, Japan, France, Malaysia and Thailand. Combine this with the talent available in Australia and the FIM Oceania Supermoto Championship will be a must-see motorcycle event.

‰ÛÏWe have designed a track that will challenge riders and provide an exciting and entertaining experience for spectators. The showground will be used to its full potential with the track extending out into the service roads before heading back infield for the dirt section. Spectators will be able to walk around the entire course and the big screen TV will ensure they never miss any of the action.‰Û 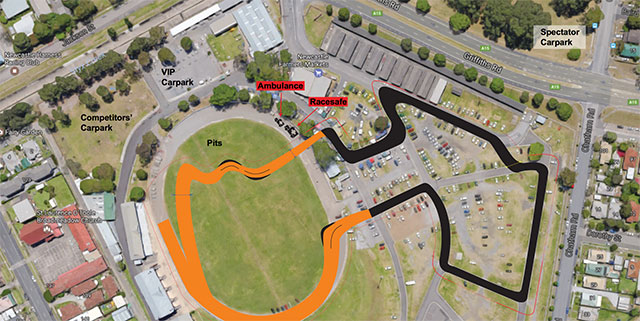 The proposed circuit for the 2018 Newcastle International Supermoto .
Minister for Tourism and Major Events Adam Marshall added the event had been secured by the NSW Government‰Ûªs tourism and major events agency, Destination NSW from 2016 until 2018.

‰ÛÏThis exciting sporting event is expected to attract more than 3,300 overnight visitors with a total visitor spend of $1.9 million over the three year period, and we look forward to showcasing Newcastle to a global audience through the FIM Oceania Supermoto Championship later this year,‰Û