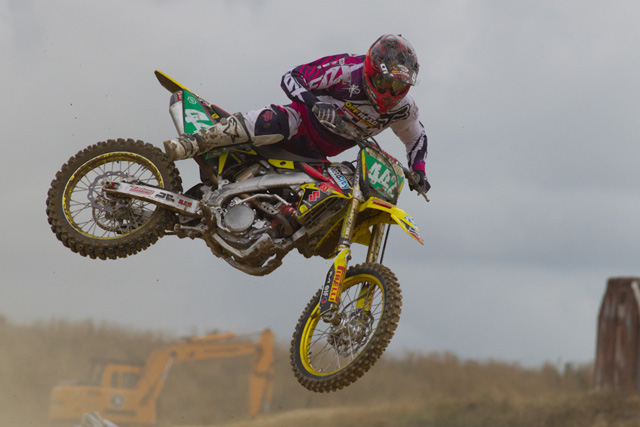 New Zealand's Scott Columb will replace the injured Steven Clarke who is heading back for more surgery on his damaged wrist after a spectacular crash during last year‰Ûªs SuperX season.

Columb will take the vacant seat during the 2012 Monster Energy MX Nationals with the Motul Pirelli Suzuki team hopeful that Clarke will be able to recover in time for the supercross season later in the year.

"Clarke is going to go back and have another operation on his wrist and looks likely to miss the Motocross series" Motul Pirelli Suzuki team manager Jay Foreman explained.

"He will concentrate on getting ready for the Supercross series for us, otherwise he could potentially miss the whole year." he added.

After finishing second at the New Zealand National championship, Jay Foreman has recruited Columb and sees him as a title threat coming into the 2012 Australian season.

"I seen Scotty ride at the first round of the New Zealand championships, he is a quality rider and was just coming back off an injury. He looked fit and is a very determined rider with a strong will to win." commented the Suzuki team manager.

"He did have a little bit of trouble in some races in New Zealand but was probably the fastest rider out there, his starts were not to flash during the championship and he always seemed to be coming from behind, but he won a lot of races." Foreman Concluded.