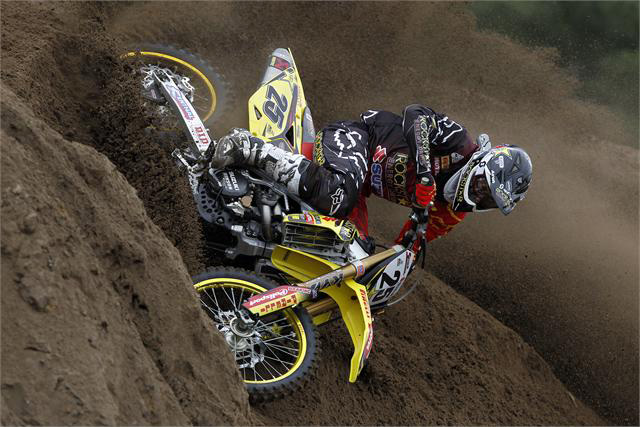 Rockstar Energy Suzuki World MX1 starts its 2012 FIM Motocross World Championship campaign this weekend with the Grand Prix of the Netherlands at the sandy Valkenswaard circuit; the first of 16 rounds in 15 countries.

Steering the factory RM-Z450 Suzuki after a promising pre-season period of testing and international race appearances will be Clement Desalle and Tanel Leok. The former will start his third season with the Belgian team and third campaign in which he is expected to be a contender for the MX1 title. It will be the ninth year of the class and Suzuki has claimed the rider's crown on one occasion with Steve Ramon in 2007.

Leok will make his debut as part of the works crew but came into the team at the end of 2011 as a 'known quantity' having received technical support on his impressive maiden term in 2004. The Estonian is 26 years old but already has immense experience at the sharp end of the sport and has ridden at least five different motorcycles in his MX1 career.

Desalle will be mindful of the shallow and bumpy Valkenswaard sand this weekend. Although the Belgian is 100% fit and comes into the holiday fixture having claimed moto victories in France and the UK, the Dutch terrain south of Eindhoven has not always been friendly.

In 2010 he dislocated a shoulder while in 2011 he rode to a solid fifth position - the only event from the first six of that season where he didn't finish on the podium. Still only 22, Desalle has no problem in accepting the now annual position and status of being a major Championship contender.

"Another year and I am getting more experience in trying to fight for a Championship," Desalle said. "If I have learned anything it is that something always happens throughout a season and the most important strategy is to aim for being consistent."

Sometimes you have to remind yourself that the series is long and there are many motos to go. I feel good on the bike, we have a nice setting; and I knew from the race at Hawkstone Park that we were more-or-less ready for the sand. I won't be going too crazy this weekend. I just want to start the season in the right way and try to keep at a high level." he continued

Nerves and eagerness are bound to be mitigating factors for many of the MX1 and MX2 protagonists for the opening event that takes place on Monday with practice and qualification on Sunday. Dealing with the wavy sand will be another major obstacle through the two 35 minute and two-lap Grand Prix motos.

"It is a strange track and it can upset the bike a little bit because some parts are hard and it depends where the bumps are and how you hit them," Desalle says. "The conditions are the same for everyone though." Desalle concluded.

Leok is struggling for peak fitness after missing several weeks of riding with an ankle problem and is currently nursing a small arm infection in the wake of a subsequent rigorous period of activity. The typically hard-charging former GP winner is considering the challenge ahead.

"I haven't ridden as much as I'd like. After missing some time with my ankle I perhaps then pushed a bit too hard on the bike and I'm nursing a small infection in my arm at the moment," Leok admitted.

"I'll be as fit as I can for the weekend but I think it will be tough anyway because it is the first Grand Prix and normally a tense meeting. I like Valkenswaard but it gets rough and there are quite a lot of jumps for a sandy track." he explained. 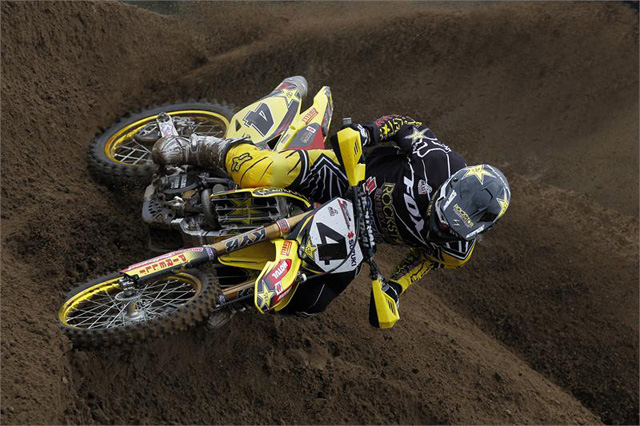 Rockstar Energy Suzuki Europe launches its international racing season this weekend with the Grand Prix of the Netherlands; the first meeting of 16 in the FIM Motocross World Championship.

Back to full strength after a difficult campaign in 2011 with a sole rider, the German based team, will look to guide new team riders Harri Kullas and Petar Petrov through the 2012 season.

Kullas shone in his debut season in 2010 where he scored points in 29 of 30 moto's and he continued his education throughout 2011. After finding his feet with the RM-Z250 and dominating the Frankenbach International meeting in Germany last month the 20 year old is hoping for more good form coming to Holland even if he is nursing a small back problem.

"It is great to get the GPs started again. It is quite close to my base here and especially being in the sand! I didn't have a great race in Germany last weekend and I was struggling a bit with arm-pump and also a strain in my back but I think I should be OK for Valkenswaard. explained Kullas. 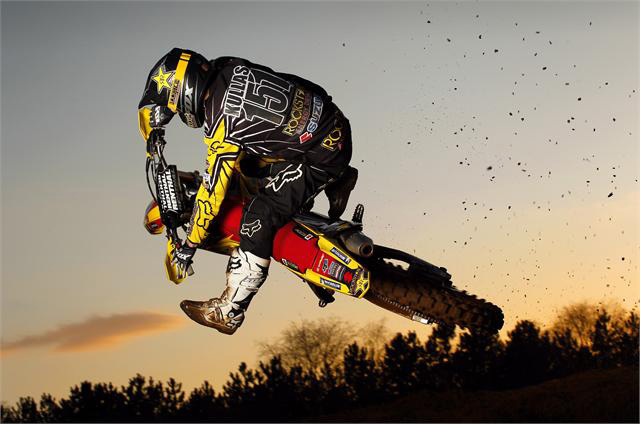 Kullas styles it up during a pre season photo shoot
"It certainly helps the race is on a Monday! The bike is working very well so I'm looking forward to getting to the circuit and seeing what we can do." Concluded the Finnish rider.

17 year old Petrov is excited to start the Suzuki chapter of his fledgling career. "I'm feeling pretty good about the weekend," he said.

"Valkenswaard is a sandy track but one that gets so rough and rutty so for sure it will be hard work! I like the performance and the feel of the Suzuki and everything is working very well with the team." he added.

"The pre-season period went OK for me. I was happy with the riding and the progression we were making to be ready for the first GP even if, for one reason or another, the results could have been a bit better. Anyway, I'm keen to go and hopeful for Monday." he concluded.

Main photo: Desalle has his eyes fixed on the 2012 Championship
Credit: Suzuki Racing.com 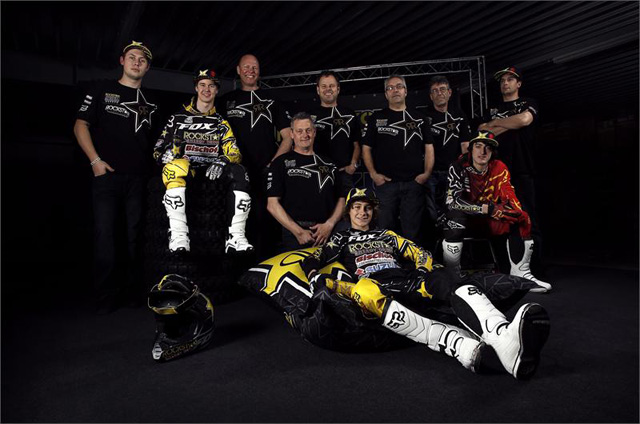