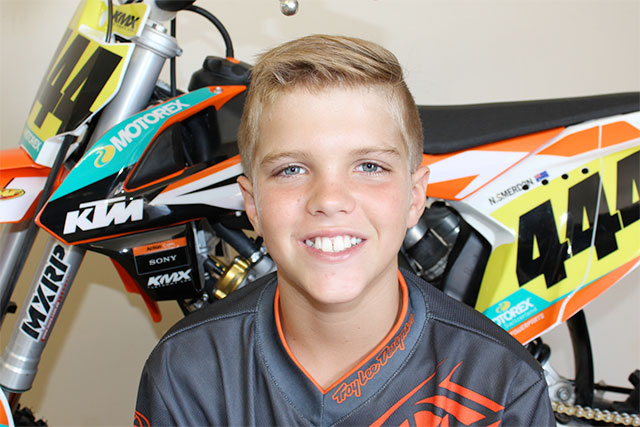 KTM Australia's highly decorated Junior Motocross Racing Team is back bolder than ever for season 2016, with a couple of new faces to replace some departing talent.

Highlighting the success of KTM Australia's junior development pathway, senior graduate Wade Kirkland has been promoted into the Raceline development squad, while national championship winner Jett Lawrence will move on to bigger things racing in Europe. 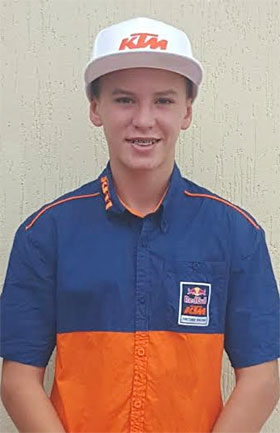 Illustrating the success of its junior development program, KTM Australia will add two new faces to its 2016 Junior Motocross Racing Team squad in Queensland's Noah Smerdon (Pictured Top) and Western Australian Regan Duffy (Above). Larger Images:
Filling their seats will be Sunshine Coast rider Noah Smerdon, who will compete in the 65cc and 85cc categories, as well as Western Australian Regan Duffy.

‰ÛÏIt's an exciting new year for the team with a couple of new additions whose form over the last two years has been too good to ignore," KTM Australia National Brand Manager, Tam Paul said.

"They‰Ûªve really earned their place in the team and we're looking forward to a really solid year. After consolidating last year I think we are on track to get a big haul of results in 2016. I believe we've got championship winning riders in each class.

"Duffy and Smerdon have graduated from the dealer program last year to the factory outfit this year, and Kirkland has graduated up to the new Raceline satellite development team, which shows the validity of KTM‰Ûªs enhanced rider development formula.

"We‰Ûªd also like to express our excitement to bring on a new partnership with Dunlop Tyres, while maintaining partnerships with our current key partners, Motorex and Troy Lee Designs, all of which sees us in alignment with the senior factory motocross team," he concluded.