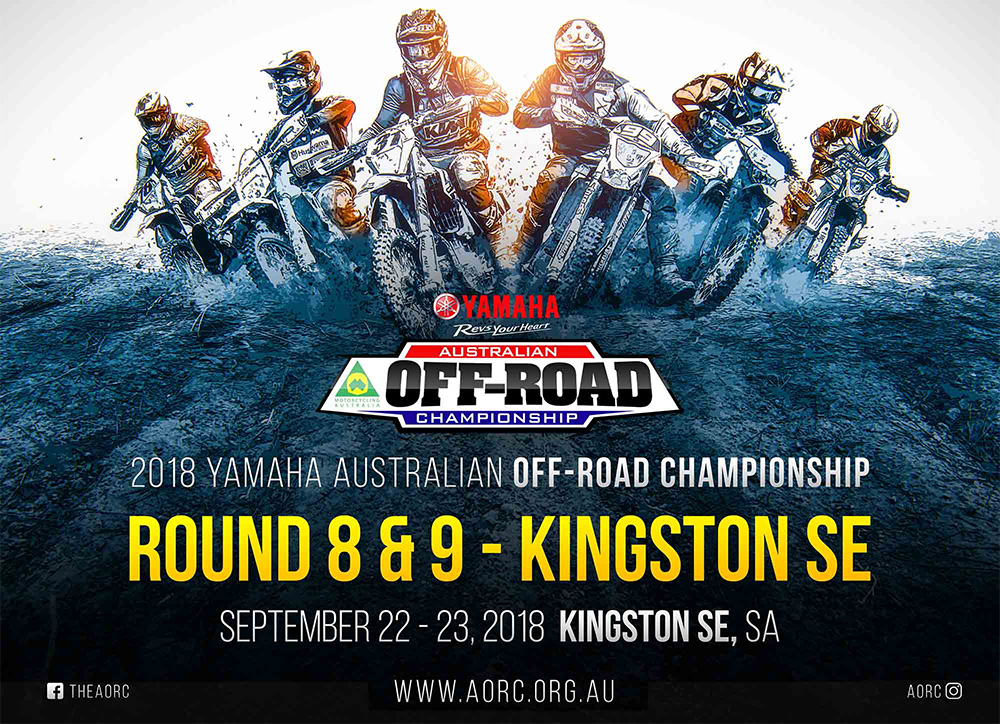 The Yamaha Australian Off-Road Championship (AORC) have announced that Rounds 8 & 9 have been moved to a new location at Kingston South East (SE), September 22-23 at South Australia.

Rounds 8 & 9 at Kingston SE will feature two sprint races on Saturday and Sunday. Terrain for the tracks will include; sand through scrub, and will consist of tight technical areas with numerous open flowing sections.

The property was previously used in the SAORC a few years ago and was very well received by the riders. AORC is looking forward to traveling there when the championship heads to South Australia.

The AORC management team have also advised competitors that entries are officially open for Rounds 3 & 4 at Hedley VIC, and can be completed via clicking here . Entries close at 30-April-2018 at midnight.