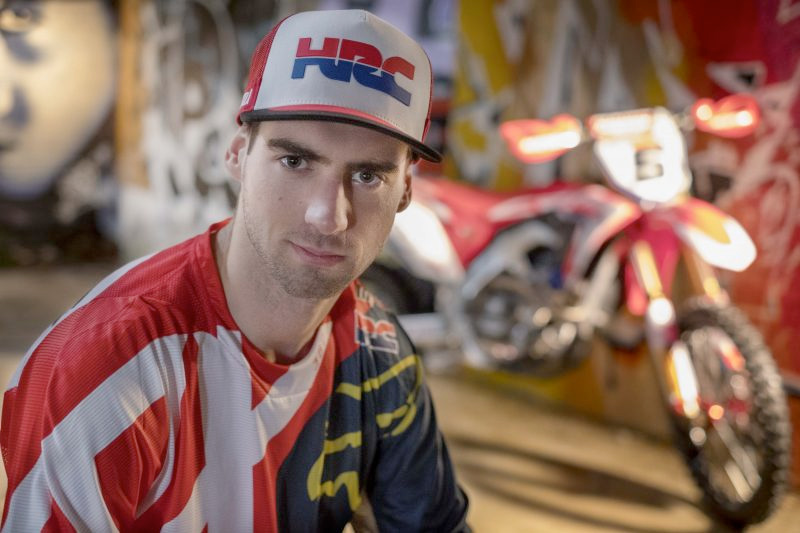 The 21-year-old from Eindhoven was performing a training session in the Netherlands, to complete his recovery, when he started to feel a discomfort in his right foot.

As the pain did not leave the young Dutch rider, Bogers decided to undergo some extensive medical examinations at the AZ St. Elisabeth Herentals in Belgium, which revealed a new, small crack in his foot. Brian will undergo surgery on May 7th, after which his recovery programme will begin.

"This is bad news after the long process that got me back on my Honda following the injury," Bogers said. "I followed the recovery programme day by day as suggested by doctors, but unfortunately these things can happen and now I‰Ûªm sidelined again. There is nothing I can do now apart from undergo surgery and do it all over again. Hopefully I‰Ûªll be able to re-join my team as soon as possible, but we will know more only in a few weeks‰Ûª time."

HRC General Manager - MXGP, Marcus Pereira de Freitas concluded. "Unfortunately, we will now have to wait a little longer to see Brian performing in the MXGP class with Team HRC. This new injury ‰ÛÒ and the surgery needed to fix it ‰ÛÒ will delay his MXGP debut. We‰Ûªre working closely with him to support his recovery, and we look forward to having him back at full strength and fitness."

Team HRC is currently analysing the new scenario and further news will be communicated when available.