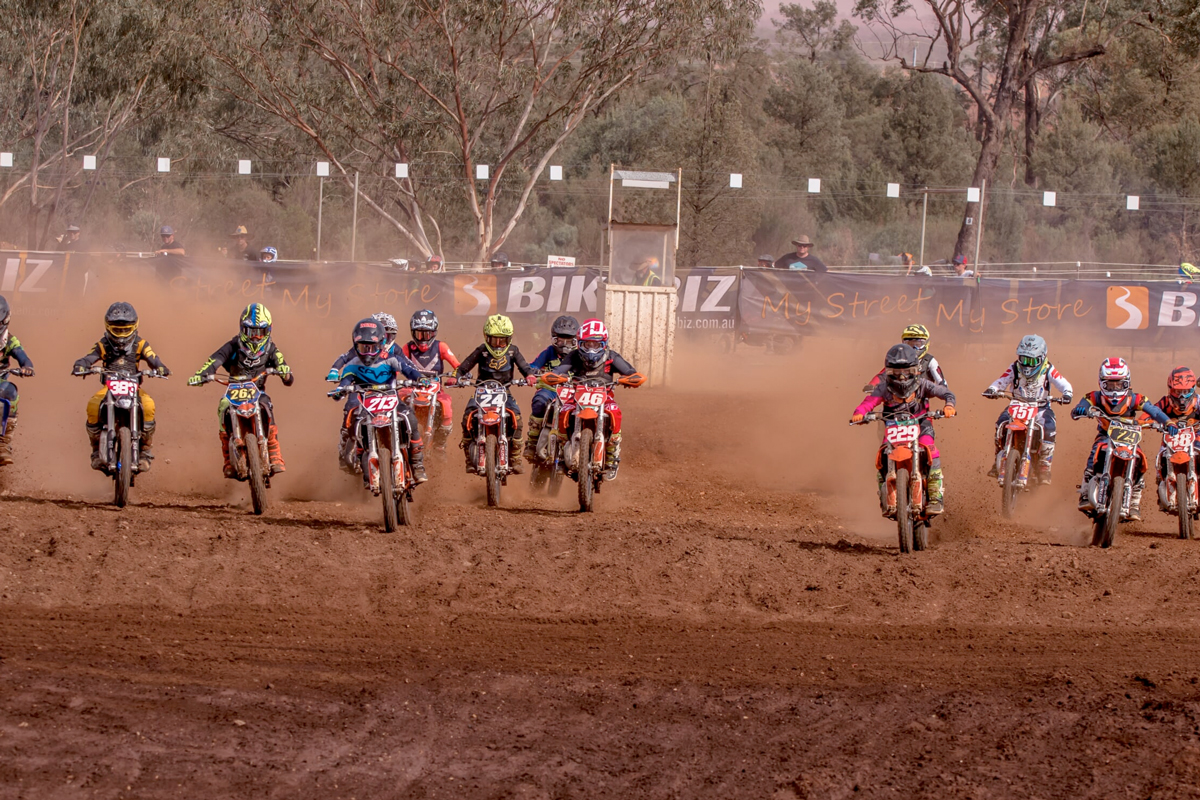 The Western Region King of MX Qualifier, hosted by the Condo Auto Sports Club in Condobolin, has seen a huge number of talented racers who don't usually compete at an Open event qualify for the final, where they will get their chance to become the NSW State Champion and claim their share of the $53,000 prize pool.

"It was great to see a host of new faces at an Open motocross event over the weekend! With a number of other series running in NSW and in other states, it was an ideal weekend to show the strength of the King of MX concept." MNSW CEO Dave Cooke commented.

"Hosted in a regional centre, we've seen a number of racers who've had bad luck at previous qualifiers make the trip in an attempt to get to the final, while a large contingent of talented local racers, who may not have otherwise made the journey, have shown some impressive speed to qualify. That‰Ûªs probably the best thing about this new King Of MX format: We hold five of the six qualifiers in regional areas away from Sydney, so the country riders all get an opportunity to be part of it and strut their stuff.

"The Condo Auto Sports Club prepared the track perfectly, and we saw some great battles throughout the weekend. The King of MX NSW State Titles is going from strength to strength, and motocross racers of all ages and grades will benefit from a strong NSW State Motocross Championship."

With six qualifying events around New South Wales, in a program that allows racers to continue to race any other series they choose, the upcomng fourth Qualifier on April 6-7, hosted by the Leeton Motorcycle Club in the Riverina region, is the last of the truly regional qualifying events.

With Canberra and Maitland qualifiers closer to the larger east-coast population, event entries are already exceeding entry expectations, making Leeton a key event for those wanting the very best chance at earning themselves a Golden Ticket. Entries for the Leeton Qualifier close in less than a week, on April 2.