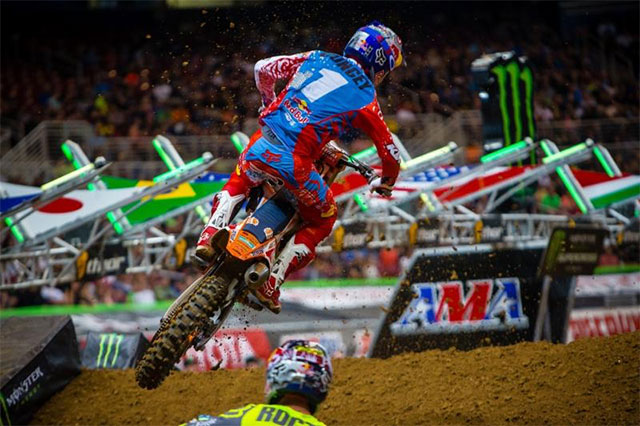 Monster Energy AMA Supercross, an FIM World Championship, will make its highly anticipated return to New England this Saturday, April 23, with the debut at Gillette Stadium in Foxborough, Massachusetts, for the 15th race of the season.

The Red Bull KTM rider will also be chasing a personal-best nine wins in a season after equaling the career-best mark he set just last season. In the Eastern Regional 250SX Class Championship, the battle for the points lead is closer than it's been all season, with just one point separating GEICO Honda's Malcolm Stewart and Yamalube/Star Racing Yamaha's Aaron Plessinger.