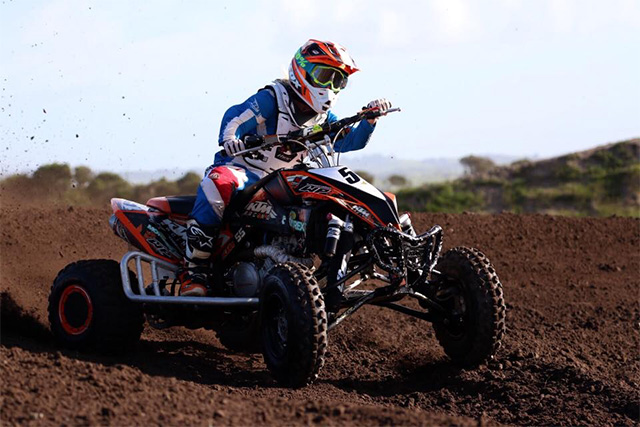 The Australian ATV Nationals, originally slated to be held from the 23 - 24 September has been rescheduled to September 30 - October 1.

In addition, the event will now be held at the famous Murray Bridge SA track, instead of Barmera.

The Australian ATV Nationals is Australia‰Ûªs premier Quad event. For enthusiasts of four-wheeled dirt action, this is one that simply cant be missed. Quads have been increasing in popularity in recent years and the community eagerly anticipates the event‰Ûªs return to South Australia.

Verity Hendy, President of the Quadriders Association of SA shared her thoughts on the upcoming event; ‰ÛÏWe are very excited for the 2017 Australian ATV Nationals, this one-of-kind event will raise the bar for all riders and teams.

‰ÛÏThe event will now race at the excellent Murray Bridge, SA track. We have been there before, everyone knows it and it‰Ûªs in a great location. Many competitors love it Australia wide, with its great atmosphere and layout. I would like to extend our thanks to the Rural City of Murray Bridge and Council. Their support behind the 2017 event is greatly appreciated.

‰ÛÏThe last time we had the nationals in South Australia, it was the biggest ATV Event in Australia back in 2009. We still hold the attendance record for that. If we can get somewhere near that, it would be phenomenal. South Australia is a very central state, which assists riders to get to the track.

‰ÛÏWe will have quite a few riders coming from a spread of states, including the Northern Territory, WA and Victoria in particular.‰Û 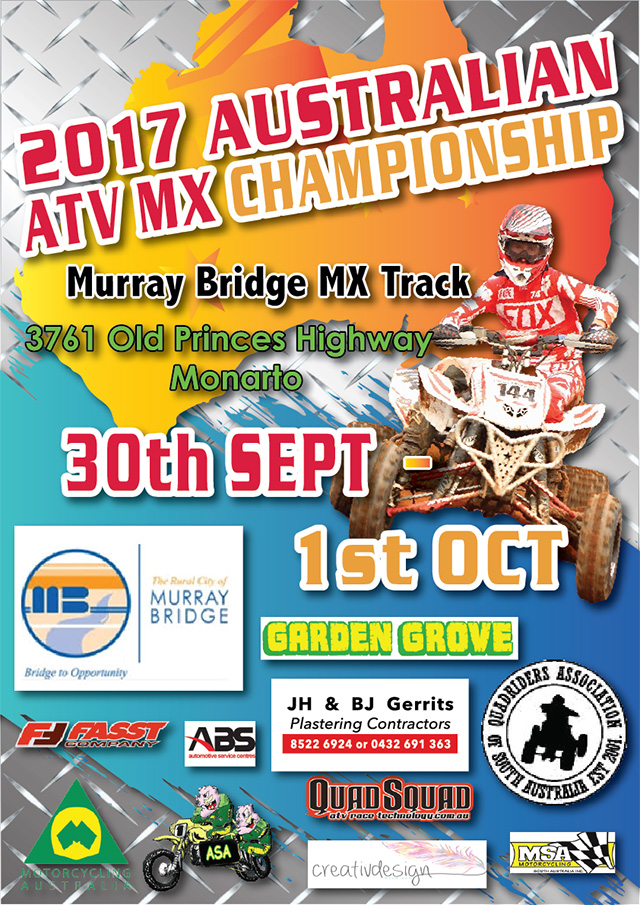