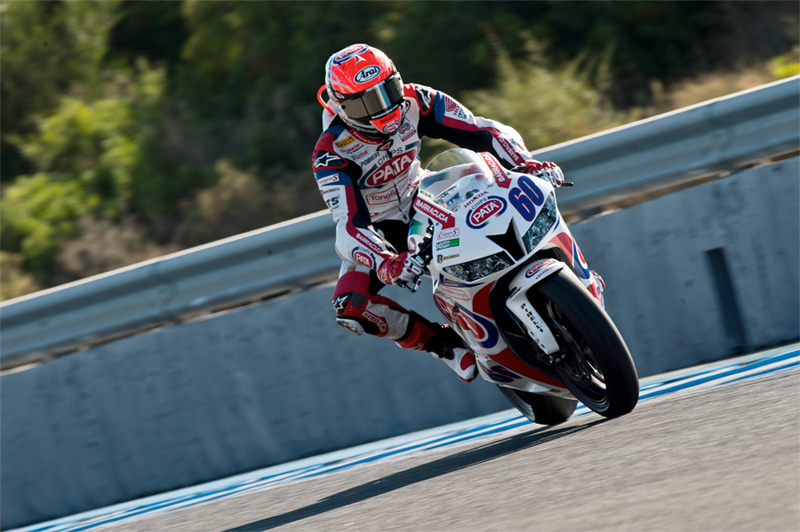 One month after securing the 2014 World Supersport championship, Pata Honda‰Ûªs Michael van der Mark is heading to Magny-Cours in France, together with team-mate Lorenzo Zanetti, for the penultimate round of the season.

Van der Mark celebrated the title in style by winning the last round at Jerez in Spain to stand on top of the podium for the fifth time this season. This weekend he returns to the circuit where he won the FIM European Superstock 600 championship two years ago with another race victory on Honda‰Ûªs CBR600RR.

Since his impressive race and championship win in Jerez, it has been announced that the 21-year-old Dutch flyer will ride for the Pata Honda team in the World Superbike championship for the next two years, but in the short term, van der Mark has nothing but another World Supersport race win in his sights for Magny-Cours.

"The championship is over now but I am a racer and I still want to win." Van der Mark said. "I really like Magny-Cours and I think we have proven at every circuit we have a good base setting, so I cannot wait to go out on track.

"Magny-Cours was already special for me because I won my first title, in European Superstock, at this track two years ago. Now I have taken the next step and will arrive there as the Supersport champion.

"I have signed for two years with Pata Honda to race in World Superbike so I think that with everything fixed this could be one of the most relaxed weekends we have had this year. We only have the race itself to think about at this round and I will try to win it.

Lorenzo Zanetti, is also hoping to add to his single race victory this season, taken at his home race in Imola in Italy in May. The 27-year-old currently sits in fourth place in the World Supersport championship standings and, although the title has gone to his Pata Honda team-mate, the runner-up spot is still a possibility.