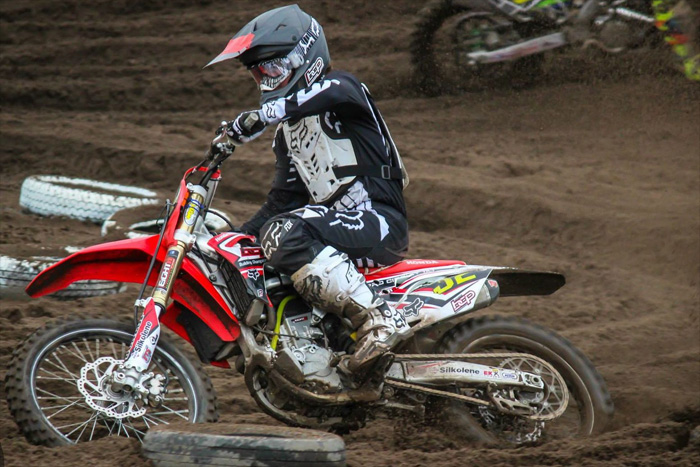 After a break through year in 2015 on board his BCP Pro Circuit Honda CRF250R Taj Marshall has signed on again under the watchful eye of Team Manager and coach Lee Hogan for 2016.

The pair had a stellar year in what was the first year running of the newly formed Factory Honda Junior Team. Marshall was in a league of his own at this year‰Ûªs National Junior Motocross Championships where he won the premiere 250cc class by a whopping 24 points over his BCP Pro Circuit Honda team-mate Trent Collins who has also signed on with the team for 2016.

The pair holeshotting and winning four of the five finals between them at this year‰Ûªs week long event.

‰ÛÏI‰Ûªm so happy to be defending the number one plate with the same tight crew that I had in my corner this year,‰Û