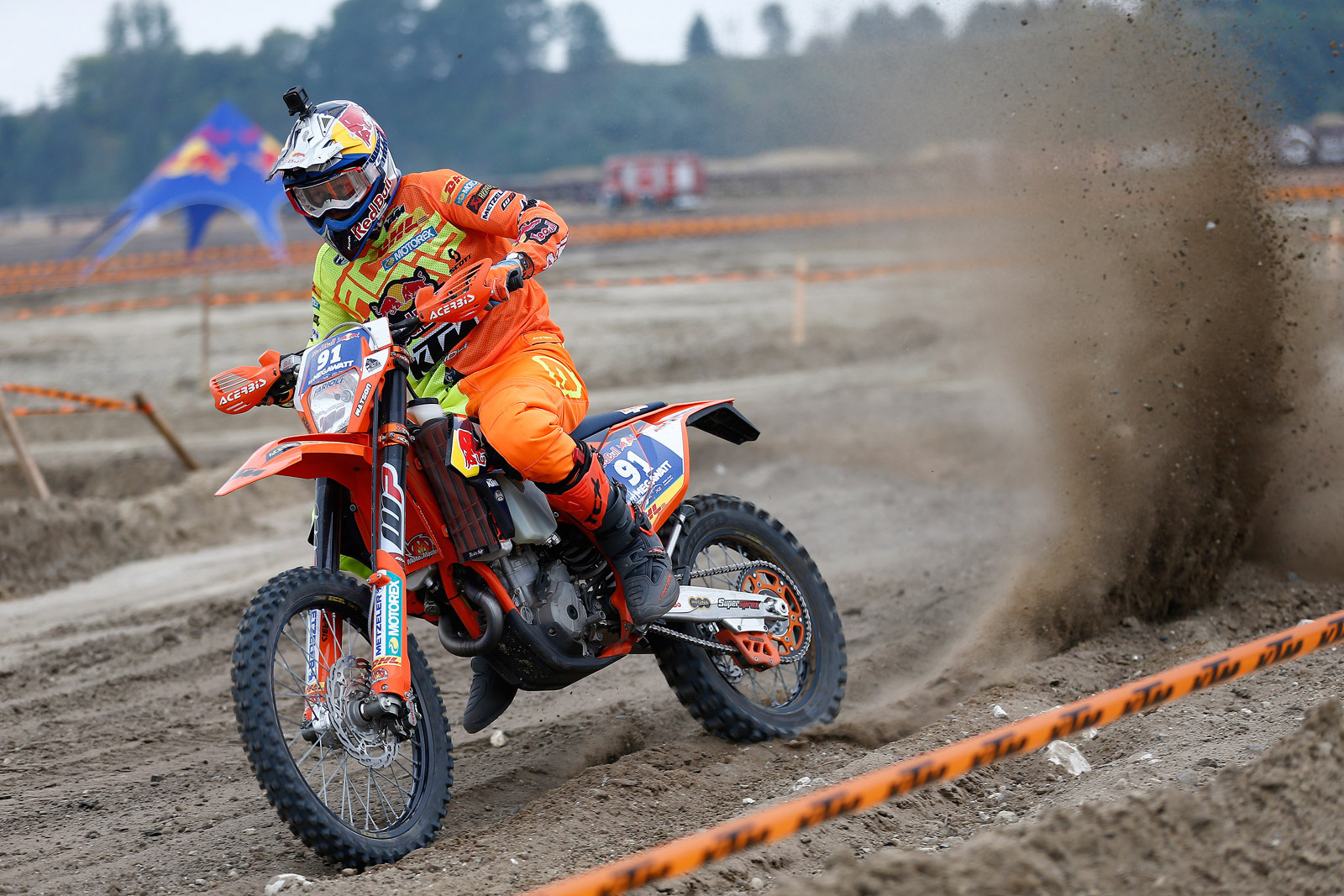 Great Britain‰Ûªs Nathan Watson has set the pace at Poland's Red Bull 111 Megawatt to top qualification for round five of the World Enduro Super Series.

With 1000 competitors eager for action at round five‰Ûªs Red Bull 111 Megawatt, the opening day of competition saw riders compete for a place in Sunday‰Ûªs main event by battling it out on a 12-minute-long sandy Motocross special test and the world‰Ûªs longest Endurocross track. 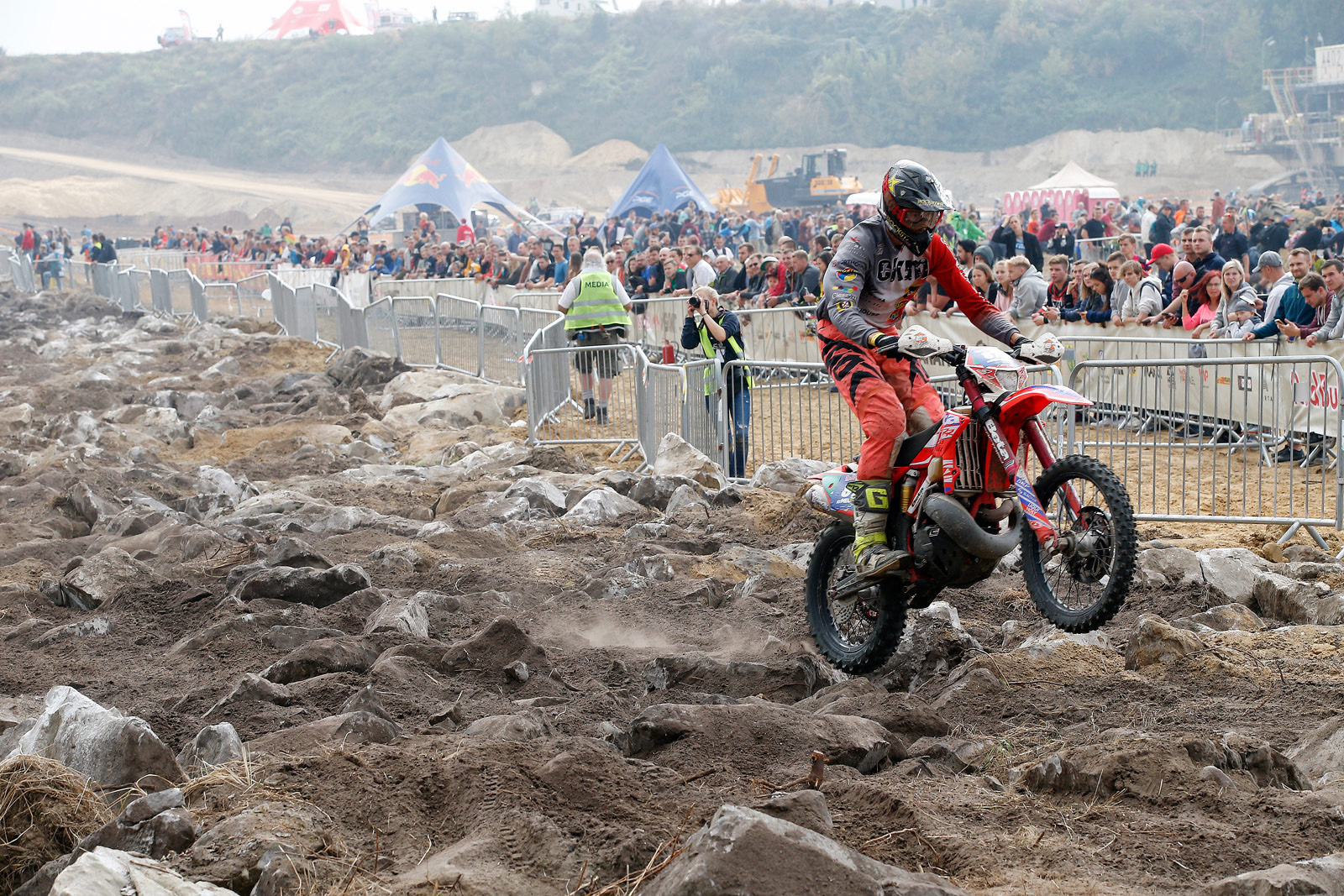 At the top of the standings, Classic Enduro specialists Watson and Garcia were quick to set the pace, heading the provisional standings at the end of the opening qualification run. Walker and Blazusiak were close behind in third and fourth.

Despite rougher conditions, the majority of riders went faster for run two. Considerably improving his time on the Motocross test, Watson put his name to the top of the results sheet heading into Sunday‰Ûªs final. With just eight seconds separating them, Garcia took second place, while series leader Walker ensured a strong, front row start with third. 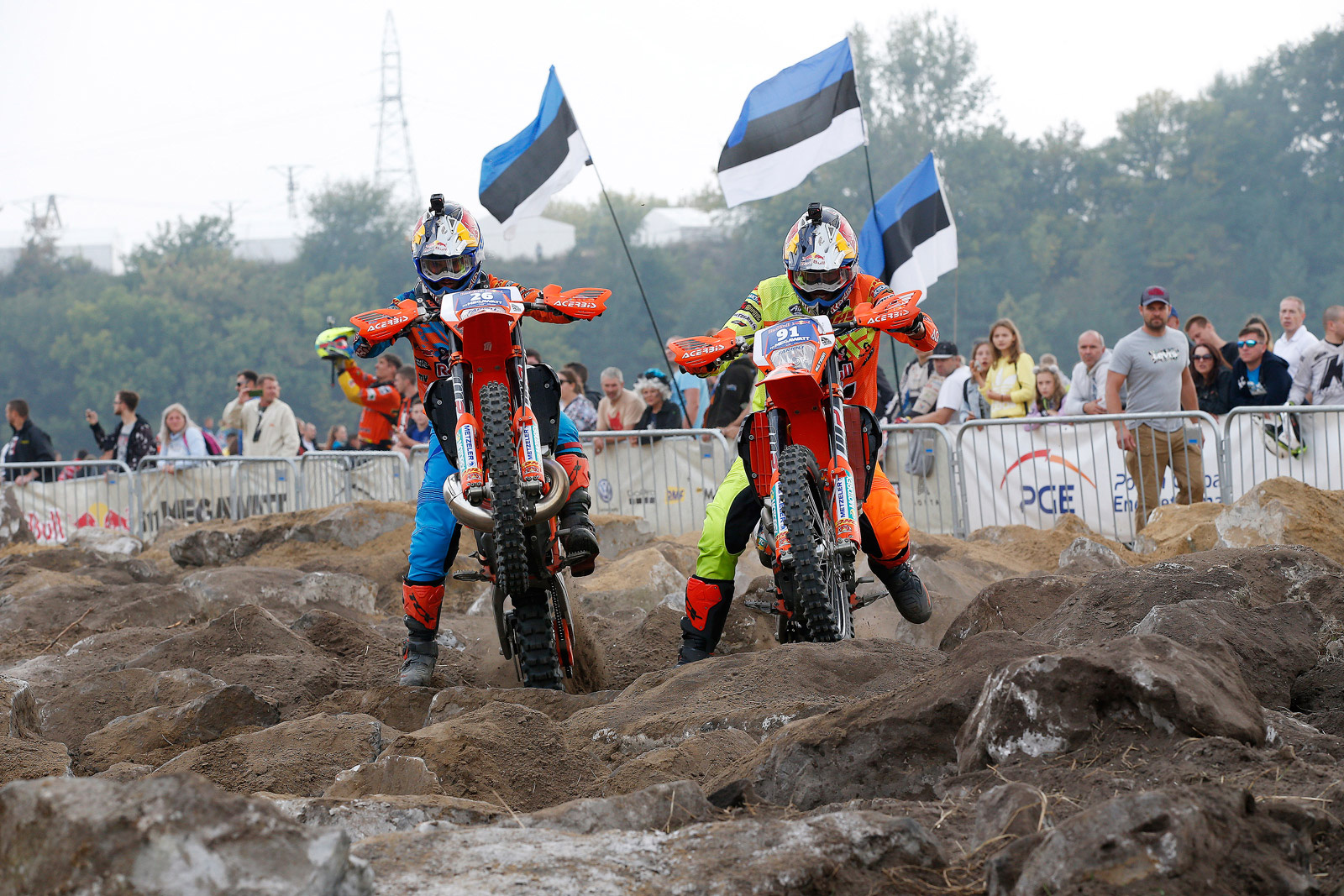 Sunday‰Ûªs race schedule, for round five of WESS, will commence in the morning with the GoPro B Final for the 501-750 fastest qualifiers. At precisely 1.11pm the top 500 qualifiers will blast off the line for the three-lap feature race where a 30-kilometre long course weaves its way around the coal mine.

The Red Bull 111 Megawatt final will be broadcast live on Red Bull TV from 13.05CEST.

‰ÛÏIt feels great to qualify fastest for round five of WESS." Watson said. "When I saw the sand quarry I knew I could put in some quick times as it‰Ûªs the terrain I‰Ûªm most comfortable in.

"The Motocross test was really good and even though it was rough on lap two it rode faster. There was better grip in the corners and you could really push hard. The Endurocross test was long, rough and tough, with some big jumps, too. Overall, it‰Ûªs been a great day and hopefully I can continue this form for tomorrow.

"I‰Ûªve no real idea what to expect but I‰Ûªll give it my best shot. Hopefully I can get a good start and put myself into a good position on lap one and be there when it counts at the end.‰Û