Nathan Watson delivered a masterclass at CFS round four 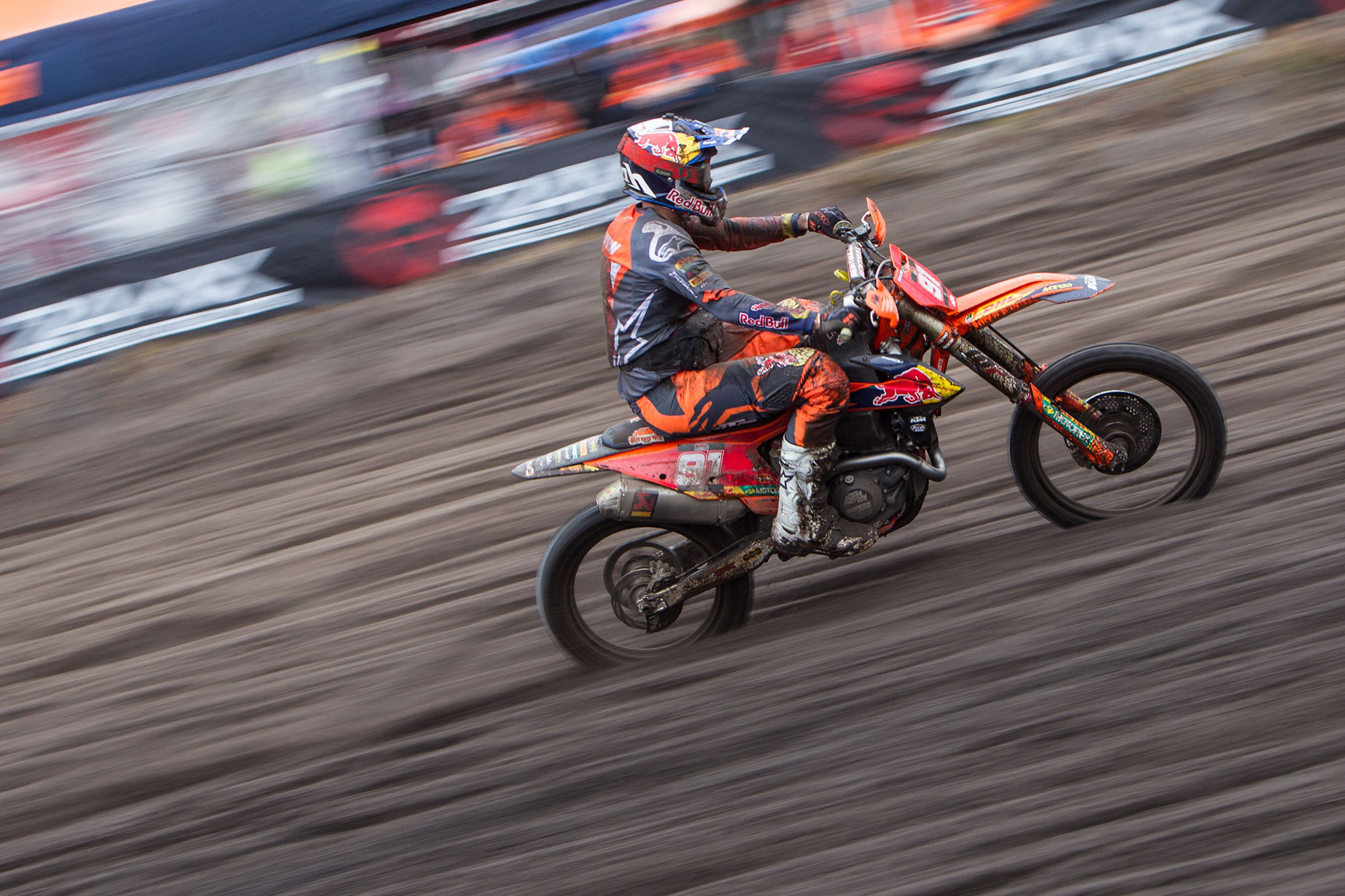 Confidently securing his second win of the series, the Red Bull KTM Factory Racing rider further extends his championship lead. Putting in an impressive ride, teammate Camille Chapeliere joined him on the podium for the first time in 2019 finishing 20 seconds back from Yamaha rider Todd Kellett with third.

After last month‰Ûªs cancellation of round three at Magesq, competitors returned to action for round four at Saint Leger de Balson - inland, south of Bordeaux. Eager to build on his championship lead, Nathan Watson was determined to add to his win tally.

With continuous rain falling throughout the day, Watson knew that a strong start would be key to ensuring success. Claiming one of his best starts of the 2019/20 series, the KTM 450 SX-F mounted rider did exactly that by ending lap one inside the top five. Quickly picking off riders one-by-one, he powered his way into the lead on lap four, setting a pace that few could match.

After 10 laps he stretched his advantage out to one-minute and 20 seconds over teammate Chapeliere. Feeling comfortable in the worsening conditions he held his pace for the remaining six laps of the two-hour and 30-minute race. In doing so he secured a confidence-boosting victory heading into round five next weekend in Hossegor-Capbreton.

‰ÛÏConditions were difficult today," Watsone said. "We woke up to rain and it seemed to keep falling the whole day. By the time our race rolled around the track was pretty beaten up and I knew getting a good start and getting to the front as early as possible would be key.

"Thankfully I had one of my better starts of the year and with some decent passes I was able to get by Camille for the lead on around lap four. I just put my head down after that and opened up an advantage. When I got it to about one-minute and 30 seconds I was able to control things to the finish. We‰Ûªre back in action next weekend where hopefully I can continue this win streak heading into the Christmas break.‰Û