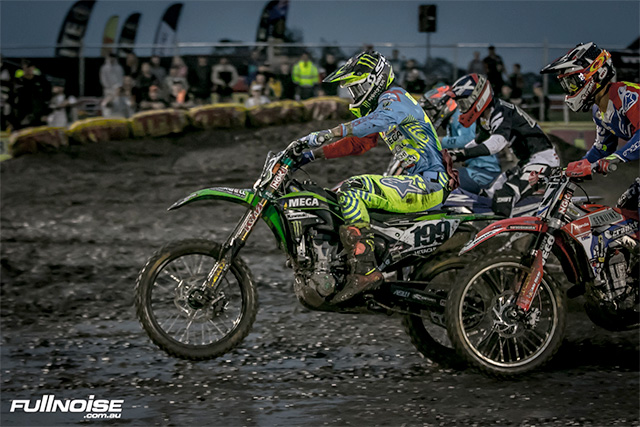 2017 Australian Supercross Championship SX1 Class competitor, Nathan Crawford has successfully appealed the decision, which relegated him from first to third position at Round 6 Jimboomba that took place on November 18, 2017.

Crawford was penalised at the event following an incident where he left the track and rejoined the race. As a result of the successful appeal, Crawford has been restored the Round 6 Jimboomba SX1 win.

The basis for the decision below stems from Chapter 7 of the GCRs and in particular Rule 7.1.2.1 which provides for penalties where a rider‰Ûªs machine has left the track and thereby an advantage has been gained.

Evidence shows Crawford, when leading towards the end of the race, left the track inadvertently for a few seconds. He slowed up with his hand in acknowledgement of what had happened. He then rejoined the race and eventually crossed the finish line in first position.

The committee, with respect, disagrees with the basis of the decision to penalise Crawford. There is sufficient evidence to say that Crawford did not ‰Û÷gain an advantage‰Ûª within the meaning of Rule 7.1.2.1. This alone is enough to reinstate the competitor‰Ûªs first place position and points.

Please find the updated championship and round points below.