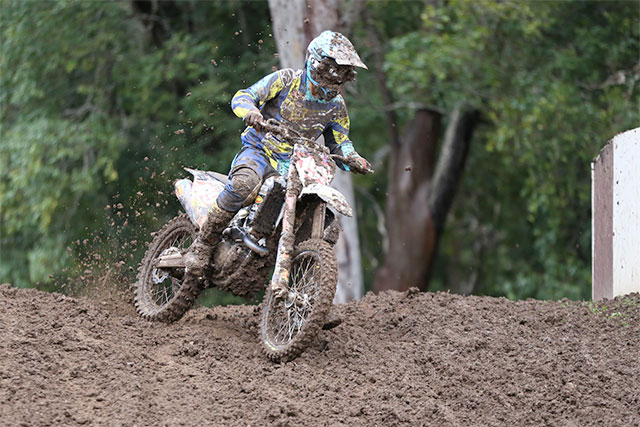 On a day when a small slip was enough to make a big dent in a rider‰Ûªs title aspirations, Husqvarna Factory Support racer Nathan Crawford kept his well on track as the seventh round of the MX Nationals unfolded at Conondale in Queensland.

Crawford finished second in the day‰Ûªs MX2 stoush behind Jed Beaton and ahead of Jayden Rykers.

A solid Saturday of soaking rain skewed the pre-event track watering schedule sharply into a surplus state, and with a glut of deep mud and a dearth of usable passing lines, riders were prepared to sell their grandmothers for a lightning start.

Whatever the method he used, Crawford managed to pull an excellent start in moto one, and powered his Husqvarna FC250 to an impressive victory before an appreciative home crowd.

His start wasn‰Ûªt quite as effective in the second, and he was forced to make his way forward through a shower of flying black roost to an eventual fourth place, in order to take the runner-up slot for the round.

‰ÛÏTreacherous conditions today, but we still came out of it pretty good," Crawford reflected, "A bad start in the last moto cost me a little bit, but I‰Ûªm still in a good position for the last three rounds, so I‰Ûªm not complaining too much there. 1 ‰ÛÒ 4 is not too bad. Due to environmental considerations, we are not allowed to run tear-offs, so, vision was a struggle. Scott puts together a good Roll-Off system, but the amount of mud out there still made it hard to see. So, a few battles today, but we made the best that we could of it.‰Û 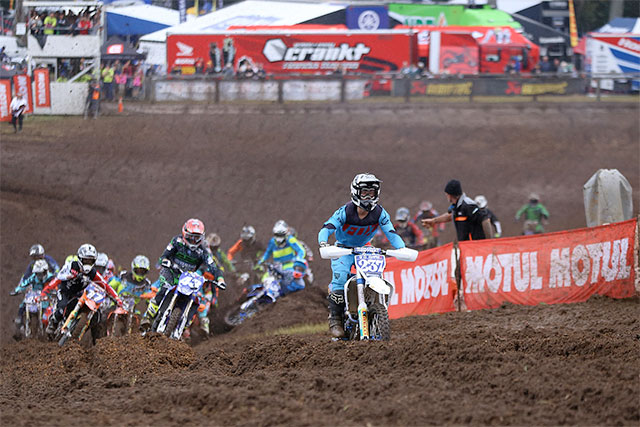 ‰ÛÏIt was a pretty solid day all up," Small said. "We didn't have quite the right bike set up in the second race and I had quite a few little crashes. But I got fourth overall, and had an awesome first moto finishing third, so there were definitely some positives to take out of today. I pulled my first holeshot for the year in that opening race and led a national for 10 to 15 minutes. It was really hard to keep my cool and be patient trying to pass lappers on a really one-lined track when I was leading my first national race!‰Û 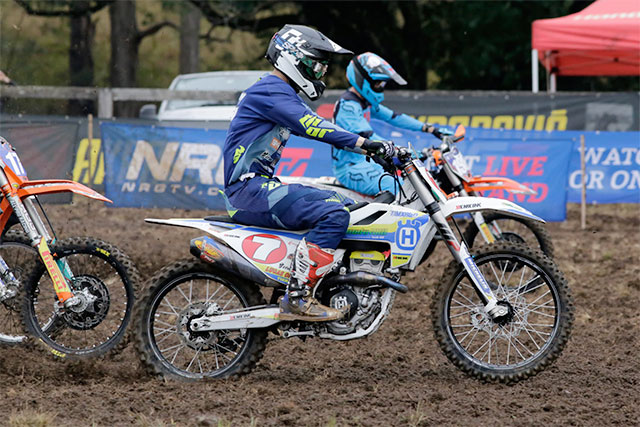 Connor Tierney
SD3 Husqvarna team rider Kaleb Barham was unable to find his trademark starts at Conondale, and found himself mired in the pack in the opening moto. The Toowoomba ace rebounded in the second to finish fifth ‰ÛÒ his 11th on the day enough to keep him in sixth in the Under 19s. 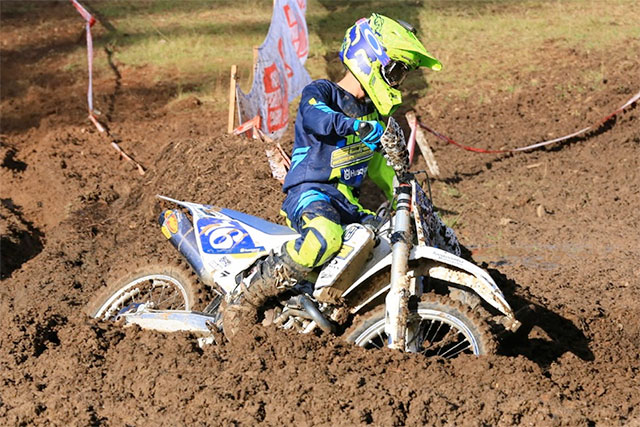