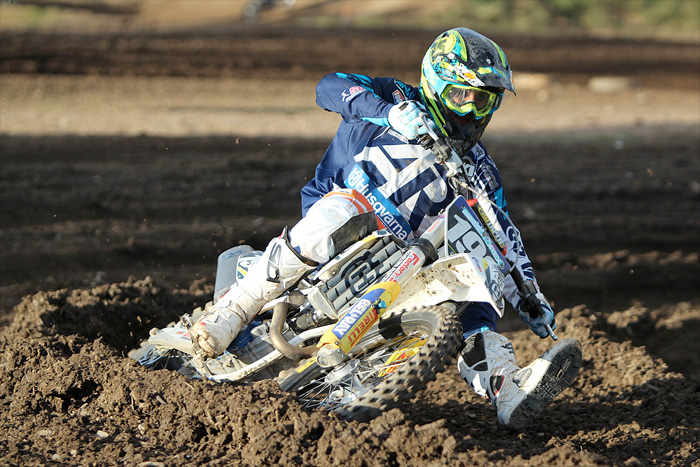 Husqvarna riders claimed more than their share of the trophies when the 2015 Queensland Motocross Championships concluded at Tivoli Raceway near Brisbane over the weekend.

Husqvarna factory support rider and national MX2 big gun Nathan Crawford led the way with a resounding victory in the Pro Lites championship, ahead of Wade Hunter and Nick Sutherland.

Crawford won the opening round of the championship in Rockhampton in back April, and underlined the point in red pen with a three-moto domination at Tivoli aboard his Husqvarna FC 250.

‰ÛÏWe try and make the Queensland titles an event we do every year, me and Dad, and it was held on to different tracks this year which was a lot better than last year." Crawford stated. "I ended up winning all three races, which was good enough to win the championship so that was better than last year when I had a shocking Queensland titles with things not going my way.

"It was good to rebound this year and get Husky the win, and the win for me as well. It's good race time and it gives me a good bit of confidence for my preparation for the second half of the nationals season.‰Û