Nambotin back on top, Redondi and Edmondson crowned world champions

At the end of a day filled with drama there was delight for Christophe Nambotin (KTM), Giacomo Redondi (Honda) and Jack Edmondson (KTM) on the first day of competition at the Acerbis EnduroGP of Italy.

Conditions in Fabriano started out wet but ended dry. The heavy rain that fell throughout Friday ensured a slippery start to the day, but with clear skies and warmer weather returning mid-way through the day the last lap featured more typically Italian conditions. Champ 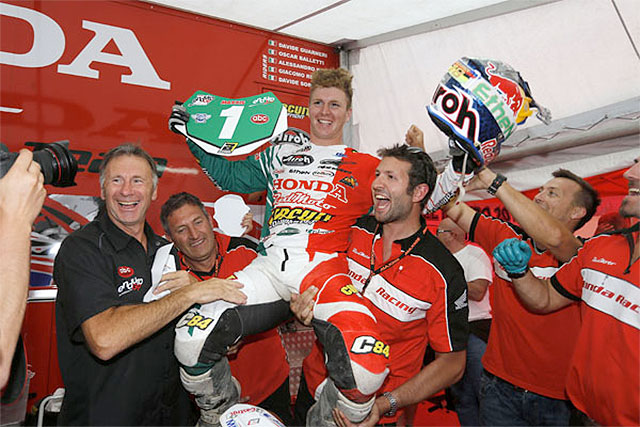 Giacomo Redondi celebrates his Enduro Junior world championship title in front of his home fans.
For Nambotin the opening day‰Ûªs competition ended in the best possible way, with the French star claiming his first outright win of the season. Hampered by injury problems and bad luck, Nambot‰Ûª finally put his troubles aside to finish just under five seconds ahead of Matt Phillips (Sherco). With Phillips quickest during the first half of the day, Nambot then found his form and in winning three of the last five tests took the win.

‰ÛÏIt feels great to ride like I know I can,‰Û 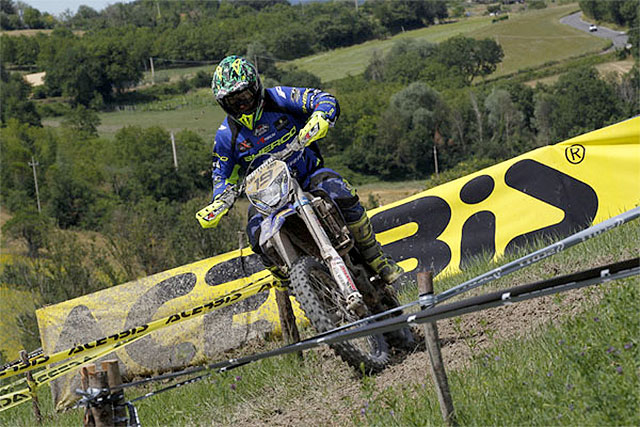 Despite just missing out on the outright win the day also ended well for Phillips, who secured more important EnduroGP World Championship points
The Enduro 1 class podium welcomed not one but two Italian riders, with Oscar Balletti (Honda) returning from injury to claim the runner-up result while Alessandro Battig (Honda) claimed his first senior class podium result with third. But the day was all about Remes who finished more than one-and-a-half minutes ahead of Balletti and importantly secure important championship points. Mikael Persson (Yamaha) claimed his best result of the championship to date in fourth with Nathan Watson (KTM) enduring a near disastrous day to finish fifth. Affected by more crashes than in the rest of the previous six rounds of the series put together, Watson proved fast on the extreme test but lost too much time on both the enduro and motocross tests to challenge for the podium.

In winning the overall EnduroGP classification Christophe Nambotin also topped the Enduro 2 class, ahead of Phillips and Mathias Bellino (Husqvarna). A little off the pace during the slippery, early stages of the race Bellino upped his game during the closing stages of the day to finish 34 seconds behind Nambotin. Loic Larrieu (Yamaha), Taylor Robert (KTM), Cristobal Guerrero (Yamaha) and Alex Salvini (Beta) rounded out the top seven.

Securing his ninth Enduro 3 class win of the series Steve Holcombe finished some 30 seconds ahead of Manuel Monni (TM) despite a few slips during the day. Nevertheless topping four of the day‰Ûªs special tests Holcombe again distanced himself from his rivals and extended his championship lead. Holcombe and Monni were joined on the podium by Johnny Aubert (Beta). Thomas Oldrati (Husqvarna) enjoyed a strong day to finish fourth, ahead of a trio of Frenchmen ‰ÛÒ Jeremy Joly (KTM), Antoine Basset (KTM) and Romain Dumontier (Yamaha). Phillips 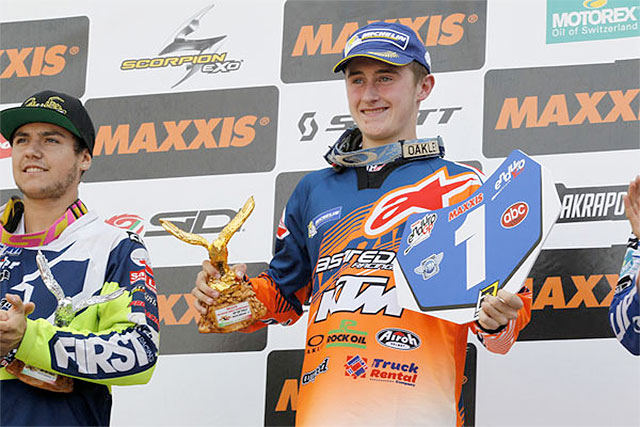 Jack Edmondson, who in topping the Enduro Youth class claimed the Enduro Youth World Championship
The biggest celebration at the end of the day went to the RedMoto Honda team as they enjoyed the crowning of Giacomo Redondi as Enduro Junior World Champion. Dominating the series from its start in Morocco, Redondi once again blitzed his opposition to win by more than one-minute, and with it secure the junior title that for the last few season had eluded him.

‰ÛÏTo finally win the Enduro Junior title after finishing as runner-up on so many occasions, it just feels great,‰Û 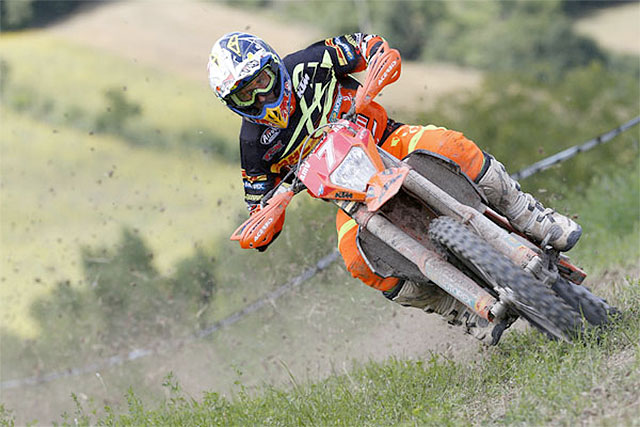 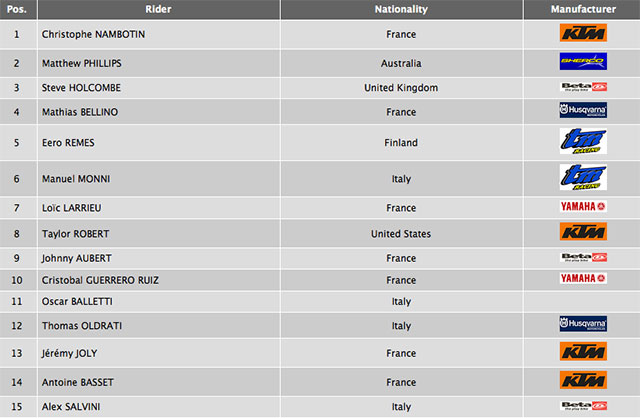