Just as he did on day one of the Maxxis EnduroGP of Hungary, KTM‰Ûªs Christophe Nambotin claimed EnduroGP class victory to complete a perfect weekend in ParadfÌ_rdo for the Frenchman.

Pushed every step of the way by team-mate Nathan Watson, Nambotin placed less than five seconds ahead of the Brit with Loic Larrieu (Yamaha) a further three-and-a-half seconds further back in third. EnduroGP championship leader Steve Holcombe (Beta) placed fourth. In the Enduro 2 class Jamie McCanney (Yamaha) secured his first win of the season, finishing on top of yet another hard-fought battle with Josep Garcia (KTM). Eero Remes (TM) finished third.

With less than 10 seconds separating the top three finishers in the EnduroGP class on day two of the GP of Hungary, Christophe Nambotin (KTM) once again showed himself as the rider to beat. Topping five of the day‰Ûªs 10 special tests the Frenchman set the pace for much of the first half of the day, but with the short, dry special tests affording no rider an easy time, Nambo‰Ûª found himself under constant pressure from team-mate Nathan Watson. Doing exactly what he needed to do in order to take the win, Nambo‰Ûª rounded out the day mistake free to earn a back-to-back victory. 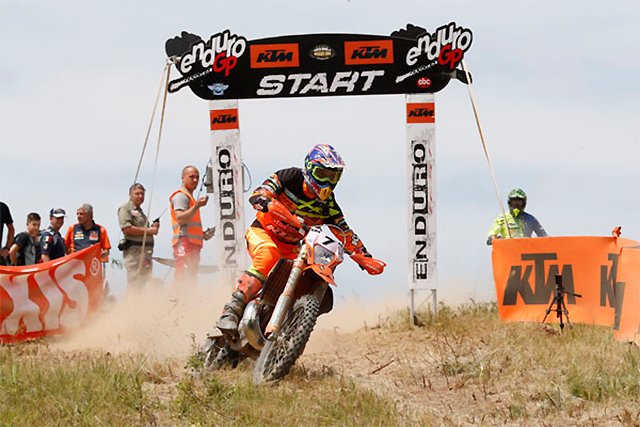 EnduroGP winner Christophe Nambotin
‰ÛÏI rode well this weekend, I feel much better than I did at the start of the season,‰Û 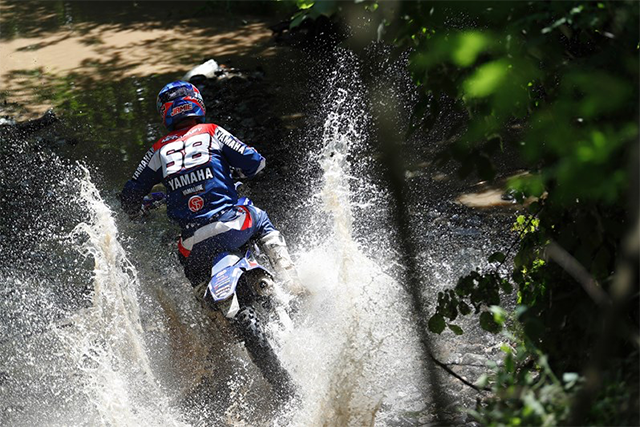 Enduro 2 winner Jamie McCanney
‰ÛÏSeemingly every event I‰Ûªve done this year has come down to the final special test,‰Û 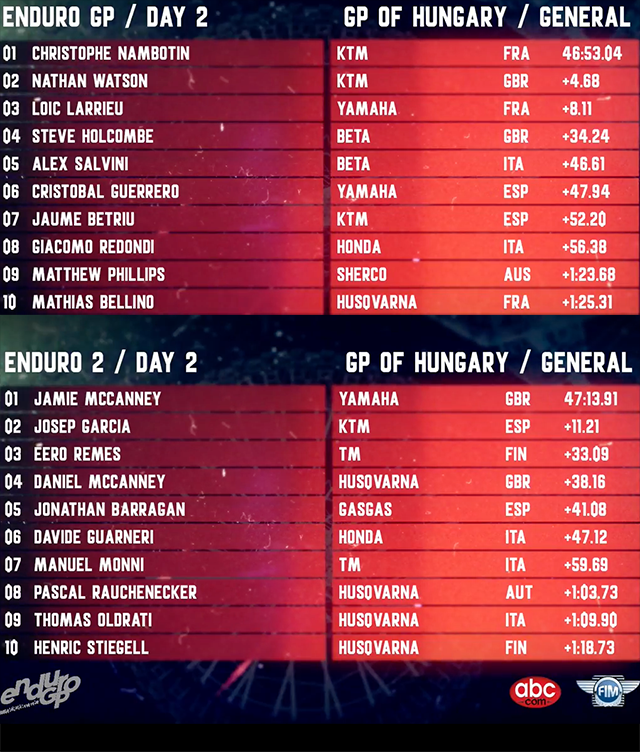