Claiming his first EnduroGP class win of 2017, Christophe Nambotin (KTM) was the rider to beat on day one of the Maxxis EnduroGP of Hungary where the Frenchman placed close to 22 seconds ahead of EnduroGP series leader Steve Holcombe (Beta) with Loic Larrieu rounding out the podium in third.

In the Enduro 2 class Nambotin‰Ûªs team-mate Josep Garcia (KTM) claimed his fourth win of the championship to come out on top of a close fought battle with Eero Remes (TM) and Jamie McCanney (Yamaha).

Showing exactly why he is a multiple former world champion, Nambotin topped the first two tests ? extreme and enduro ? during the opening lap, going on to top a further three more special tests to win by close to 22 seconds. ?

"It was a good day,"? commented Nambotin with a smile. ?"No mistakes in the Super Test on Friday night and then a good first lap today. I felt good, no mistakes, and everything went well. Let‰Ûªs see what tomorrow is like. There is one main line on all of the tests, so it‰Ûªs harder to make any advantage now. But of course I will push hard to try and win on day two."? 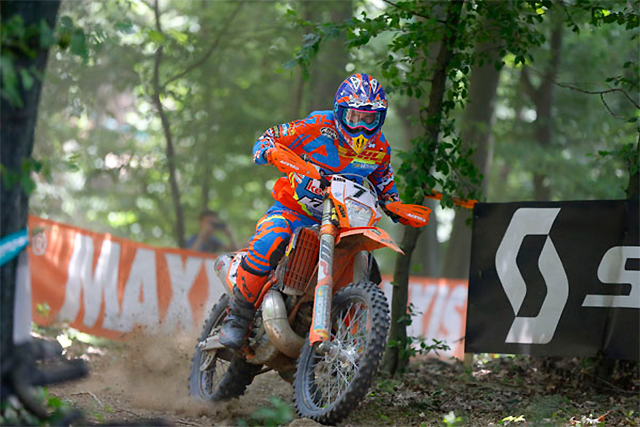 Christophe Nambotin
With four riders all battling for the runner-up position it was eventually Steve Holcombe who secured the runner-up position. Second to Nambo on the day‰Ûªs opening two tests, Holcombe lost a little time at the end of the first lap and the start of lap two, but pushed hard towards the end of the day to claim second and maintain his EnduroGP championship lead.

With two-stroke riders placing first and second, Loic Larrieu (Yamaha) ended day one as the highest placed four-stroke rider in third. Just three-and-a-half seconds behind Holcombe, Frenchman Larrieu in turn finished close to eight seconds ahead of Australian Matt Phillips (Sherco). Despite not making the strongest of starts to the day, Nathan Watson posted the fastest time in the EnduroGP class during the final two tests and in doing so placed just 0.50 of a second behind Phillips.

Privateer rider Cristobal Guerrero (Yamaha) rounded out the top six with Mathias Bellino placing seventh on his return to the series. Injured just days before the series opener in Finland, with virtually no time back on a bike ahead of the GP of Hungary Bellino ended the day tired but pleased to be back racing. Eighth went to Friday night‰Ûªs Super test winner Christophe Charlier (Husqvarna) with Ramon Quer (Husqvarna) and Giacomo Redondi (Honda) rounding out the top 10. 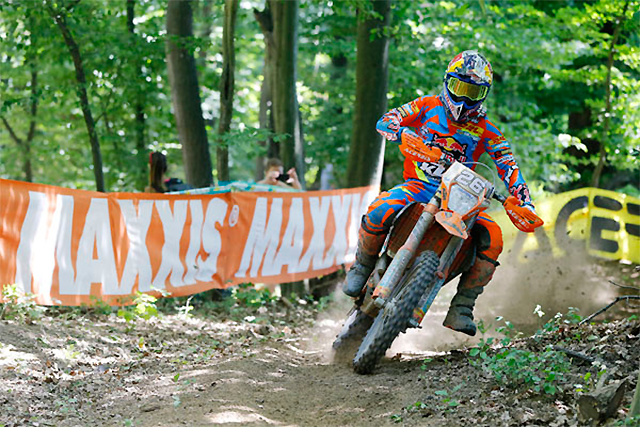 "I knew that I would either win or crash in the last test, and I did both," explained a thrilled Garcia. "I gave it everything and although I made a small mistake I managed to win. But it was so close all through the day. Jamie and Eero were both really fast, so I had to push hard. Sometimes I pushed too hard, but I had to. In the end it was a good day."

With just over five seconds separating the top three, Remes claimed the runner-up spot with Jamie McCanney third. Some 25 seconds behind Jamie, Davide Guarneri (Honda) claimed his best result of the championship to date in fourth. Fifth went to Pascal Rauchenecker (Husqvarna).

In the Enduro Junior class Brad Freeman (Beta) proved to be the rider to beat throughout the day. Fast on the second day of the GPs of Italy and Spain, in Hungary Brad started strongly and remained fast and consistent during every special test. At the end of the day he finished 25 seconds ahead of Swede Mikael Persson (Yamaha) and his team-mate Matteo Cavallo (Beta) in third.

Enduro Junior championship leader Davide Soreca (Honda) placed eighth. "It was a really good day for me," explained Brad. "I really wanted to do well on the first day as I struggled to find my speed on day one in Spain and Italy. From the Super Test I managed to keep things moving in a good direction. I hope I can do the same again on day two."

Andrea Verona (TM) and Ruy Barbosa (Husqvarna) were the two riders that battled at the head of the 125cc Youth class. Verona eventually claimed the win, finishing just under 10 seconds ahead of Ruy. Third went to Frenchman Leo le Quere (TM). 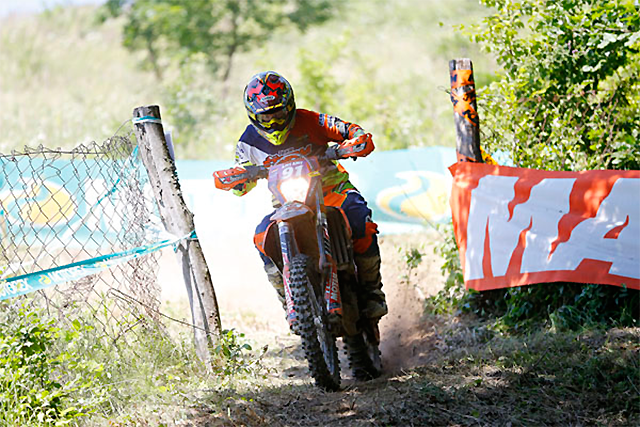 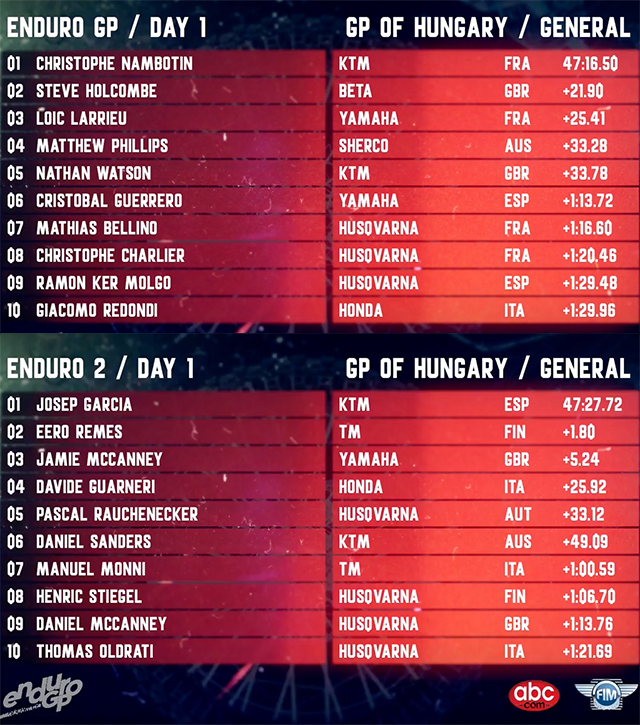