MXTV Heads To The Conondale Classic and AJMX Championships Tonight 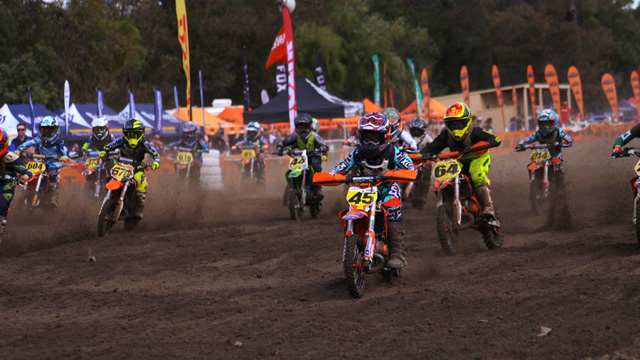 MXTV viewers are in for a treat as the crew head from coast to coast of Australia to take in some old school MX action followed by checking out the next generation of Aussie motocross stars on tonight's episode six of the 2015 series.

Airing on TV4ME on Channel 74 in metro areas and 64 in regional towns from 8.30pm, Macca returns to the screen and heads to Queensland to take in all the action at the 2015 Conondale Classic as classic MX bikes and riders cut laps around one of Australia's Iconic grass tracks.

While Macca lives it up in Queensland, show co-host and producer Brendan Bell heads to the other side of the country to catch all the action of the 2015 KTM Australian Junior Motocross Championships held in Bunbury Western Australia.