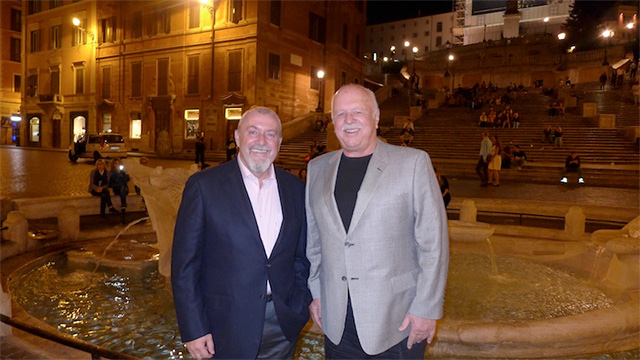 After 4 years MXGP will be returning to US soil and to one of the most prestigious tracks in the world; Glen Helen will be the hosting venue of the last MXGP event of the season on the 20th September 2015.

According to Bud Feldkamp, President of Glen Helen Raceway, Inc.:‰Û÷With another opportunity to once again host a USGP and work with Giuseppe, Glen Helen will do something that I don‰Ûªt think any other motocross track has ever had the privilege of doing‰Û_hosting both a US MX national and USGP event in the same year.

"Coordinating these two events with the US MX national occurring in May and then the FIM USGP having its final round in September was crucial to making this a possibility for Glen Helen. It also made it possible for other American based professionals to compete in the final round of the FIM world championship series.

"Then, when you add the fact that there is a chance for Ryan Villopoto, a 3-time US MX National Champion, to become the first US rider in almost 33 years to clinch a world MXGP title and to do so on American soil, this event becomes even more exciting.

"I look forward to the chance for our dedicated team of Glen Helen staff to welcome the world to what I believe is the best track and fan base in motocross and I am confident we will all be ready. I also told Giuseppe to make sure that he packs the World Cup Trophy in his luggage because I am confident that an American will return it to its rightful home on American soil at Glen Helen," Feldkamp concluded.

‰Û÷Working together with Bud and all his staff at Glen Helen is always such a great pleasure,‰Ûª Giuseppe Luongo said,

"We know each other now since a long time and we have already organized together the US GP in 2010 and 2011. Since that time MXGP has continued to grow and with Ryan Villopoto‰Ûªs arrival in the MXGP class we believe it‰Ûªs the perfect moment to return to USA with an event. The 2015 and 2016 Monster Energy FIM MXGP of USA will be the perfect preparation for the Monster Energy FIM MXoN in 2017 at Glen Helen.

"In the context of globalization it‰Ûªs very important for MXGP to be in the USA, the biggest market in the world and the country with the most victories in the MXoN. Many of the World Championship‰Ûªs partners are from USA: Monster Energy, CBS Sports Network, Go Pro, Parts Unlimited, THOR and FOX. American fans will surely enjoy seeing in their home country an event with the presence of the fastest world and American riders which is so exceptional that it can only be compared to the MXoN."