MXGP returns to Ottobiano in 2018 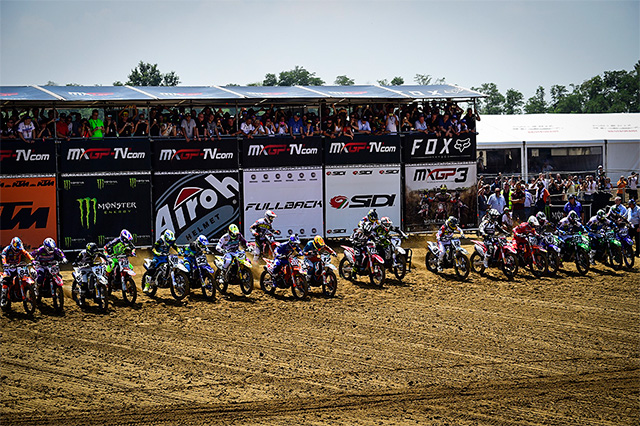 The MXGP of Italy, scheduled on June the 17th 2018, will be held in Ottobiano and will be called MXGP of Lombardia (I).

Youthstream confirmed the agreement with local promoter, Stefano Avandero, who is the promoter fo the Maggiora event, until 2021 after founding the new company: A Sport Groups, where Avandero is the sole owner.

In 2017 Ottobiano was the stage of one of the best battles of the season between Antonio Cairoli and Jeffery Herlings and was also awarded as the best paddock at the 2017 MXGP Awards. The goal for 2018 is to improve the venue even more and to let the thousands of fans enjoy the event at high quality standards.

With the MXGP of Lombardia the Italian rounds will total of 3 next season, starting with the MXGP of Trentino held in Pietramurata on April the 8th, the now announced MXGP of Lombardia held in Ottobiano, after the success of its MXGP debut in 2017, and the newly named MXGP of Italy to be held at the famous Autodromo Enzo & Dino Ferrari in Imola as the last round of the 2018 FIM Motocross World Championship.

Vice President of Youthstream David Luongo said: ‰ÛÏAfter the fantastic success in 2017, the FIM MXGP World Championship will come back to Ottobiano for the MXGP of Lombardia. Youthstream is very pleased with the collaboration with Mr.Avandero and Mr.Gualini, we share the same passion of Motocross and we thank them for their investment in the sport. On the other hand, the fans will be able to enjoy the world class facilities of the venue, a panoramic view on the track, very close to the action, and the Italian Tifosi will come to support their hero, Antonio Cairoli‰Û