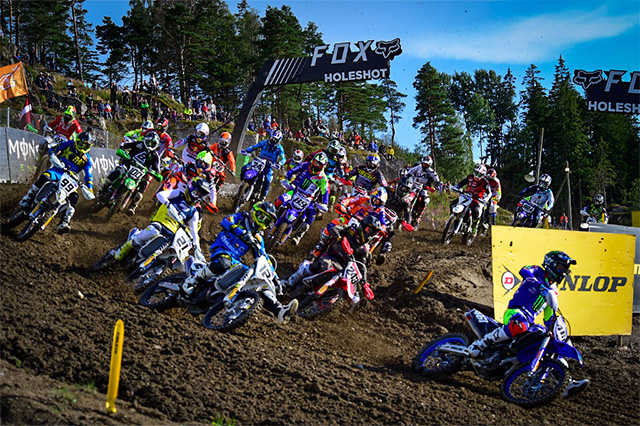 Due to last minute changes, Youthstream has stated that the organizer of the MXGP of Sweden, in Uddevalla, had to cancel the FIM Motocross World Championship event scheduled for the 12th of August 2018.

As a result Youthstream also had to cancel the EMX125 Presented by FMF racing and EMX250 races that were to run at this event.

The 2018 Championship now drops from 20 rounds to 19. The canceled MXGP of Sweden will leave a rest weekend.