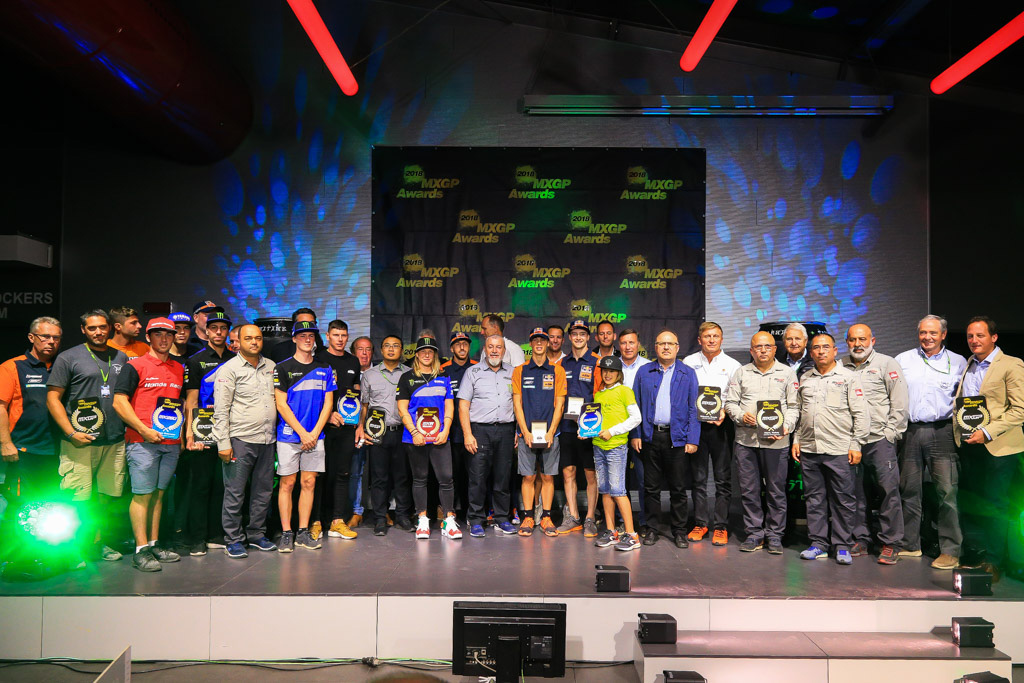 Just a short two hours after the final race of the 2018 MXGP season completed at the famous Autodromo Enzo & Dino Ferrari circuit of Imola, the annual MXGP Awards ceremony took place at the same venue.

The event is the prize giving ceremony for the entire season of accomplishments and was held on the stage of Imola‰Ûªs top of the line media center. The awards hosted by Paul Malin and Lisa Leyland.

Youthstream President Giuseppe Luongo and FIM/CMS Director Tony Skillington handed out the awards to the 2018 FIM Motocross World Champions Jeffrey Herlings and Jorge Prado along with all the industry award winners. 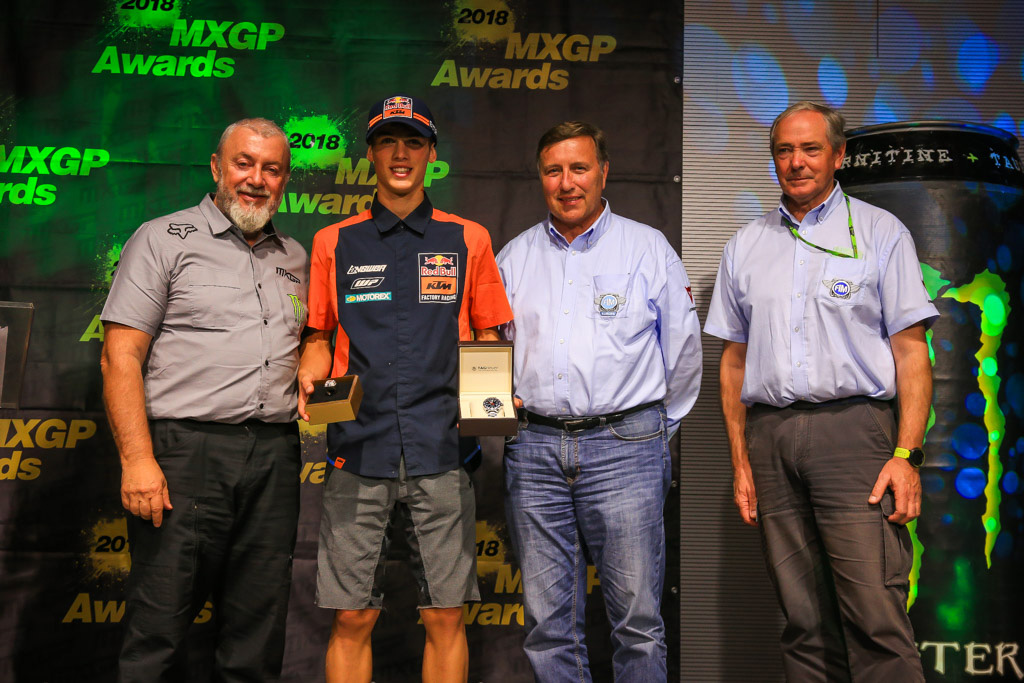 Heinz Kinigardner presented a cheque of 10,000 euro as a donation to the Wings For Life charity while MX2 rider Jago Geerts received 5,000 euros as the winner of the Jan de Groot award which honors the most promising young talent. Besides Anthony Rodriguez received the Fair Play Award, a brand new prize, with a check of 5,000 euro for helping Thomas Kjer Olsen out of dangers way during the MXGP of the Netherlands. 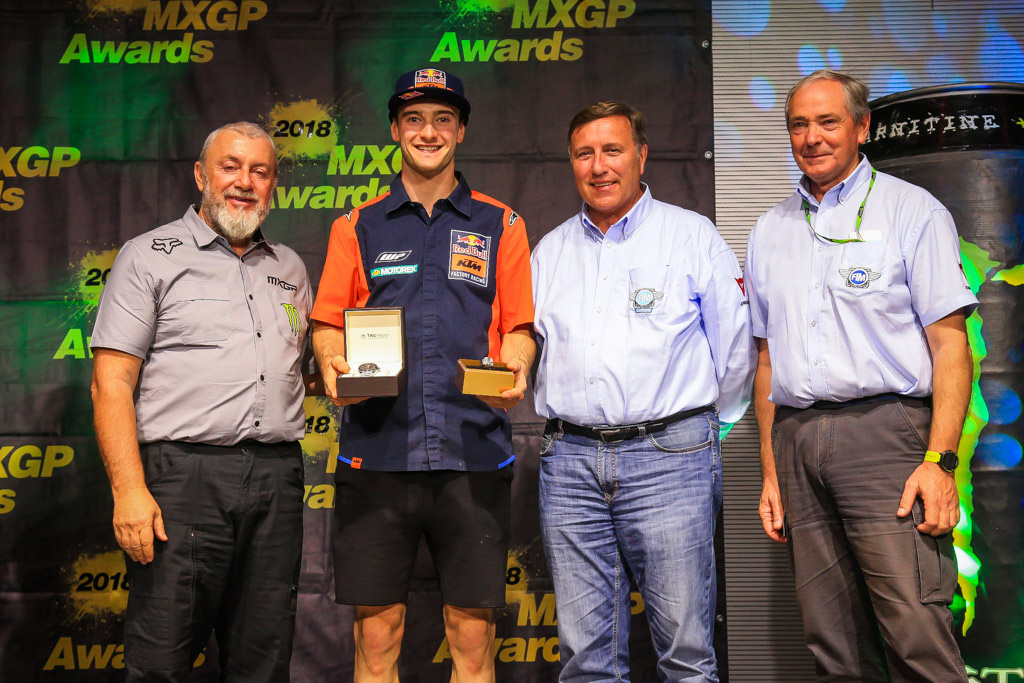 MX1 Champion Jeffrey Herlings.
Jeffrey Herlings and Jorge Prado were welcomed on stage as the winners of the Tag Heuer Fastest Lap competition where the received exquisite watches as an award.

Fox Head Europe‰Ûªs Marketing Manager Austin Hoover also joined Mr. Luongo on stage to award Antonio Cairoli and Jorge Prado with their cheques for 10,000 and 5,000 euros as winners of the Fox Holeshot competition. 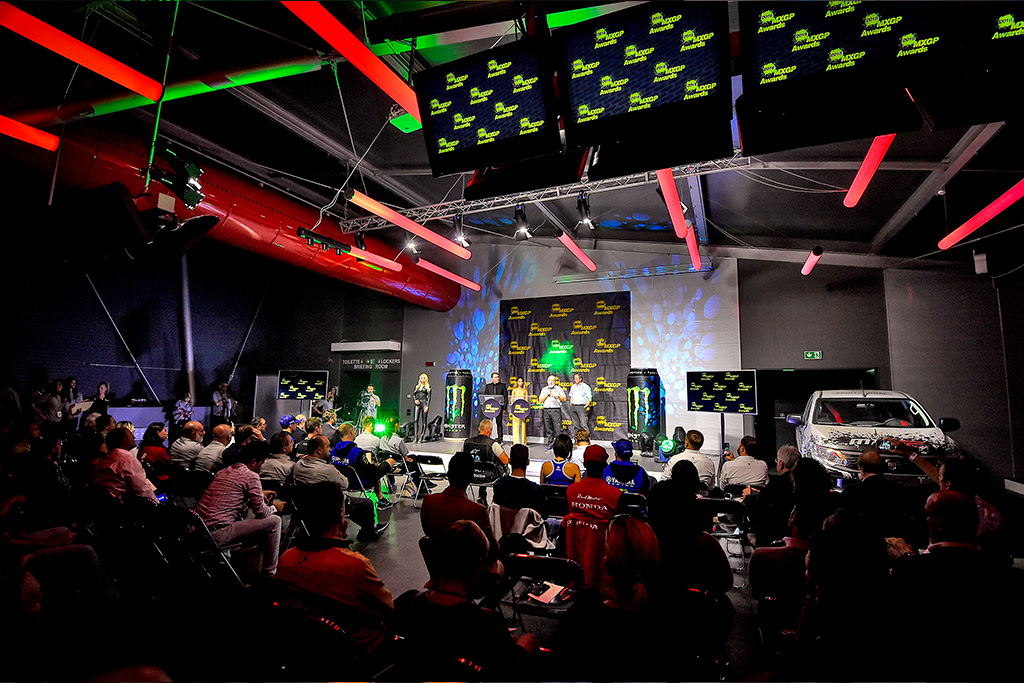