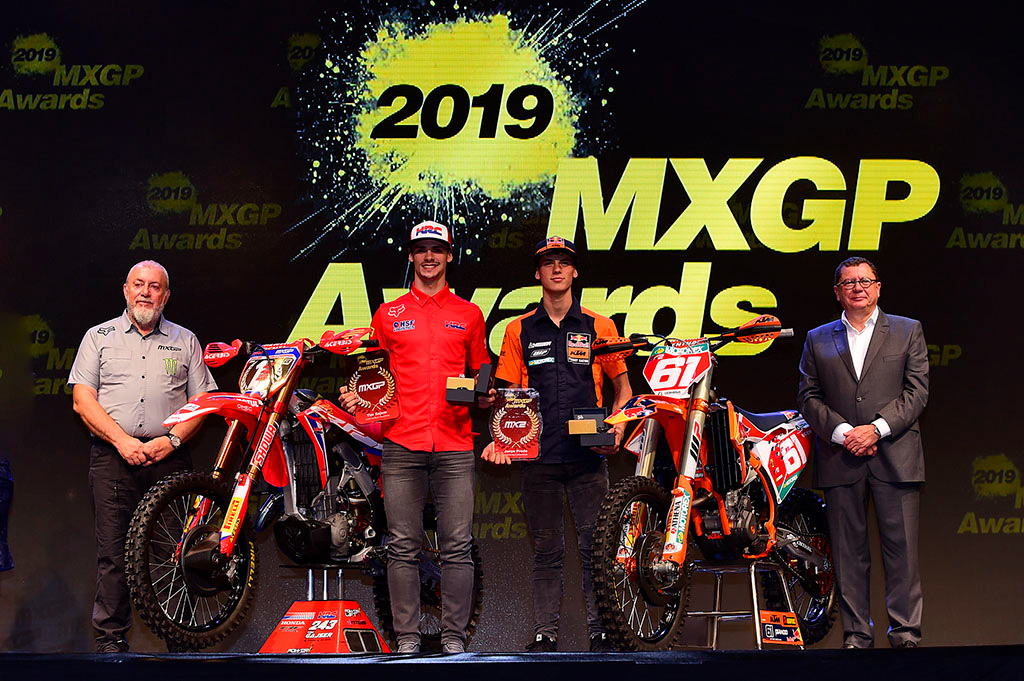 Following today‰Ûªs qualifying races, at the famous Assen TT circuit, the party moved to the expo hall, where riders, journalists, photographers and team plus more gathered to celebrate this year‰Ûªs achievements.

The MXGP Awards is a prize giving ceremony, designed to celebrate the accomplishments from this season in the MXGP paddock. The awards were hosted by the voice of MXGP-TV Commentator Paul Malin and MXGP-TV Presenter, Lisa Leyland and it was live streamed worldwide on MXGP-TV.com.

To kick off this evening‰Ûªs festivities, Youthstream President Giuseppe Luongo, FIM Vice President Jacques Bolle and Region of Drenthe Deputy Henk Brink took to the stage to welcome the MXGP guests for the 2019 MXGP Awards.

Luongo and Bolle personally awarded the seasons most prestigious awards to the 2019 FIM Motocross World Champions, Tim Gajser and Jorge Prado at the end of the celebration while Youthstream CEO David Luongo together with FIM Europe President Martin De Graaff awarded the the 2019 European Champions, Roan Van De Moosdijk, Mike Kras, Mattia Guadagnini, Edvards Bidzans and Vitezslav Marek. David Luongo was joined later on by Bolle to award the WMX and the Junior World Champions.

Tom Vialle picked up the Jan de Groot Award that honours the most promising young talent. Also receiving an award was Max Anstie, who was awarded this year‰Ûªs Fair Play Award for helping Romain Febvre, who was trapped under his bike, during the MXGP of Germany in Teutschenthal. Unfortunately, Anstie was not present to collect the award in person.

As the evening moved on, Heinz Kinigardner was presented a cheque of 10,000 euro as a donation to the Wings For Life charity. Taking the emotional atmosphere on stage Gregoire Courtine and Jocelyn Bloch from IRP joined Paul Malin and Lisa Leyland on stage to tell more about the very important work that they do as part of the IRP charity. The IRP specialise in the rehabilitation of life changing injuries, especially those suffering from paraplegia. It was a special moment, as on stage they showed the public in attendance the impressive work IRP does. The IRP and MXGP have been in collaboration to raise funds for more important research carried out.

World Champions, Tim Gajser and Jorge Prado were both presented as the winners of the Tag Heuer Fastest Lap competition, receiving a fine-looking Tag Heuer watch as an award while Fox Head General Manager, Julien Bretagne awarded this year‰Ûªs Fox Holeshot competition to Antonio Cairoli and Jorge Prado with their prize. Both riders have previously won this contest in 2018. 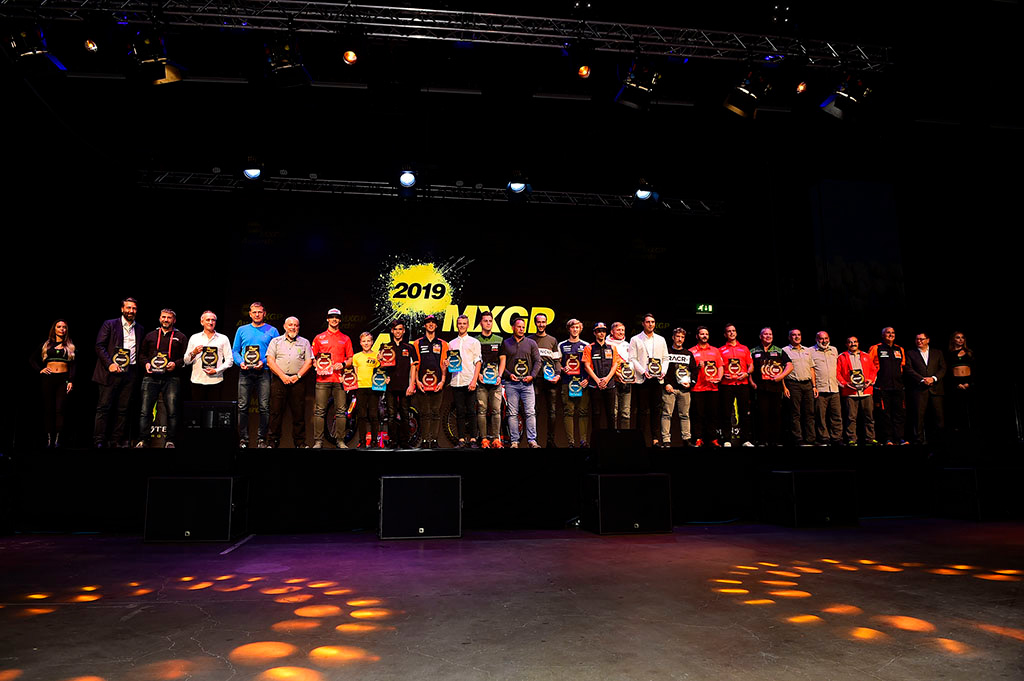 For the complete list of award winners, see below: