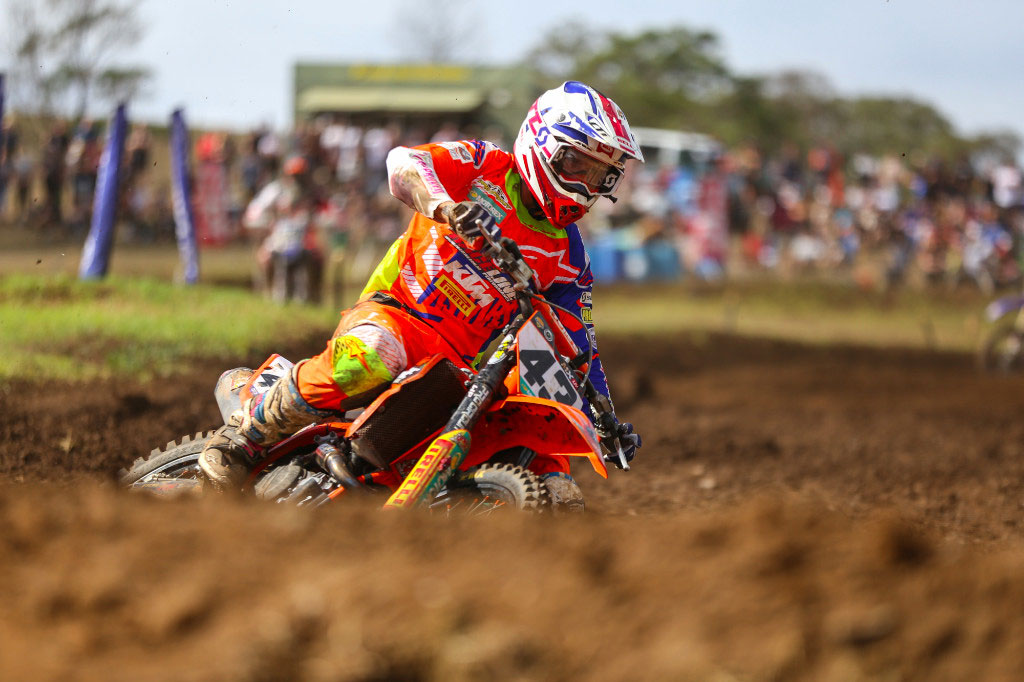 Despite some harsh learning curves, Mitch Evans sits in a respectable 5th place in the MX1 standings after tewo rounds. Photo: MXN Images
It was a weekend of lessons for Raceline Pirelli KTM‰Ûªs MX1 rookie Mitch Evans, who secured a top ten finish at Round 2 of the Pirelli MX Nationals at Appin, NSW.

With Evans‰Ûª first appearance for the team at round one delivering him an MX1 podium, the Queenslander had high expectations of himself coming in to the second outing of the season. However, despite showing lightening fast speed, Evans concluded the round just inside the top ten.

Evans proved his capabilities from the minute bikes hit the track at Appin, qualifying fourth fastest and gaining entry into his second consecutive Raceline Performance Superpole -where he clocked the third quickest time (1:36.920).

Unfortunately, in moto one Evans went down during the opening laps and was forced to make his way through the field, eventually concluding the 30-minute moto in ninth position.

Race two was also full of action. With the moto initially red flagged due to an incident on track, the MX1 riders were restarted in staggered form. Evans then started from dead last due to an earlier crash and wrapped up the second race of the day in tenth. With two top ten results at Appin, Evans concluded the round in tenth overall.

‰ÛÏIt wasn‰Ûªt exactly the weekend that we wanted. I had bad starts and I was probably too aggressive in the first couple of laps which resulted in crashes,‰Û